Hi Carl, and hello to all of our listeners out there. Tonight I’m going to review two films that are playing in theaters now.

First up, “Being the Ricardos” is a biographical drama. Written and directed by Academy Award winner Aaron Sorkin. 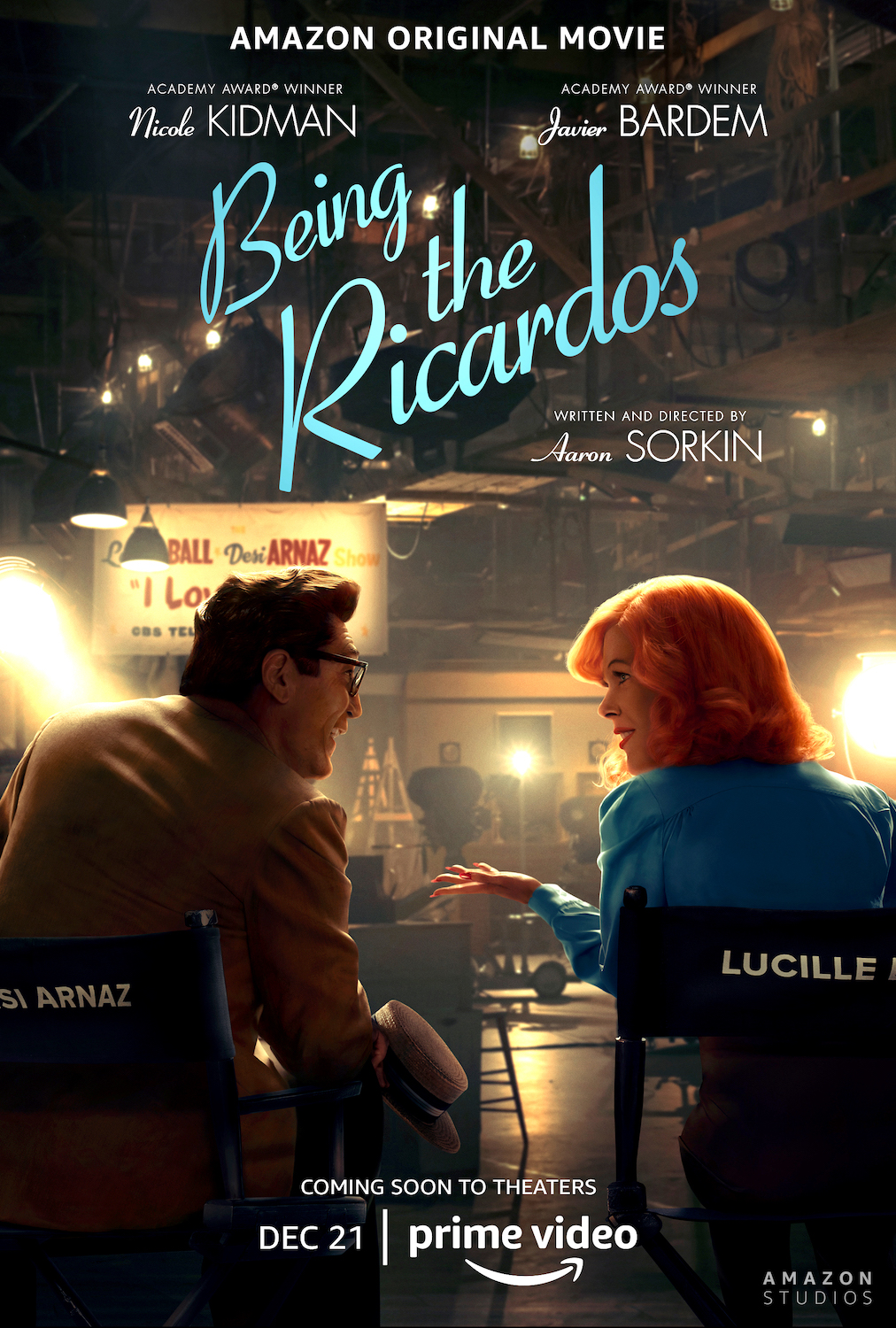 The film is marketed as taking place during a one-week period in the 1950s, although many other life events are also covered.

The transition to the black and white original “I Love Lucy” with the real-life Lucille Ball is a brilliant move.

We view the “I Love Lucy” rehearsals and Lucille Ball’s vocal input in every aspect of the show. Sorkin highlights her gift of comedy mixed with the stresses of dealing with a controlling husband.

I thoroughly enjoyed viewing “Being the Ricardos” as the performances are excellent by Kidman and Bardem. I also enjoyed Lucille Ball’s early work on her very successful radio show!

I’d say 3 and a half stars out of four. “Being the Richardos” is also streaming on Amazon.

Check out the Hollywood 360 podcast: https://bit.ly/Hollywood-360-Ricardos