Happy Father’s Day weekend! First up “Dads,” it’s a comedy and documentary film centered on dads by director Bryce Dallas Howard, Ron Howard’s daughter. The film premiered in Toronto in 2019. I was able to attend the opening and interview Ron Howard and his daughter Bryce on the Red Carpet before the film.
Bryce wanted to celebrate not only being raised by a wonderful Dad, but also her loving and caring grandfather. Streaming now on AppleTV+.

It’s fair to say Bryce Howard comes from Hollywood royalty, as she’s the star of the Jurassic World franchise, her father Ron Howard is an award-winning filmmaker and a child actor in the TV series “The Andy Griffin Show.” Interestingly enough, the film touches on Ron Howard’s dad, Rance Howard, who had a hand in changing the beginning relationship between sheriff Andy Griffin and his son Opie (Ron Howard). The writer’s initial thoughts were of a smart-alec kid, similar to other sitcom kids at the time was the way to go. Rance Howard had other ideas. He asked the writers if they’d give Opie a chance to have a loving father and son relationship. The writer’s agreed, and the rest is history. 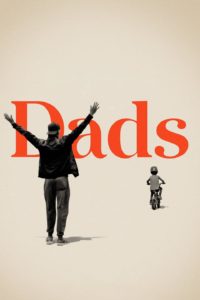 The famous dads share comical moments, although they are more on the serious, misty-eyed group. Ron Howard takes his dad job seriously as he tears up speaking about his own dad and his responsibility as a dad. As the dads are moved to tears— an important undying message is conveyed—it’s okay for dads to cry.

The Daddy-Video Bloggers look at the comical side of child-rearing as well as the serious side—the negotiating, the potty training, and general caring for the kids. One stay-at-home dad in Tokyo is featured who almost committed suicide when he learned that an illness would prevent him from being the primary breadwinner. A white same-sex couple adopted four African-American children over six months—we are shown their new life on a farm. The diversity of the dads is substantial; different styles of parenting from around the globe are highlighted—all with the common thread of love at the core.

The Bottom-Line: I’m all in four stars out of four, anecdotes, humor, and wisdom from Hollywood fathers, Will Smith, Jimmy Fallon, Kenan Thompson, and Jimmy Kimmel, along with others answer the question, “What does it mean to be a dad in today’s society?”

Check out the Radio Podcast on Hollywood 360 Radio Network: http://www.hollywood360radio.com/dads-★★★★-and-artemis-fowl-★★%C2%BD/