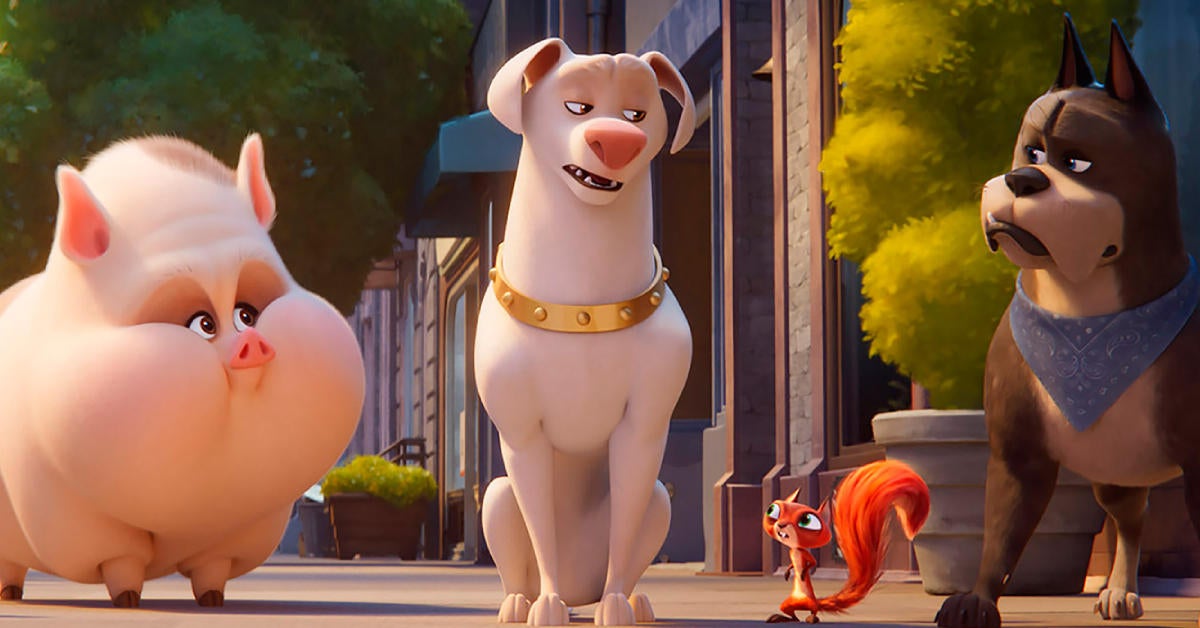 Beginning with a suave Superman and Krypto the Superdog, we see their friendship bond as Krypto is happiest by Superman’s side. The song “You’re my Best Friend” by Queen playing in the background is spot on. Jealousy and fear of losing his best friend begin when Superman becomes smitten with Lois Lane. The smart script is geared toward kids—DC League of Super-Pets will not only entertain kids; it seeks to teach them about life’s disappointments and how to handle situations. We also find out that Superdog has powers as well, x-ray and telescopic vision, superhuman strength, lightning speed, the ability to fly, and enhanced senses. Superman and Superdog fly around their city and look for a crime.

John Whittington shares the co-writing with directors Jared Stern and Sam Levine in hopes of creating a screenplay that appeals to both kids and adults— their goals have been realized as both kids and parents were laughing and applauding at my screening. The colorful imagery and the attention given to details add to each character’s personality, of which there are many.

The central villain, Lex Luthor (Marc Maron) tries to acquire orange Kryptonite in the belief it will give him superpowers. Similar in look to frozen icicles, it has a neon orange glow; pieces of it do break off in an animal shelter giving super powers to all animals. One of them is Lulu (Kate McKinnon), an angry, vengeful hairless guinea pig who was once an assistant to Luthor in his laboratory.

The talented voice cast, along with the life lessons in the movie and the humorous, clever writing, make this movie a hit. It’s the perfect summer flick to see in the theater for all ages. My favorite line is when Krypto, the super dog’s dad, says to him, “Look at yourself and be truthful.”