Hi Carl, tonight, I’ll review a series and a movie that you can watch online: First Up, “Emily in Paris,” a new streaming series on Netflix. It stars Lily Collins, yep that’s Phil Collin’s daughter, she’s Emily, an advertising intern who has just moved to Paris from Chicago. The series is a delectable confectionary treat, similar to indulging in those double-decker macarons from Ladurée, the French luxury bakery and sweets maker since 1862. Collins is a delight—her chic wardrobe alone is a reason to watch, as her outfits are the eye-candy of the series. 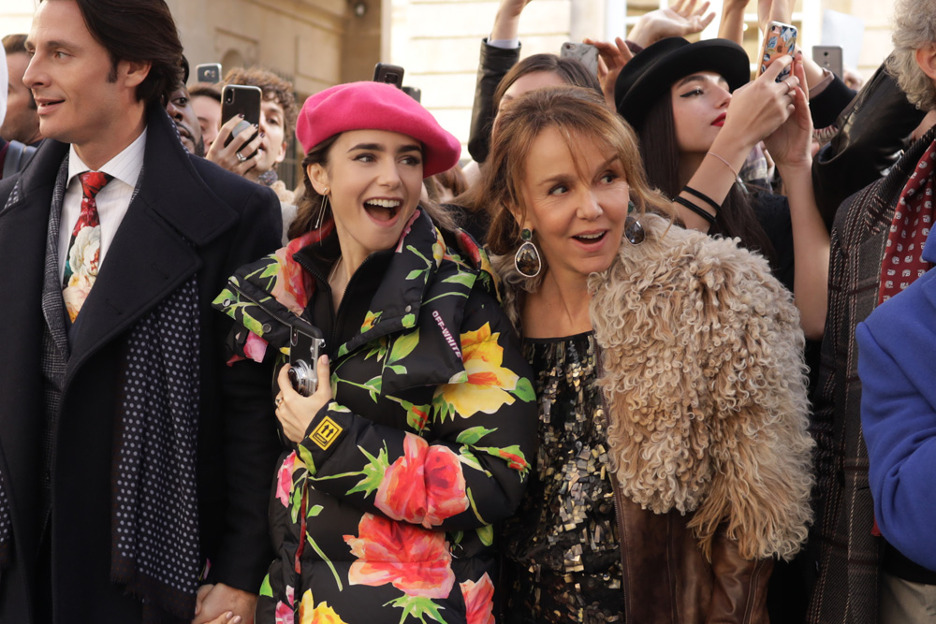 Of course, the city of Paris is a character, as we view the moonlit nights along the Seine River as the Eiffel Tower’s silhouette glows in the background, the wide shots are especially dreamy. The easy-peasy, light, and breezy storyline has no hidden agenda; it’s full-on Emily in couture fashion navigating a foreign country, dating, making new friends, while dealing with a “Devil Wears Prada” boss, Sylvie (Philippine Leroy-Beaulieu). She rules the roost in the office, and most stand at attention when she enters the room. Emily is a product of the American corporate way of nourishing female mentorship; she is not prepared for her new boss’s contemptuous fight. 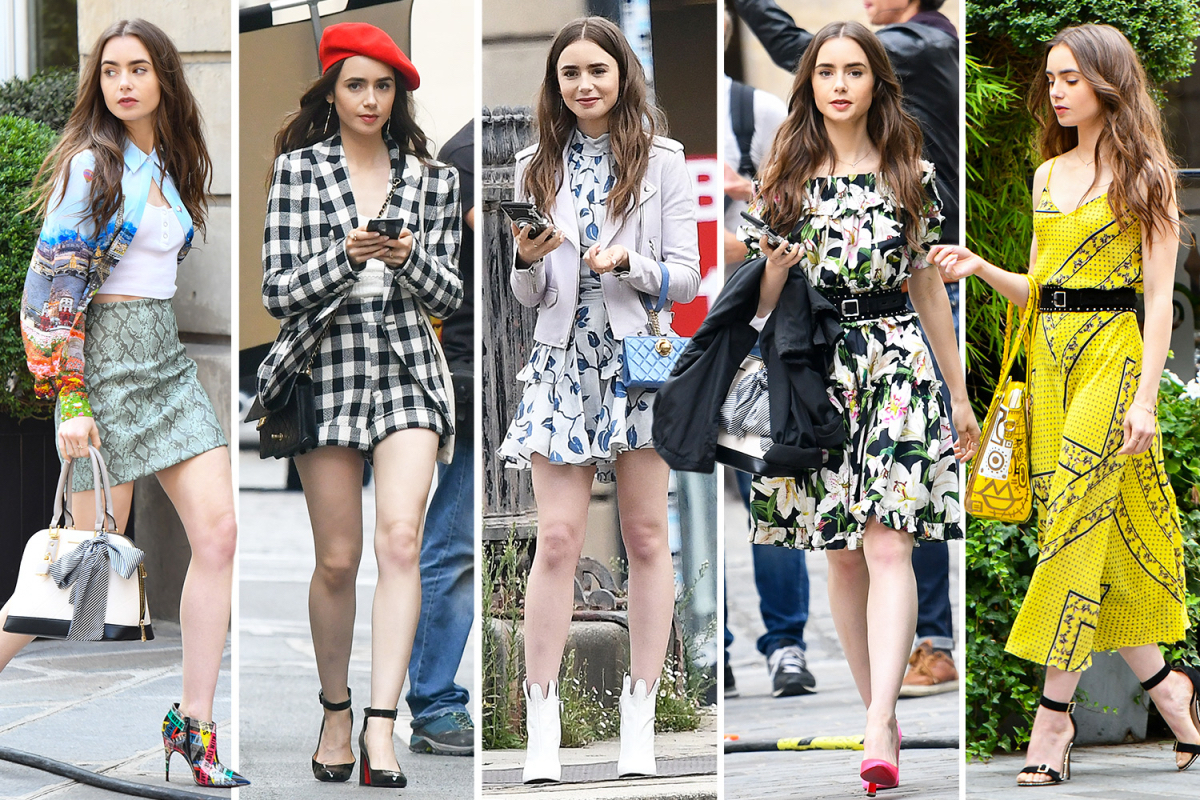 Emily’s Haute wardrobe that includes several token woolen berets makes a statement regarding her confidence, she sashays into work ready to take on the Paris fashion world, and she gives it a perfect try. She’s stylish, charming, fun, and highly verbal. She has many different encounters with men that would love to claim her as a girlfriend. Although, we see shades of Audrey Hepburn in her ultra-charming performance.

“Emily in Paris” has been slammed a bit by its too stereotypical script in French culture. Honestly, I’ve been to Paris nearly 20 times, and I can attest to the snobbery, blatant rudeness, and French people’s anger when you do not speak nor understand their French language. On the other hand, I’ve encountered many more French people that are kind, helpful and eager to make sure you are comfortable in their beloved city. Yes, they arrive in the office well after 10:30 or 11:00 AM as they’ve needed their morning sleep after indulging in French cuisine the evening before starting with a 10:30 PM dinner reservation. As Americans, we may find the late morning arrival as laziness, yet nothing could be further from the truth.

Hopefully, Darren Star, creator of the “Sex and the City” HBO series, will find a balance incorporating French culture without pointing fingers. As for myself, I savored the last two episodes, not wanting the series to end.