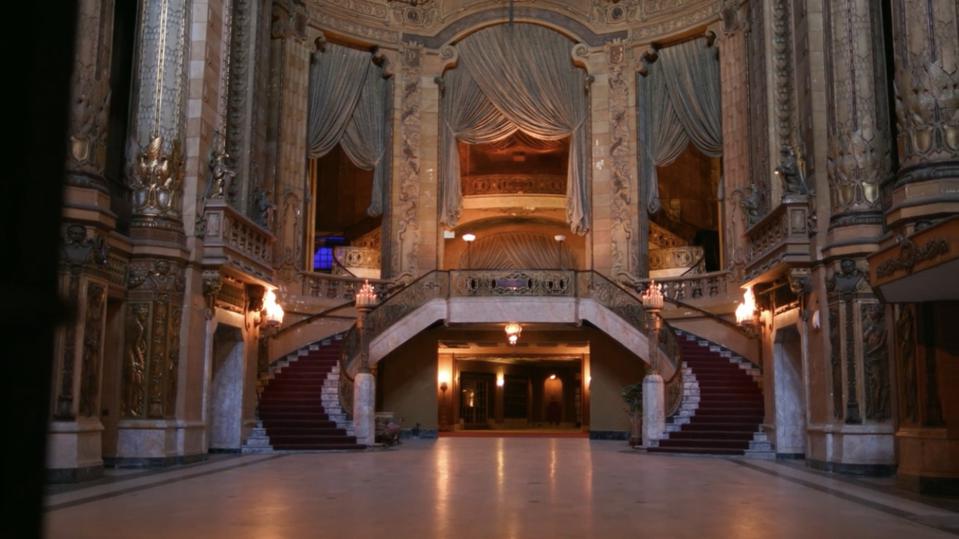 Writer, Director April Wright’s Documentary brings us a historical look at the extravagant movie palaces of the 1920s. Did you know that a movie palace during that time could seat 6,000 people?

The film is a celebration of a bygone age in which movie attendees dressed for the occasion. The grand palaces were meeting places for all to enjoy. Focusing on the concept that movie watching with large crowds is a unique experience, I do concur. My first movie theater experience still floods my memory with delight. At the age of seven, I attended a birthday party in Hollywood at Grumman’s Chinese Theater; I thought all movie theaters were as grand for many years after that.

I enjoyed Leonard Maltin’s retelling of the early days in the feature-length films as well as the variety of theater historians, owners, and workers from across the country. You will learn that Samuel “Roxy” Rothafel, he gave his nickname to a Times Square theater in New York and later helped develop Radio City Music Hall and Balaban & Katz. They built massive movie palaces in Chicago, of which I’m very familiar.

April Wright is on a spree with three historical docs that are well researched, excellently organized, and visually stunning. I’m way in 3 and ½ stars out of four—an outstanding historical film.