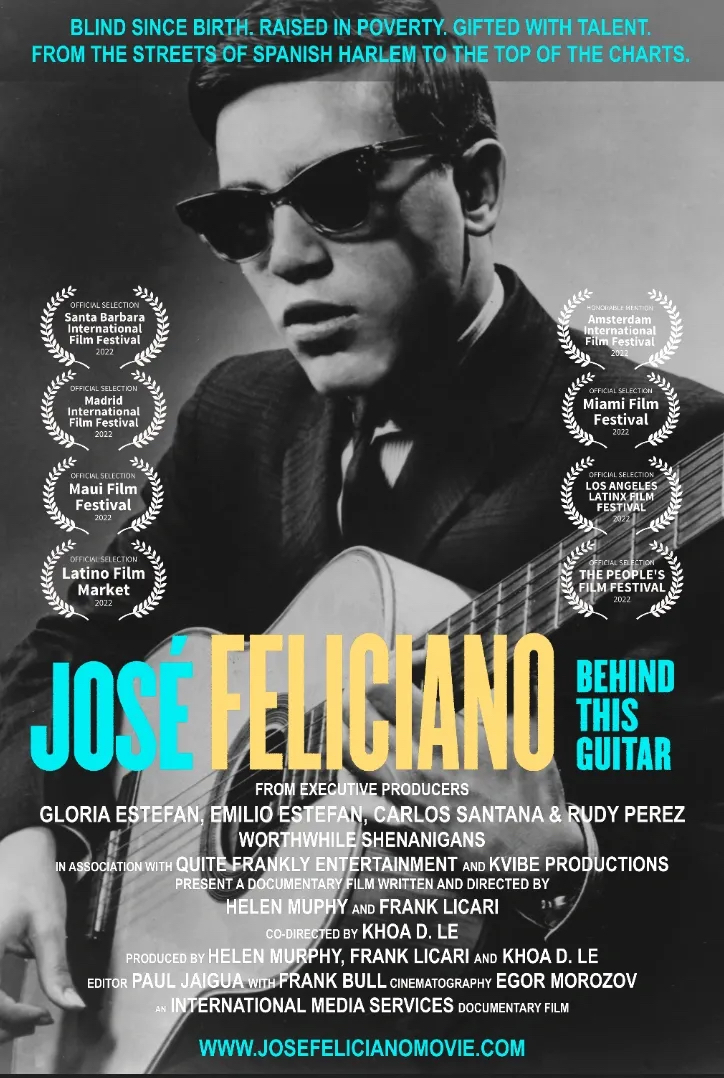 Hi Carl and Hello to all of our listeners out there; tonight I’m going to talk about a documentary that is playing in theaters, “Jose Feliciano: Behind This Guitar.” Here’s an up close and personal look at a talented singer and songwriter who helped break discrimination barriers.

José Feliciano was born blind and came to the United States from Puerto Rico at a young age. He was one of eleven boys in his family and lived in poverty in New York. By the age of nine, he was playing the guitar—very well!

Carlos Santana and Gloria Estefan appear in the film and speak about his work ethic and comedic side. We see him introduced by countless hosts—I grew up listening to his music and watching his performances. Through recent interviews, archival footage, photos, and concert video recordings, co-directors Frank Licari, Helen Murphy, and Khoa Le paint a portrait of an accomplished musician who won many awards. 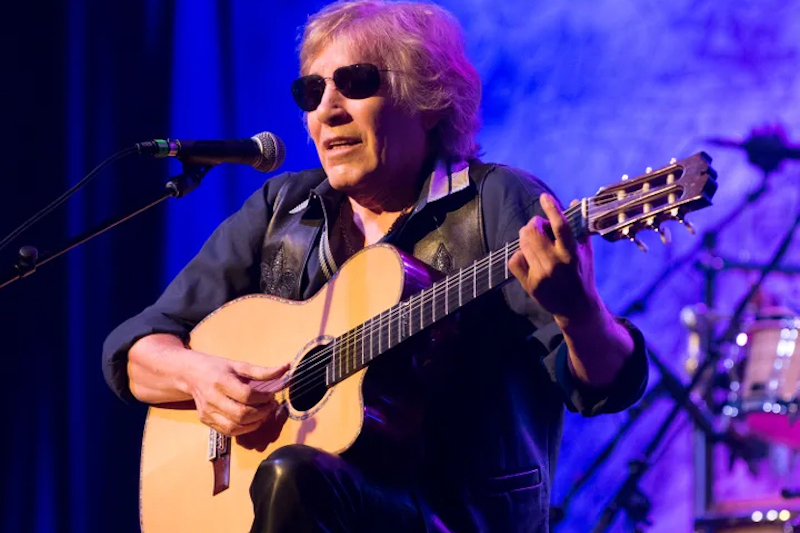 Despite his handicap of being blind, he gained inspiration from others, especially Ray Charles, as he continued to follow his dreams. His honesty and recollections are sincere and heartfelt. It’s clear he truly loves what he does and takes great pleasure in bringing joy to others through his performances.

He’s a role model for others to follow, as clearly, through only his hard work and determination did, he succeed in his competitive music business. He didn’t let his blindness or Latino heritage stand in the way of his achievements. His charismatic personality shines brightly in the doc, as filmmakers have captured his persona completely. There’s something special about seeing a person who takes pride in their work and is willing to share with the world.

The Bottom-line: I’m way in 4 stars out of 4. “José Feliciano: Behind This Guitar” presents an amazing portrait of an individual over coming a physical handicap as well as a diversity issue.

This is one of the best documentaries I’ve seen as it covers so much inside information and gives a complete picture of the person.

Thanks so much for listening in tonight. I’m Sarah Knight Adamson for Sarahs Backstage Pass.

Listen in to the Hollywood 360 Radio Podcast Review: https://bit.ly/jose-feliciano-H360