“King Richard” (PG-13) was shown at the Caraway Village Drive-In, in Chapel Hill, NC, as part of Film Fest 919’s lineup. The inspiring biographical story of Richard Williams, played by Will Smith, the father and coach of the famous tennis stars Venus and Serena Williams is a crowd-pleaser!  The film is directed by Reinaldo Marcus Green and written by Zach Baylin. 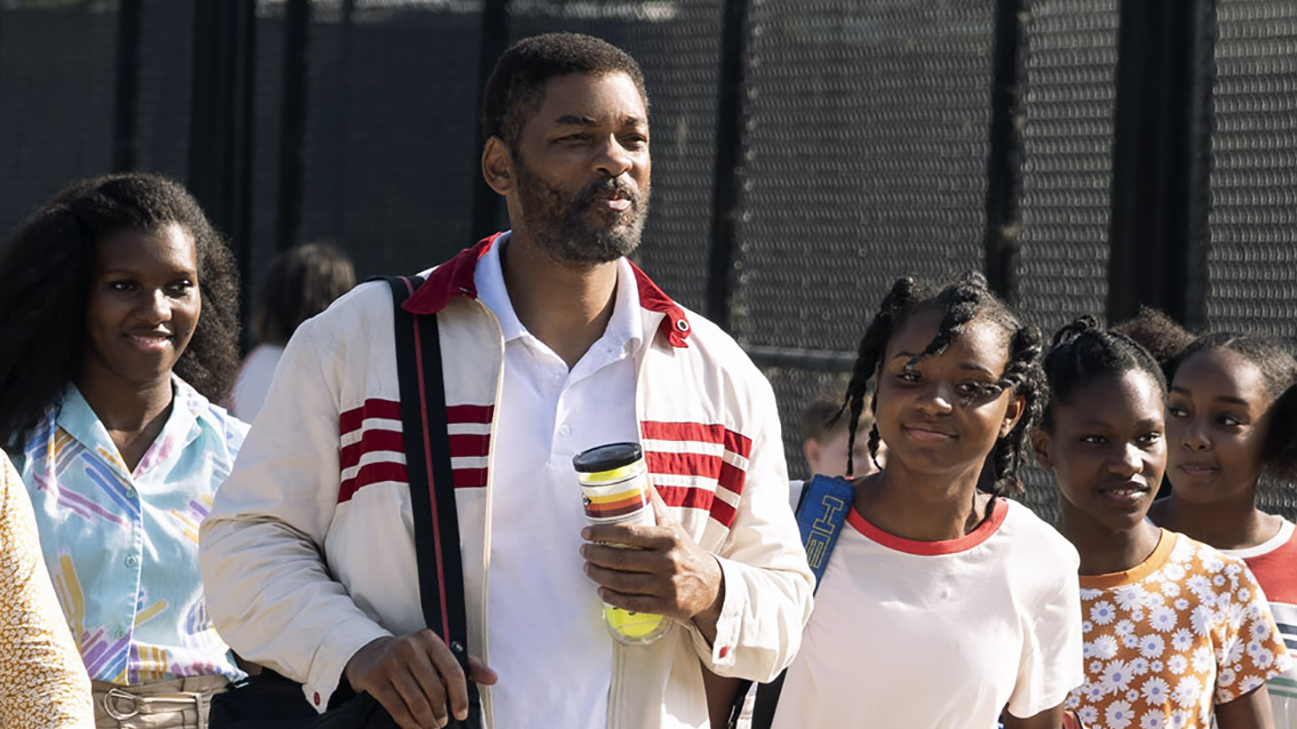 The moving story is about a father who is determined to raise his daughters to be world champions—what is noticeable in the script is the strong mother-figure role as she’s the balancing act between he and the family. Utilizing a 78-page plan with a clear vision of the outcome, Williams plows ahead in his mission. The difficult circumstances are only obstacles to be overcome, especially pertaining to the neglected tennis courts in their city of Compton. Finding a work-around in every situation is intriguing to watch and serves as a model for others to follow—although perhaps not so brazen as Williams.

Will Smith transforms into his character, bringing us a nuanced and award-worthy performance. You can’t help but root for the entire family—especially as they load up all their belongings and travel cross-country to Florida’s pristine tennis training facilities. Yes, a leap of faith, although ‘the plan’ is central to the story.

I also appreciated the acting by the ‘Serena sisters’ Venus (Saniyya Sidney and Serena (Demi Singleton), showing us their athletic prowess. Each girl has her own strengths, which lifts the other. They were raised to champion each other’s success without jealousy, an important aspect to remember in raising siblings. The heartwarming script offers a role model to loving parenting, with education at the forefront.

The ending credits do show photos of the real family, which I always enjoy. Here’s a family film I can’t recommend enough.