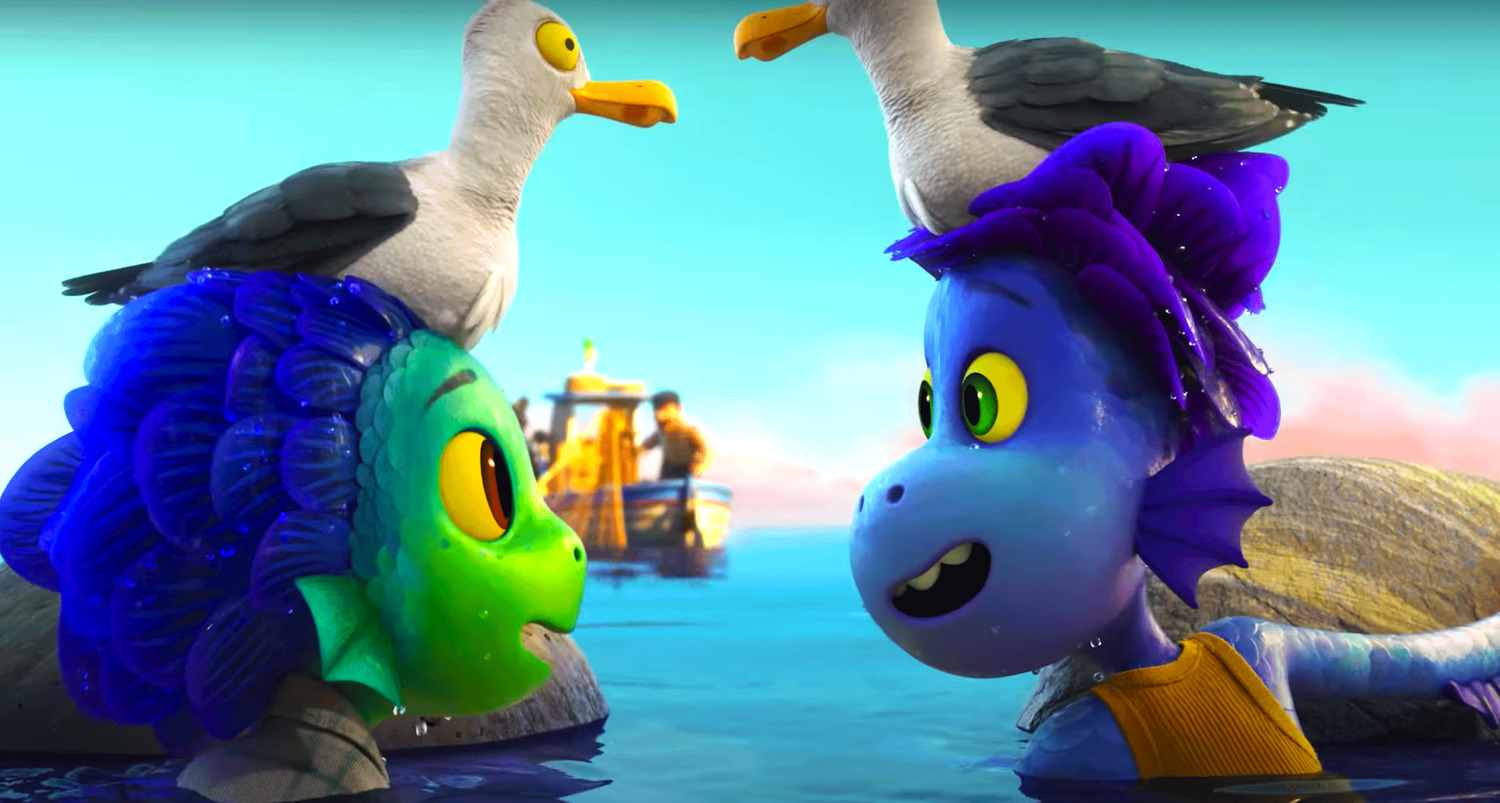 The animated Disney-Pixar movie “Luca” is streaming now on Disney+ and tells the story of a small fictional town of Portorrossa in the Italian Rivera during the 1950s. Luca, a young boy, voiced by Jacob Trembly, has a delightful summer eating gelato ice cream and mouth-watering past—he also enjoys the hyper-speed Vespa rides with his new best friend, Alberto.

The boys possess a big secret; they are actually sea monsters from another world that live just below the sea. When they are on land, they magically transform into boys—although any type of water will change them into sea monsters.
The film is directed by Academy Award® nominee Enrico Casarosa and stars Maya Rudolph and Jim Gaffigan.

The Bottom-line: I’m in, three and a half stars out of four. I screened “Luca” with a 5-year-old, Calvin, and a 7-year-old, Tyler; we all liked the movie so much we watched it twice. The film has messages of accepting others’ differences and breaking down barriers. We also loved all the humor, the magical and brightly colored scenes, and the energetic musical score.

On the negative side, the script by Jesse Andrews and Mike Jones could use further depth—we see a dad who has lost an arm, although it’s glossed over in a joke. Showing the adaptations that dad needed to learn to have a working life as a fisherman would resonate with kids. I applaud the decision to cast characters with disabilities, yet further visual and verbal explanation is needed for kids to understand the situation and challenges fully.

Luca is streaming now on Disney+.

Thanks for listening in tonight to the review of Luca; this is your TV and Movie critic, Sarah Knight Adamson; check out my website at Sarah’s Backstage Pass.com, and I’ll see you next week.