Hi Carl, I’ve got two movies that opened on December 25. First up: “News of the World” based on the bestselling 2017 book by Paulette Kay Jiles. After reading this great book, I thought this would be an excellent movie, and sure enough, it is! Streaming now on Netflix.

The film stars Tom Hanks as a retired Civil War Captain, Jefferson Kyle Kidd. Helena Zengel, as Johanna Leonberger, plays a 10-year old girl he is paid to deliver to her aunt and uncle; she had been living with the Kiowa people for the past four years after they kidnapped her and murdered her parents. 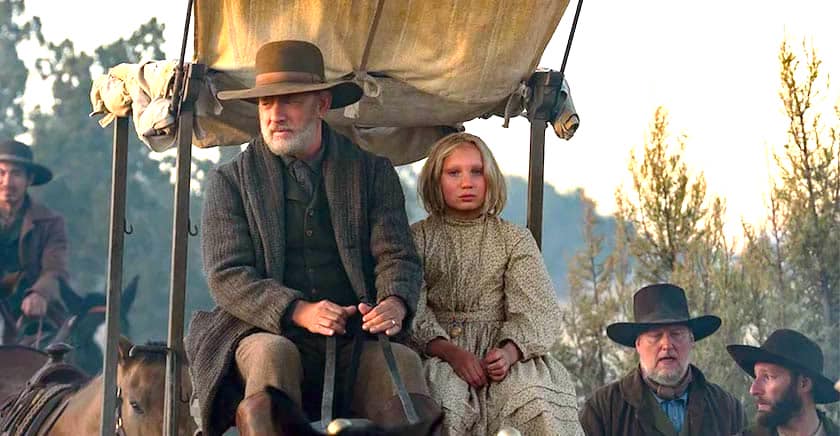 Their long journey turns into a fight for survival as they encounter danger from both humans and natural elements.

Clip: “Captain, why are you doing this? She needs to laugh and dream; she needs new memories.”

I’m way in four stars out of four screenplay writer, and director Paul Greenhouse presents a story of compassion, love, and family. “News of the World” is my favorite movie of 2020. Tom Hanks’ acting is phenomenal—he is the reason to see the film along with a break-out performance of Helena Zengel.

Check out my Radio Review on Hollywood 360 Radio Network: http://bit.ly/NewsoftheworldH360