Hi Carl, and hello to all of our listeners out there. Tonight, I’m going to review a popular TV show that’s streaming now on Hulu, “Only Murders in the Building.”

After a suspicious death in their apartment building, the three neighbors decide to start their own podcast about their own investigation of the death, which the police ruled a suicide. 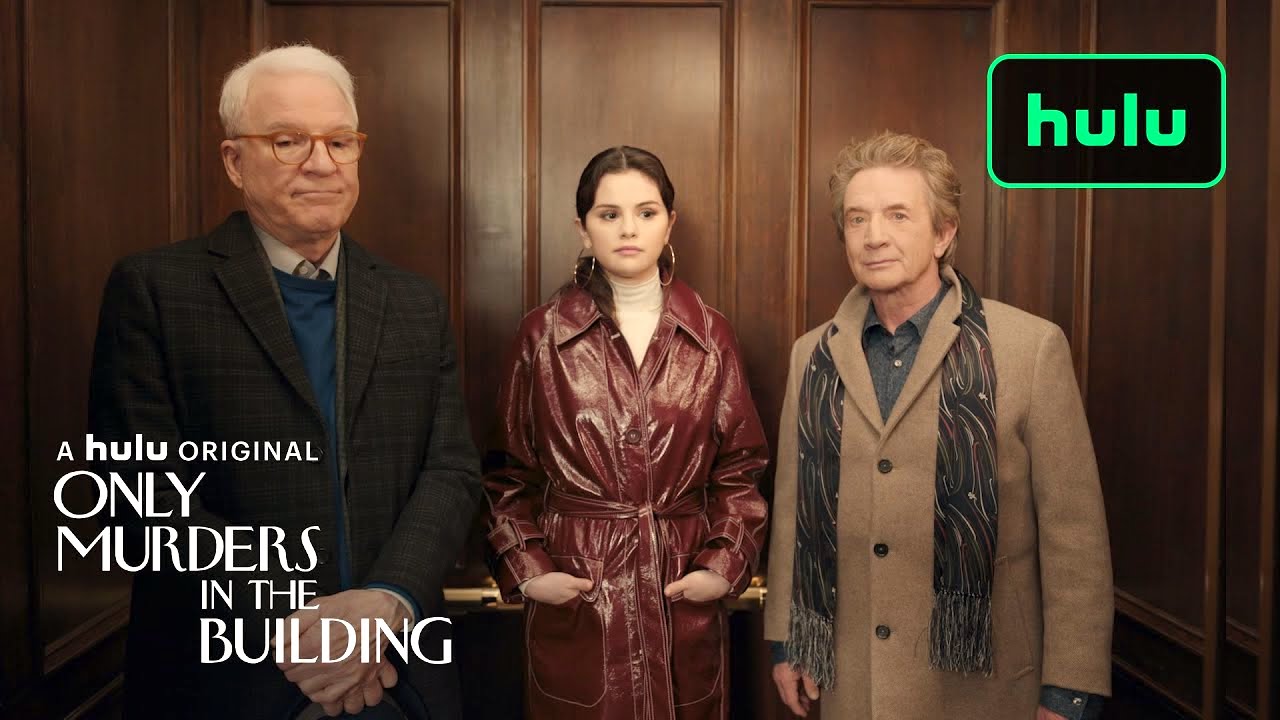 Steve Martin and Martin Short play off each other with their signature chemistry as Selena Gomez makes a captivatingly poker-faced foil to the two older men. Together, they are an unlikely trio, yet are fixated with true crime. So much so they make their own podcast after a neighbor dies under mysterious circumstances.

Steve Martin plays the sour, pondering killjoy with discreet eccentricities. He lines up bell peppers in a pattern and makes omelets he never eats, self-talks about his father, and plays the concertina, an instrument that looks like a small accordion.

Martin Short is very lively and energetic as Oliver; he’s the life of the party and keeps the laughs coming. His quandaries are all his own making, yet he’s not always trying to jostle his way out of them. He’s simultaneously annoying and endearing while garnering the best punch lines.

I’m way in 3 ½ stars out of four; the series has something for everyone: themes of loneliness, friendship, and humor. I love generational scripts, and this one is pitch-perfect.

Next up Sundance update: Some Grand Jury Prizes were awarded to the films Nanny, The Exiles, and All That Breathes. Some of the Audience Awards were Navalny, Cha Cha Real Smooth and Framing Agnes.
My favorite films of the 20, I screened were Lucy and Desi, The Princess, Emily the Criminal, We Need to Talk About Cosby and Tik Tok Boom.

Check out my radio podcast on Hollywood 360: https://bit.ly/OnlyMurdersintheBuilding