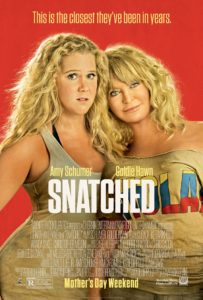 Here’s my quick take on the film:

I laughed the entire 90 minutes of the film. Amy Schumer and Goldie Hawn are both funny, but the supporting cast; Wanda Sykes, Joan Cusack and Ike Barinholtz (who plays the paranoid brother) are hysterical. The Mom and Daughter are held captive for like…2 minutes, and the rest of the film is slapstick comedy. It did remind me of the shenanigans in the “The Hangover Part 2” similar to the guys running around in Thailand except no fingers were cut off…in Ecuador, Amy has a disgusting tapeworm that is hand extracted, and a bad guy gets stabbed with a harpoon. I also loved seeing Goldie Hawn back on the big screen, even with a somewhat compromised performance…she took the back seat in this film.