“The Batman” out of the gate, my reaction is wow! Robert Pattinson’s “Batman” has a gothic look and brooding attitude, fighting crime in a rainy, dark, gritty Gotham City. Co-writer and director Matt Reeves frames the caped crusader as a lone wolf who hunts, and at times he’s the one being hunted. He’s dark, depressed, and angry, like many living in the same dark city. A significant character change for the past—he’s more reclusive, socially distant, and could not pass as Bruce Wayne. The anarchy around him is his primary focus. 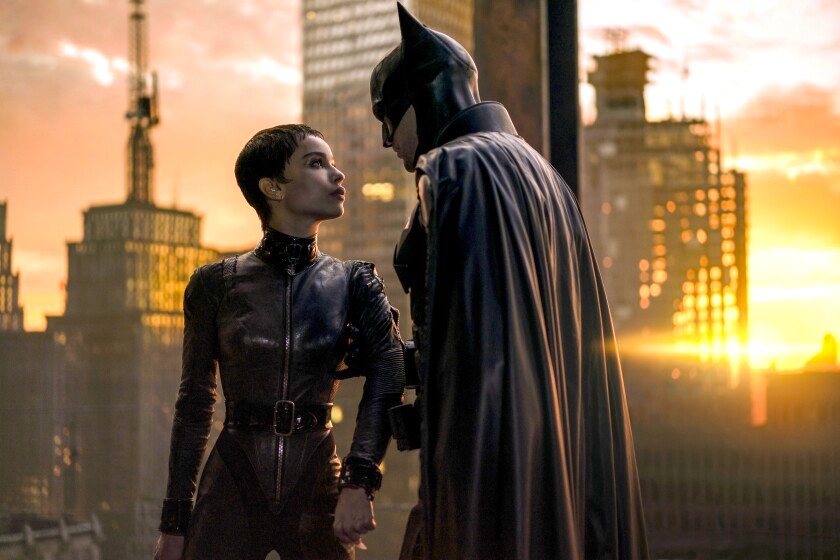 This brooding Batman is aware that his war on crime is failing. The police are somewhat helpless as the criminals have the upper hand in Gotham City. And speaking of criminals, The Penguin (played by Colin Farrell of “Fantastic Beasts and Where to Find Them”) is barely recognizable. Carmine Falcone (played by John Turturro of “The Taking of Pelham 1 2 3”), the undercover mob boss and friend of the Wayne family, is not Batman’s main problem in this story. Here, he’s being manipulated and mentally tortured by the murderer, The Riddler, played unnervingly by Paul Dano.

The bright light in the three-hour movie is the progressive relationship between ‘The Batman’ and Catwoman played purr-fectly by Zoë Kraviz; their instant chemistry is highly effective in their push-pull connection. Kraviz brings a breath of fresh air to the screen and a reprieve for our brooding hero; together, they are the movie’s heart. I so enjoyed watching their performances, and I look forward to the next chapter.

The Bottom-line: I’m way in 3 and ½ stars out of 4. See it at the IMAX as the visual effects are stunning, the film has an artsy and deary tone. One of my favorite ‘Batman’ movies so far!