Hi Carl, have you ever wondered why there are hundreds of doughnut shops in Southern California? Tonight, I’ll be reviewing the documentary film “The Donut King” that tells the story of Ted Ngoy, a Cambodian refugee that came to Southern California in the 70s to become the owner of more than ‘one thousand’ donut shops.

Clip: Ted opened up 70 doughnut shops and gave Cambodian refugees a life raft. Ted speaking, “They flew me to the White House and gave me a Presential award for achieving the American dream.

Director Alice Goo presents not only a ‘rags to riches’ story, and she gives us the history of the donut shop business in LA, which became a life raft for so many Cambodian families. 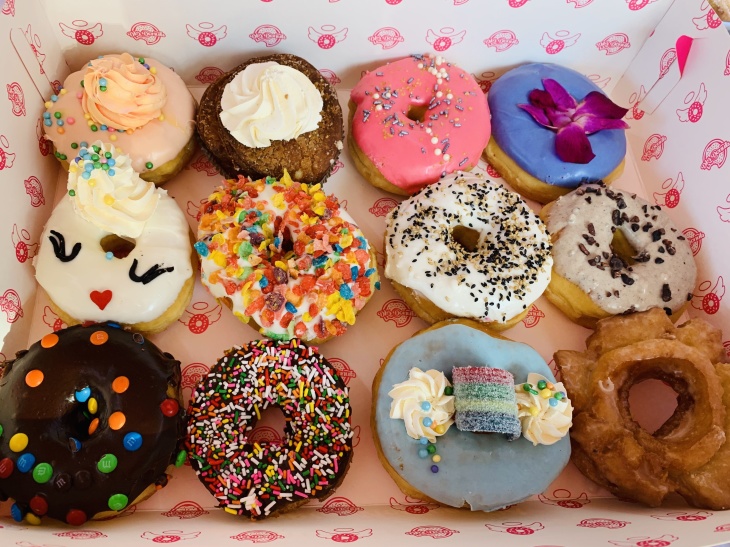 Clip: Imagine a man coming to America with nothing. Ted speaking”I lost everything, believe me, everything.”

The Bottom-line: I’m in 3 and ½ stars out of 4. This engaging film covers all aspects of Ted’s rise to fame and fortune. We see his 2 million dollar home and his invited trips to the White House to receive Presidential awards. We also view how his gambling addiction took everything. The mixture of music and graphics is terrific, and a savoy treat for sure! It’s streaming now on Hulu and Amazon Prime.

Thanks for listening in tonight. Again this is Sarah Knight Adamson. I’m in my 14th year as a film critic and do enjoy bringing you the best in TV and Film. Please check out my website on Sarah’s Backstage Pass.com. See you next week!

Check out the Radio Podcast on Hollywood 360 Radio Network: https://www.hollywood360radio.com/the-donut-king-pg-★★★%C2%BD/