Next up “The King’s Man.” It stars Ralph Fiennes (Orlando) and is a prequel to “The Kingsman” films. The beginning of the London secret service group known as the Kingsman is explored. The director and co-writer are Matthew Vaughn. Fiennes, who also executive produced, plays a British aristocrat and the Duke of Oxford. When he and Emily, his wife, and their young son Conrad visit a Red Cross aid camp in South Africa during the Boer War, she is killed by a sniper attack. The Duke of Oxford returns to England with one mission: to protect his son Conrad. 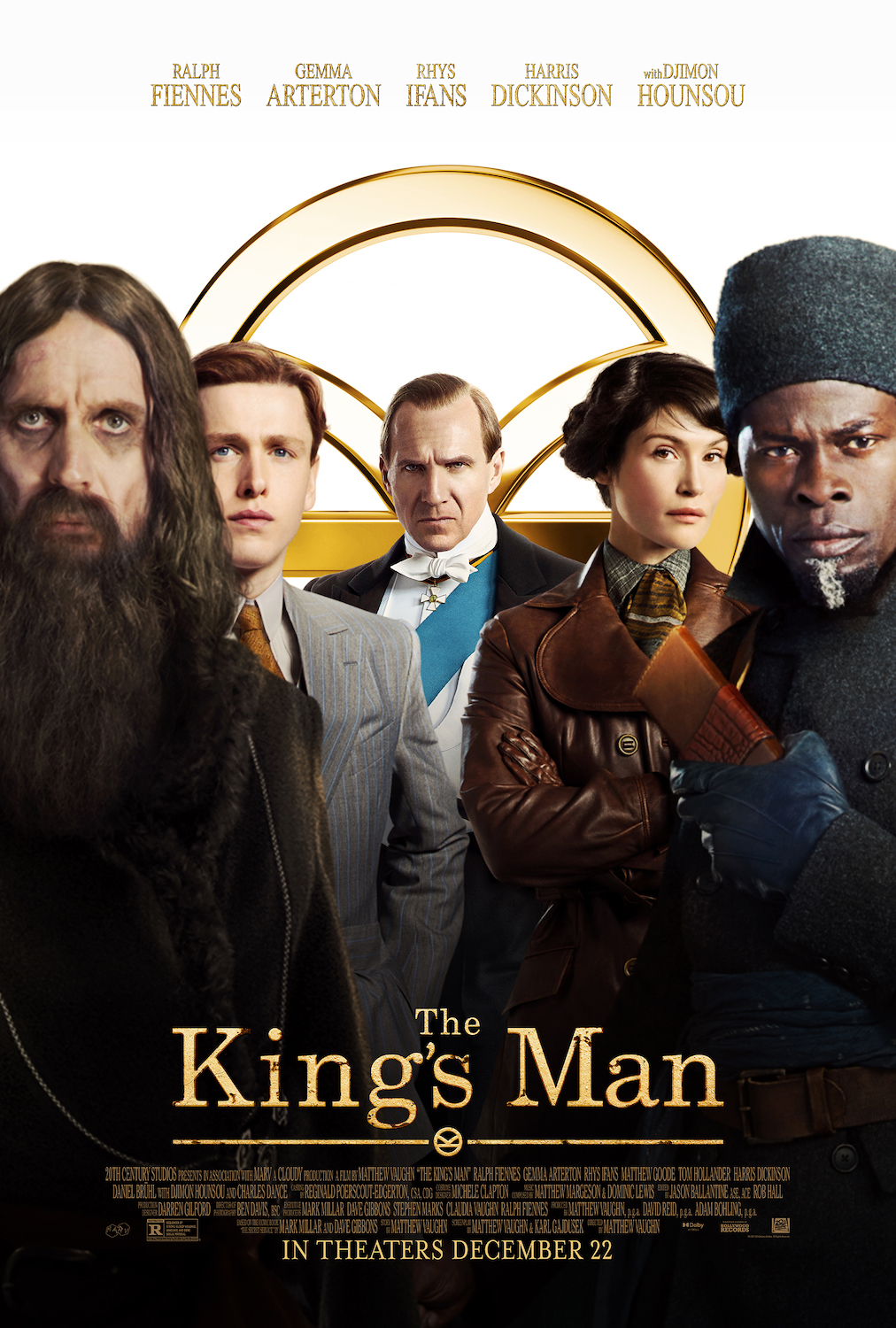 Orlando, a sworn pacifist, is determined that the world needs help to stop these types of conflicts before they occur. Twelve years later, Orlando recruits two of his servants, Shola (Djimon Hounsou) and Polly (Gemma Arteton), into his spy network dedicated to protecting the United Kingdom and the British Empire from WWI. Conrad, eager to fight, is forbidden to join up by the over-protective Orlando, who speaks with the leader of the British war effort to ensure Conrad cannot enlist. Orlando and Conrad also meet Captain Morton (Matthew Goode) and World War I-era British Army officer Herbert Kitchener (Charles Dance).

The major villian’s are Rasputin (Rhys Ifans) and Erik Jan Hanussen (Daniel Bruhl). Subtlety in most scenes are rare; while whiplash is evident, the transitions are sudden and unexpected. The toggling back and forth between and war drama and absurdity plagues the film as a ‘tonal mess. What does become clear is the set-up for the next installment with an even better cast namely Taron Edgerton, who is sorely missed in this film.

The Bottomline: I’m out two stars out of four; the script lacks the humor of the first two films and frankly is missing the actor Taron Edgerton. You may enjoy the action scenes, but those don’t carry the entire film.

Thanks so much for listening in tonight. This is your National Film and TV critic Sarah Knight Adamson for Sarah’s Backstage Pass.