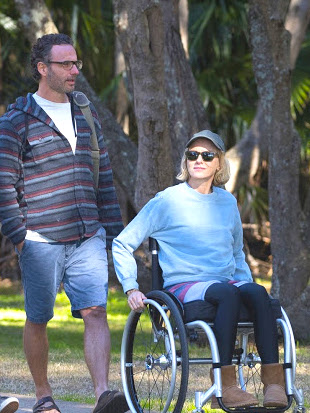 Carl, tonight I’m going to talk more about the Toronto International Film Festival. I have watched 25 films, and tonight I’ll review four that I think are really great.

“Penguin Bloom” stars Naomi Watts, in one of her best performances to date. It is based on a true story of an Australian mother who becomes paralyzed from the waist down. An injured bird actually gives her strength during her recovery.

Watts stars as Sam Bloom and delivers an inspiring performance with director Glendyn Ivin at the helm. The performance is both moving and heartwarming; one can’t help but empathize with her situation. Her husband, played by Andrew Lincoln, adjusts to his new role as keeper of the home while attending to his wife’s recovery.

When a flightless, injured magpie is taken in as a family pet, the children name it Penguin for its black and white feathers. Sam begins to care for the bird when the kids are off to school, learning life lessons about determination and trust.

Watts shines a light on disabilities, showing all that focusing on what you can do makes all the difference in attitude and success.