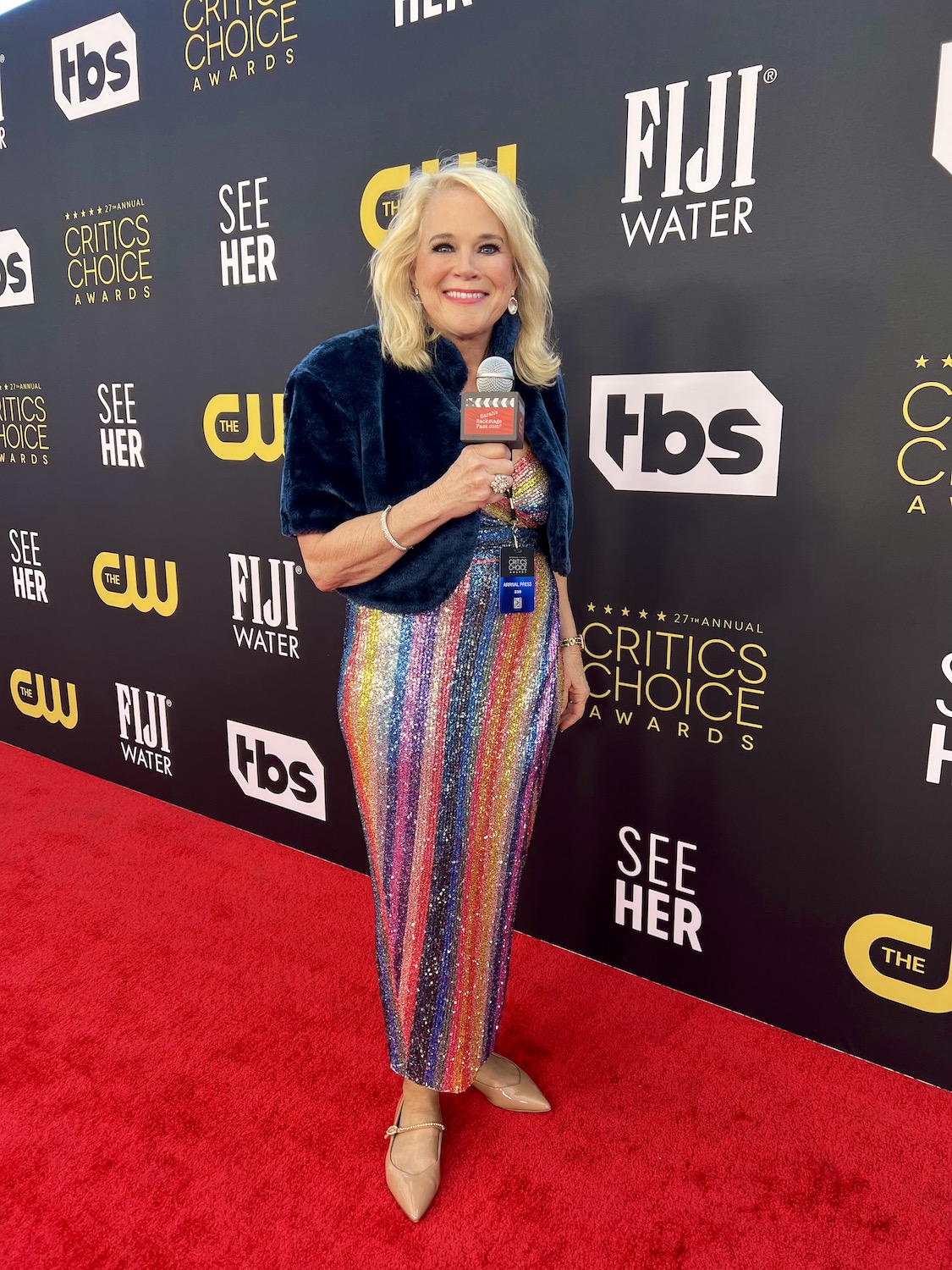 Jubilation comes to mind when describing the atmosphere of the 27th Critics Choice Awards—win or lose, all were celebrating being together in person this past Sunday evening, March 13. Airing live on The CW and TBS channels, this year, critics and talent table-hopped to chat, take selfies, and network during commercials. Hosted by Nicole Byer and four-time emcee Taye Diggs, the duo kept the show on pace with laughter in between. London’s magnificent Savoy Hotel was chosen as a separate location to accommodate the many nominees who attended the BAFTA Awards earlier that day. Due to the Omicron surge, the CCA Awards, typically held at the beginning of January, were pushed back to March.

The generous portion of roasted pine nut and basil hummus, complemented by wine and bubbly Champagne, set a celebratory buzz. Having covered the event for the past eight years, I can say this one seemed special, as all looked to be having an extraordinarily great time. My husband, Bill Adamson, and I sat near the front of the room with lively cast members of the television show “For All Mankind.” Seated next to us was the ever-busy “King Richard” table with the Best Actor of the evening, Will Smith.

The Critics Choice organization, based in Los Angeles, consists of broadcast, radio, and online critics—established journalists who review films and television. Some members of the group vote for only film awards, and some vote only for television awards, while others vote for both.

My evening began two hours before the show on the Red Carpet near the beautiful Fairmont Century Plaza Hotel entrance, a new venue for our event. The mild sunny day was pitch-perfect for talent to speak with journalists while parading the latest fashions.

Below are more photos from the event: 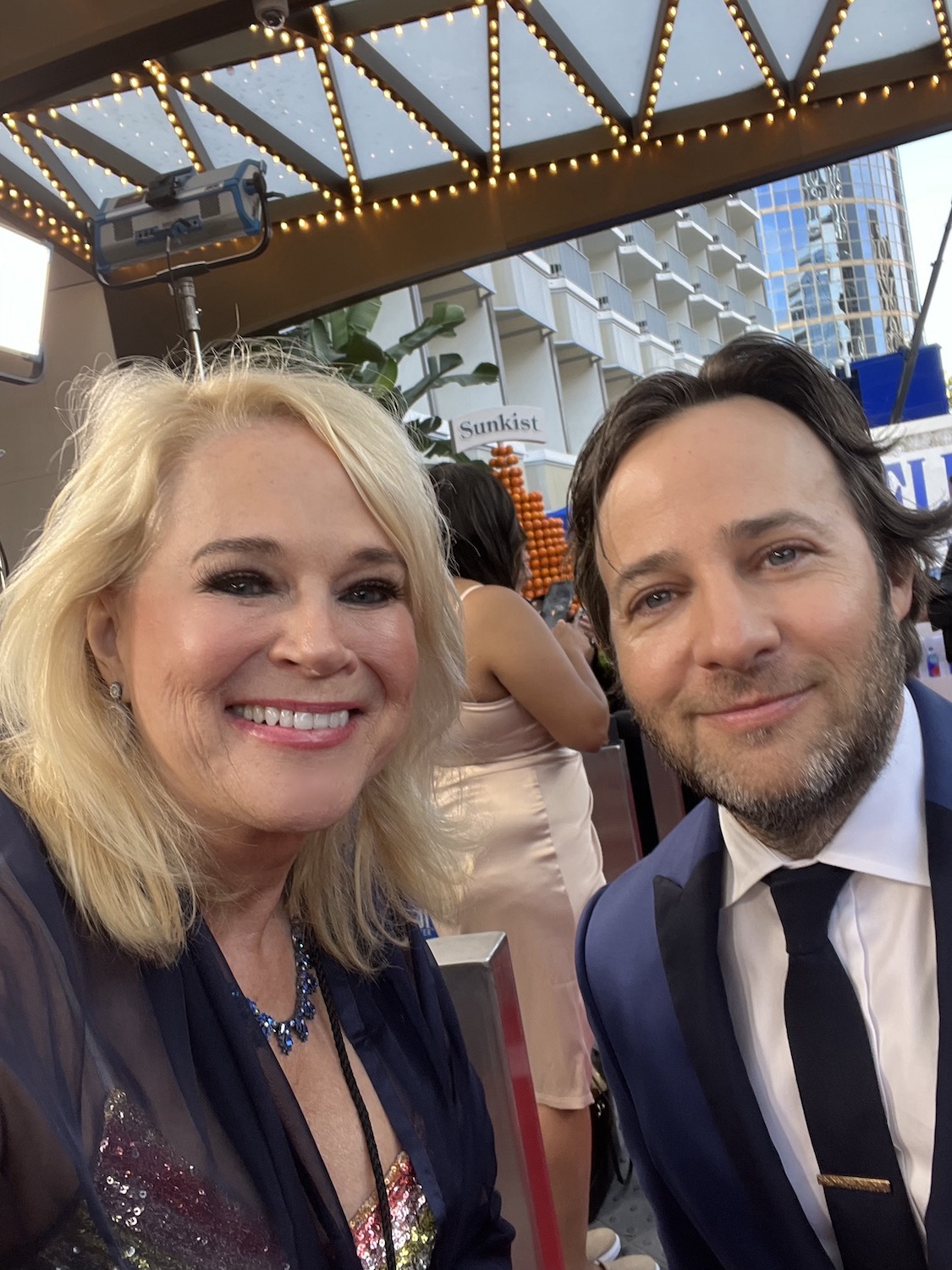 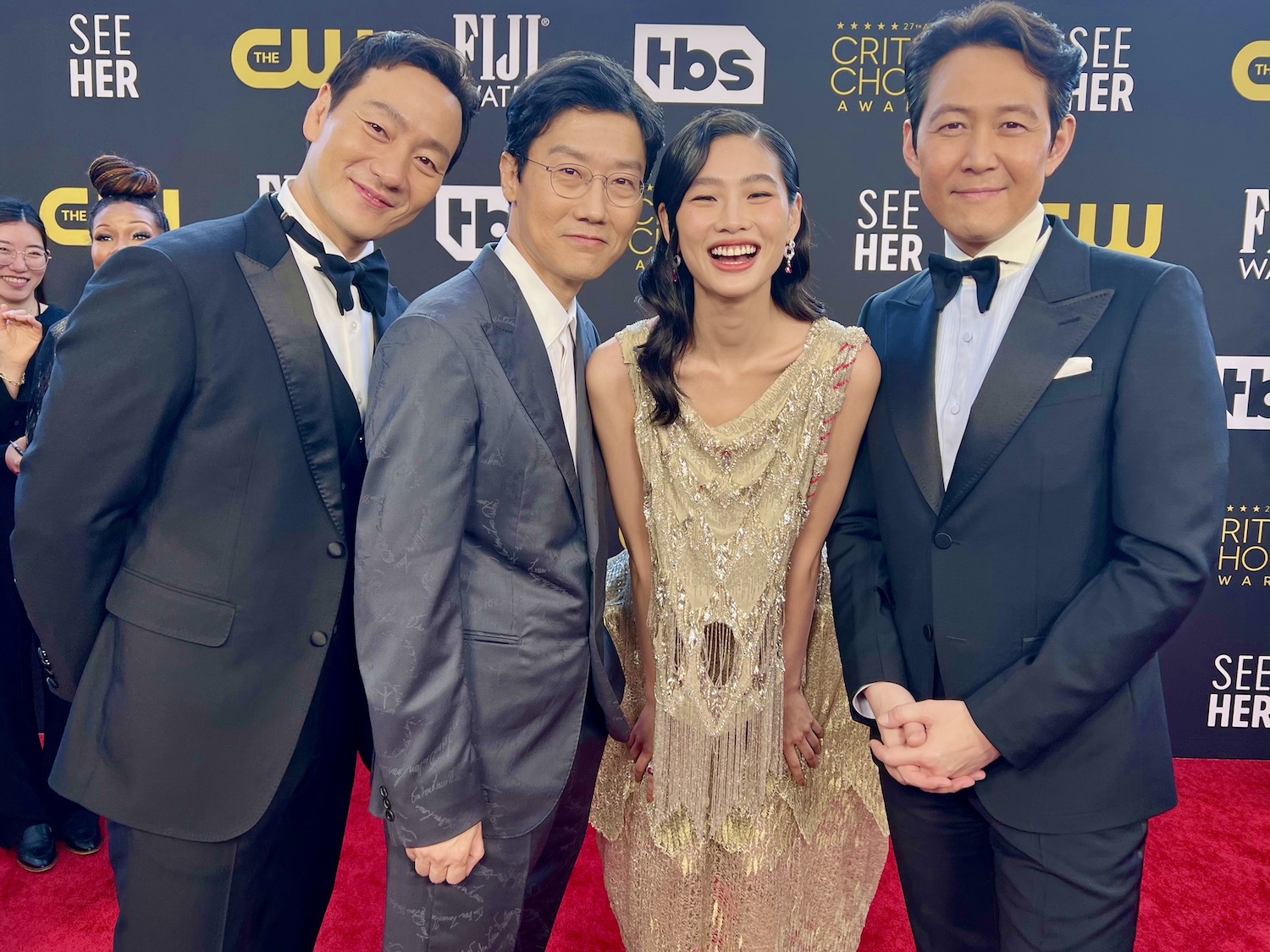 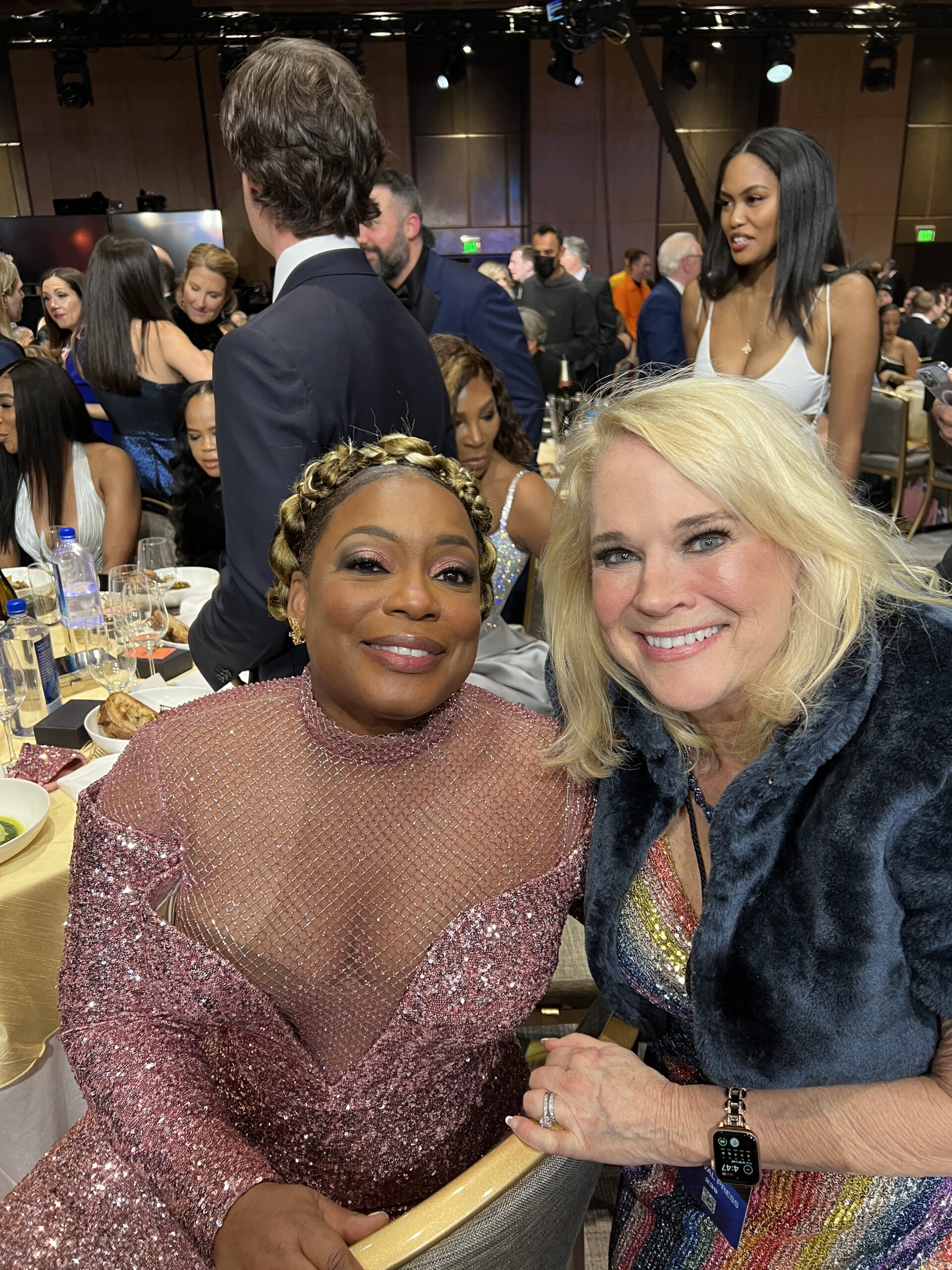 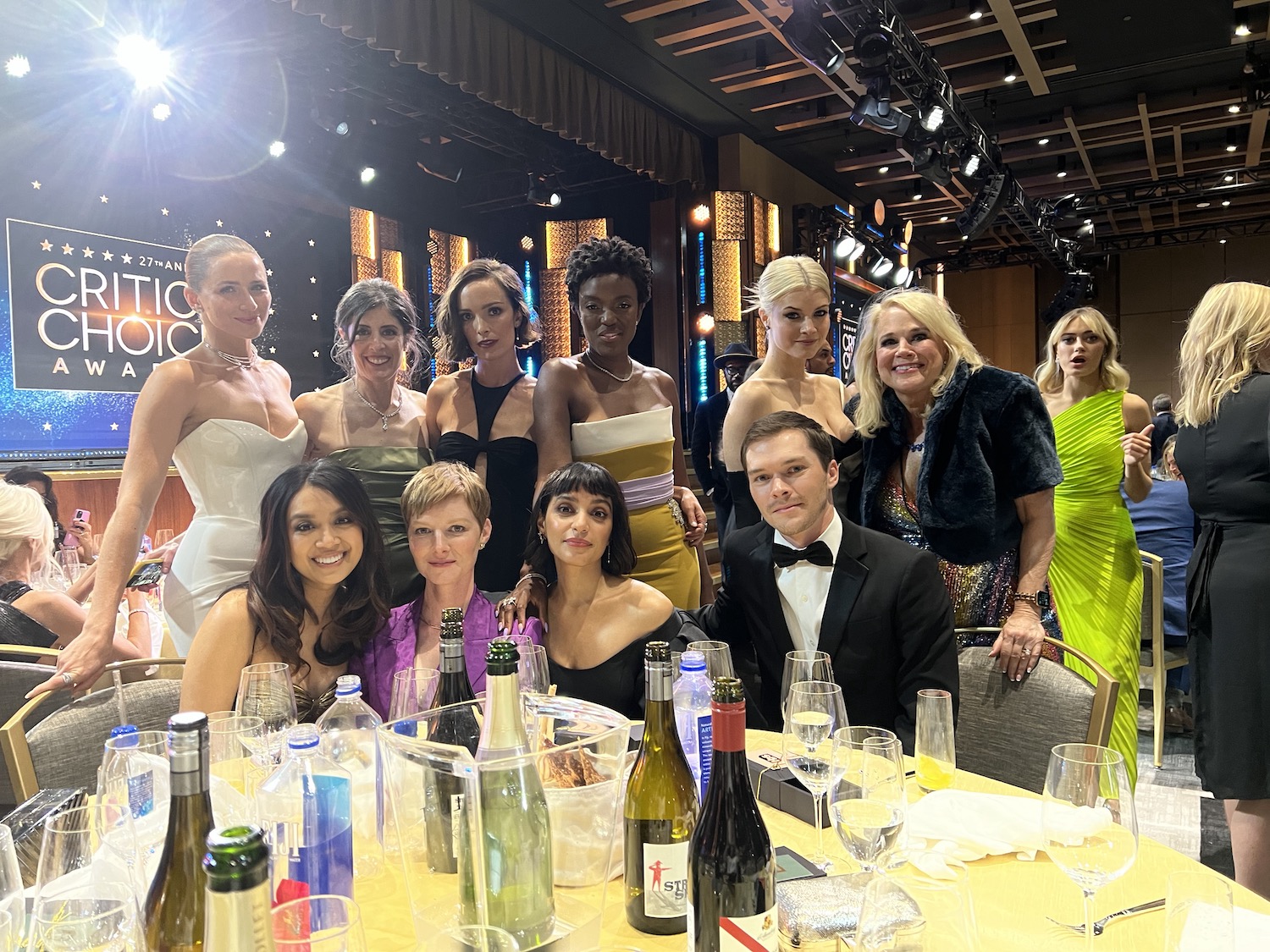 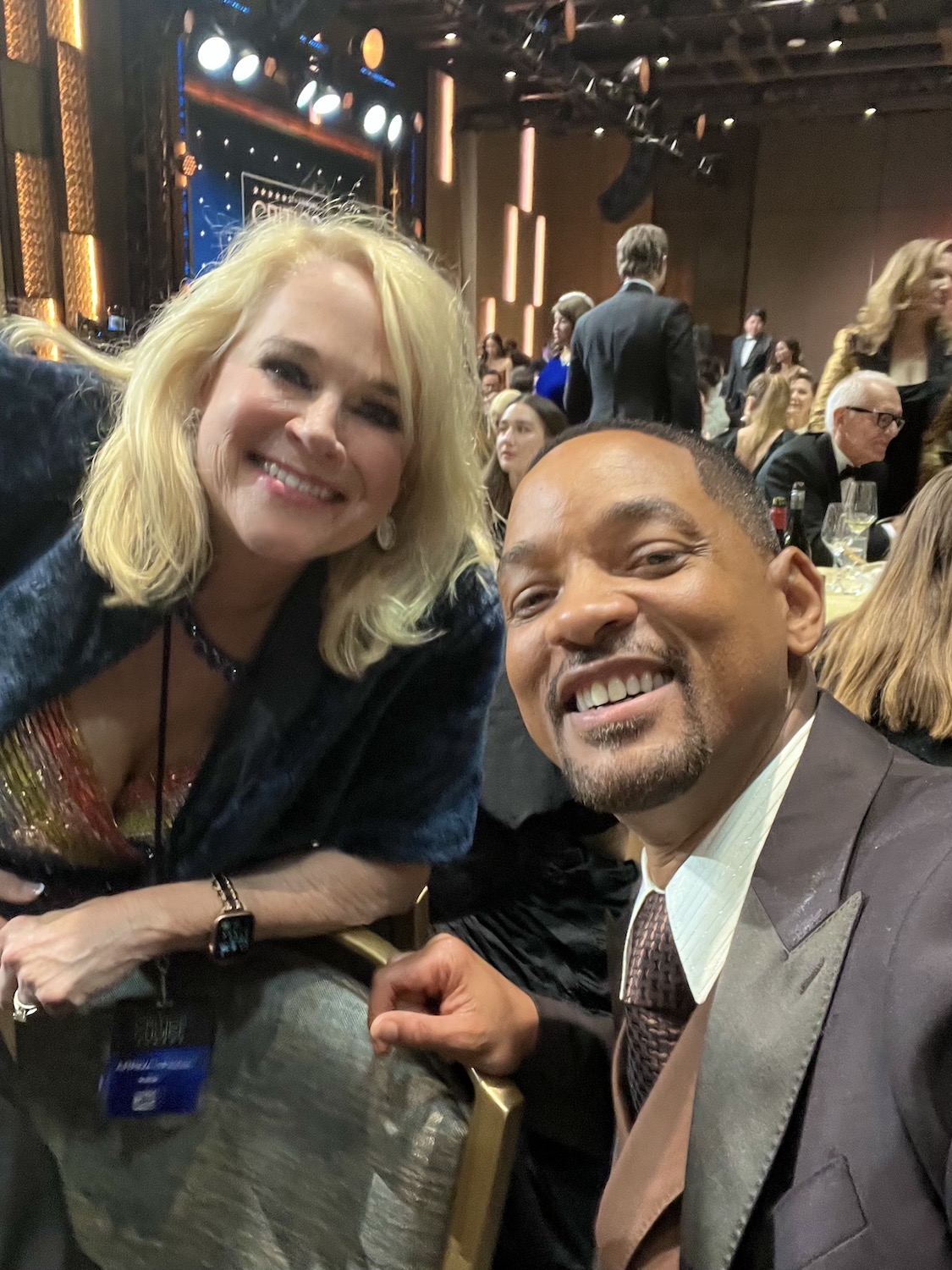 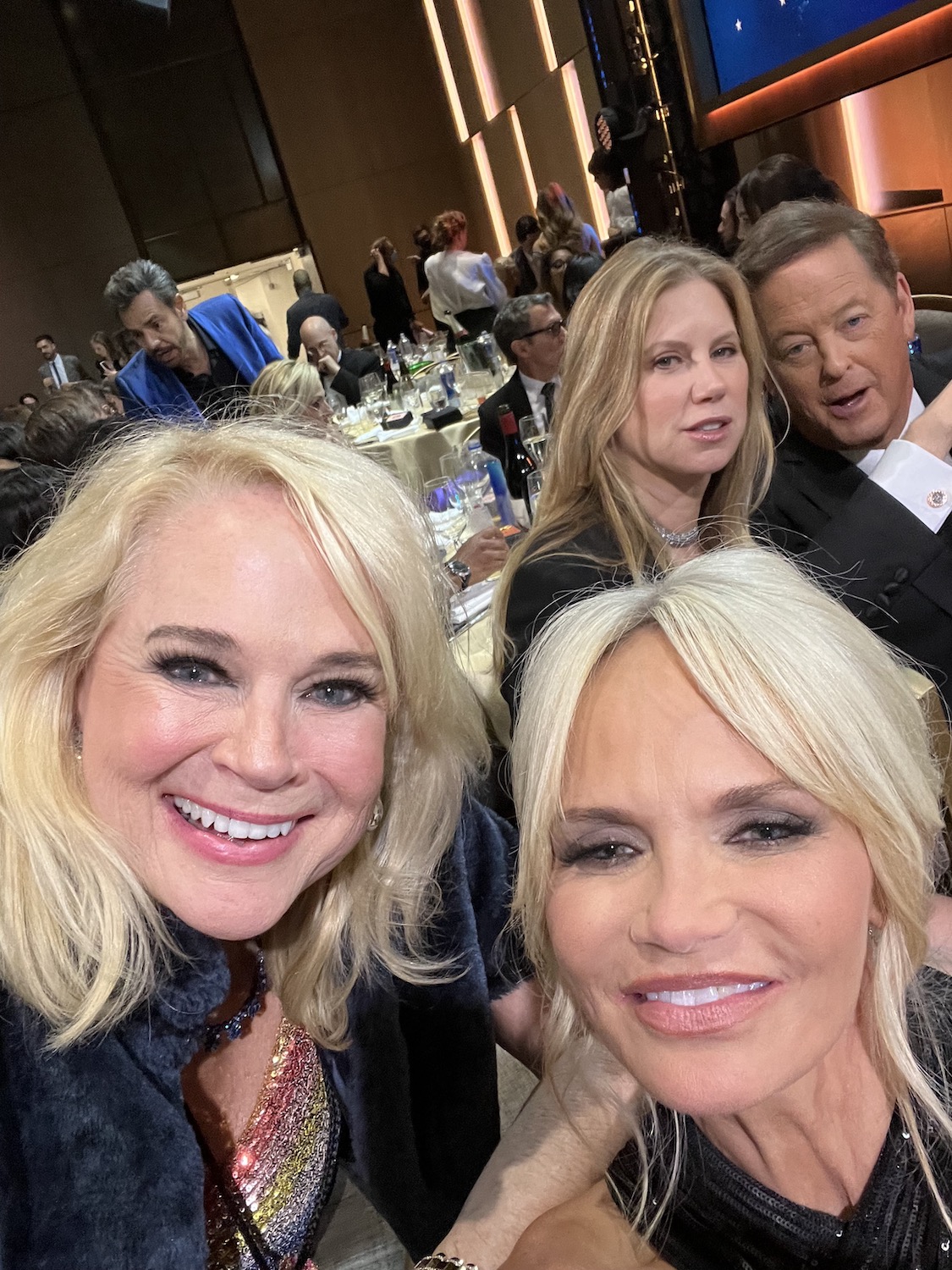 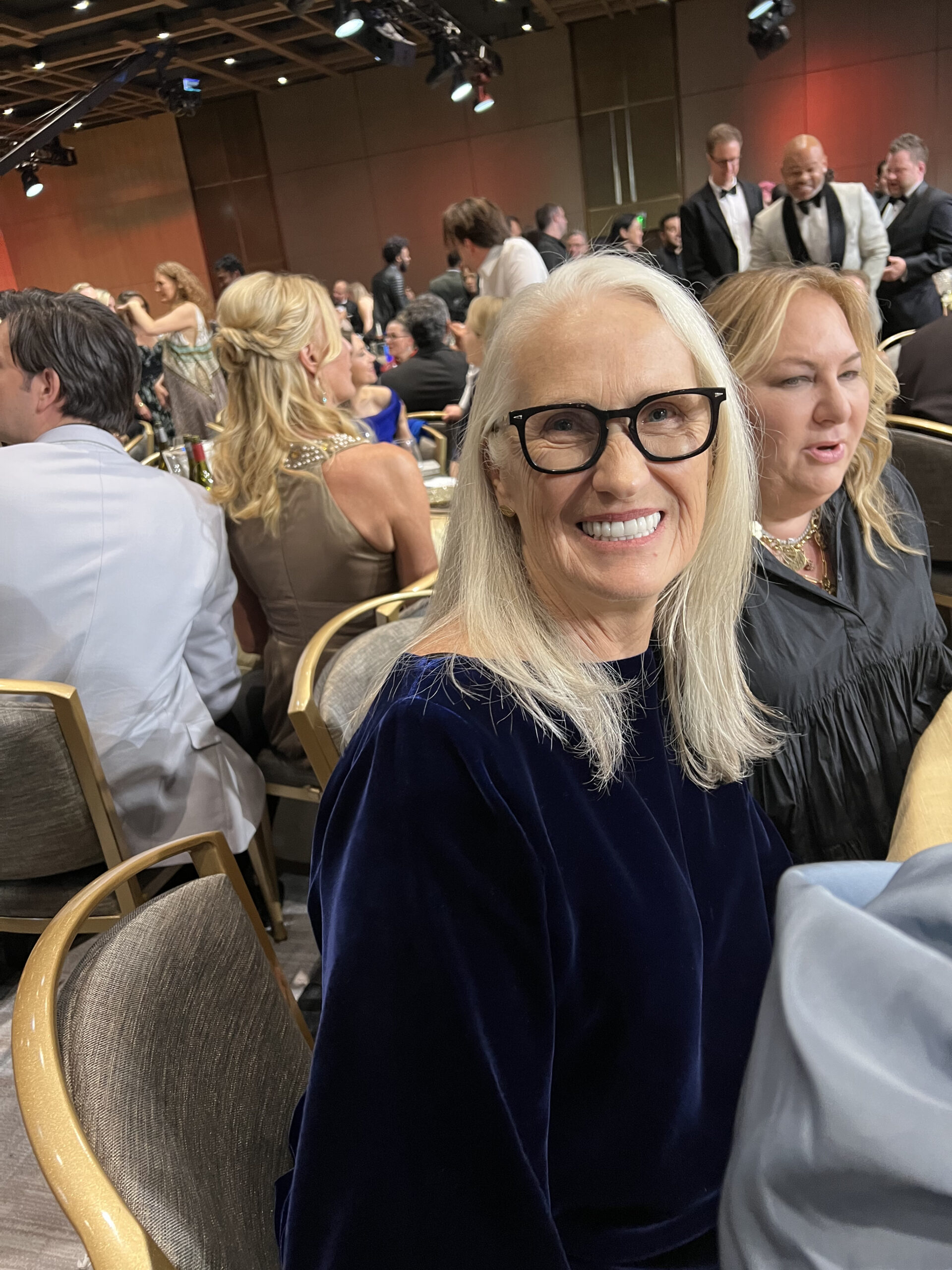 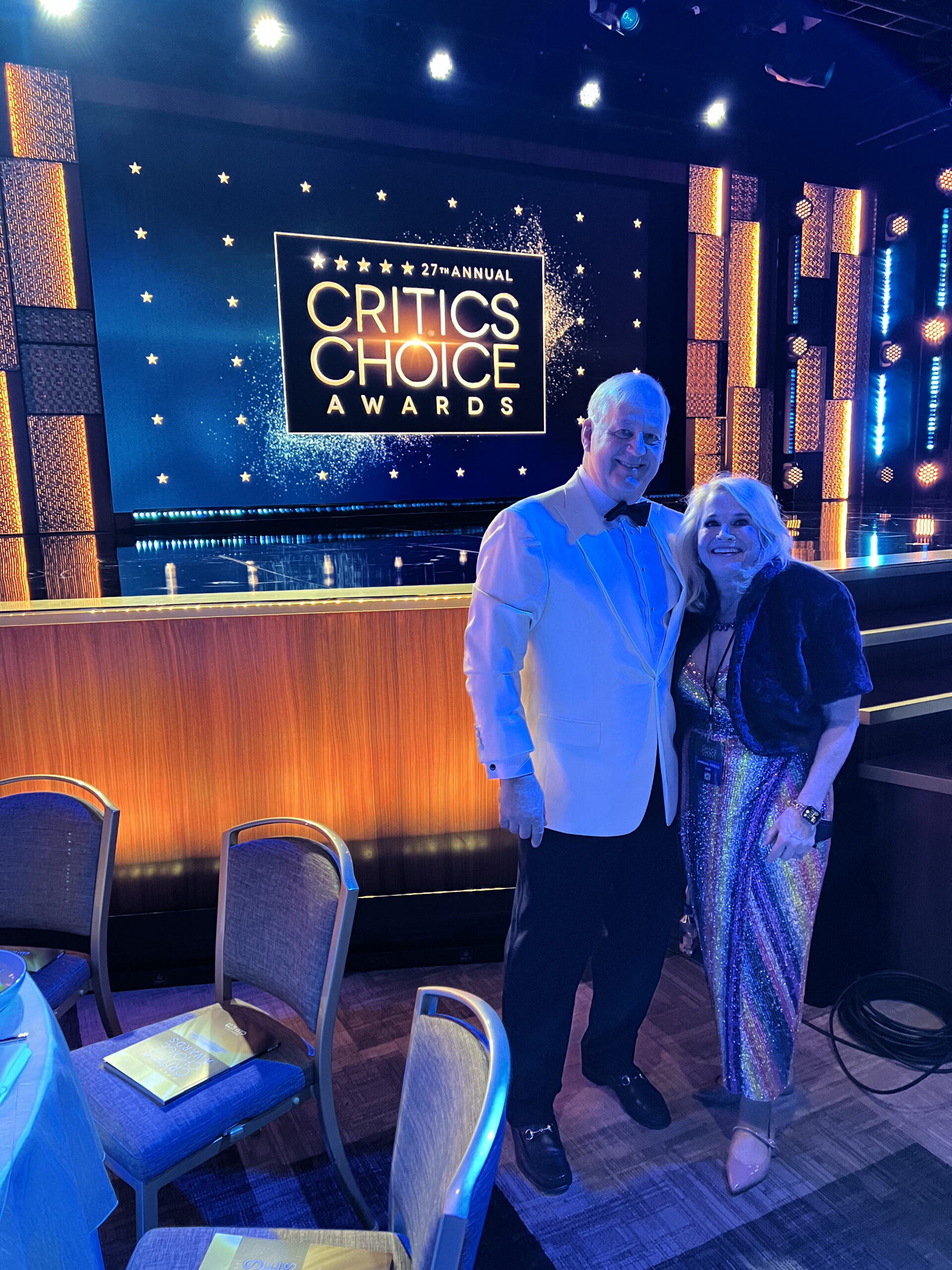 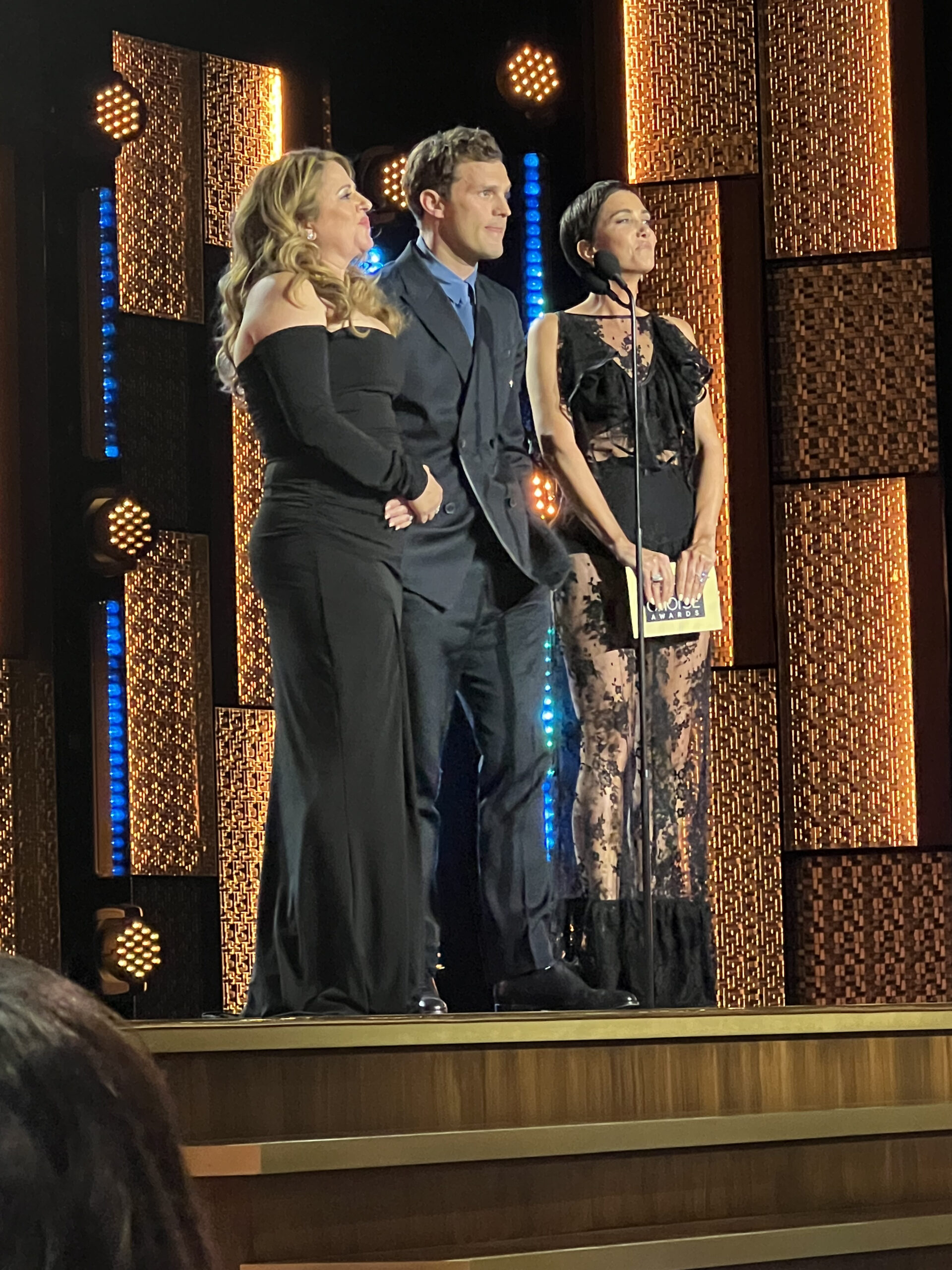 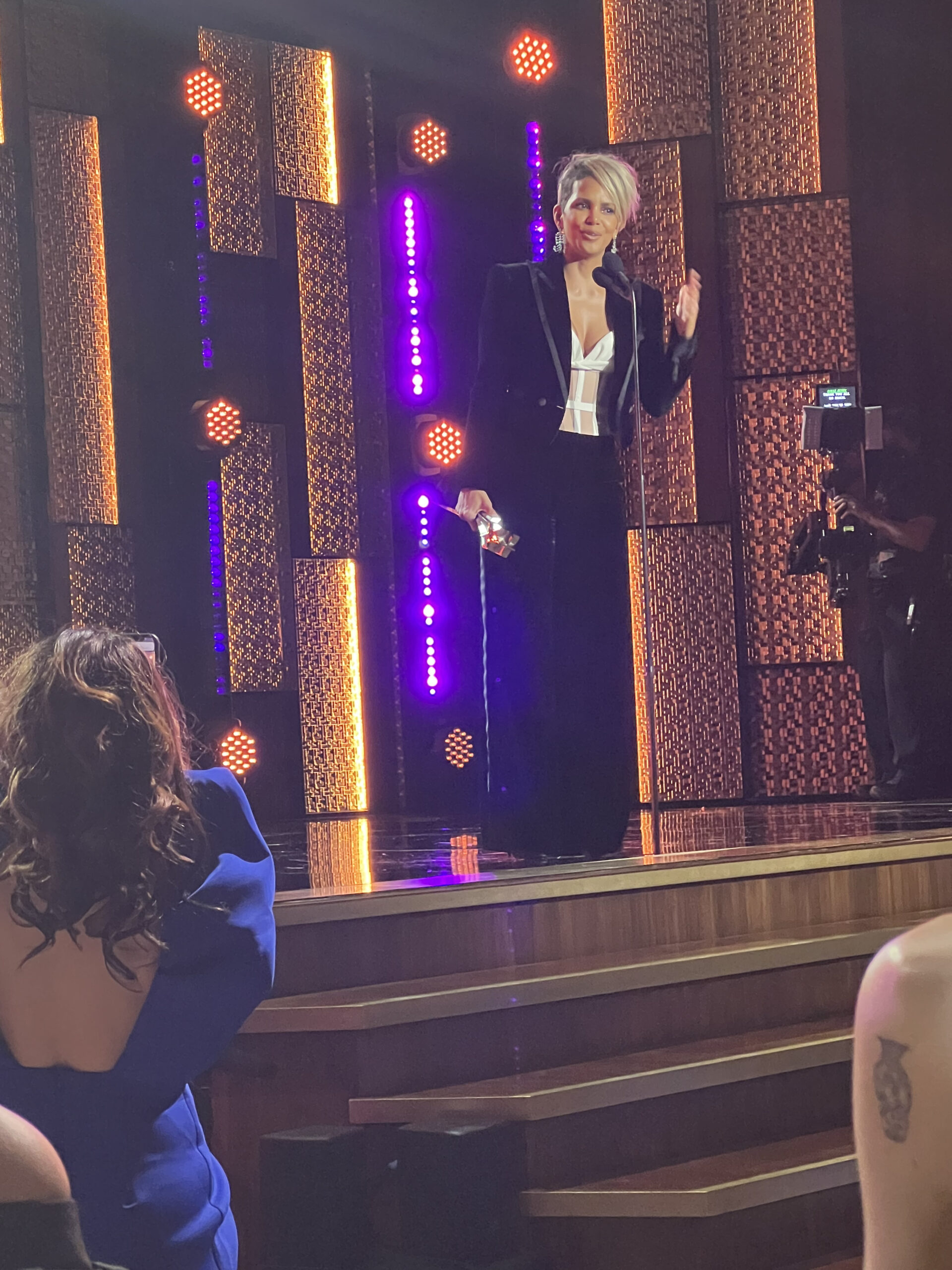 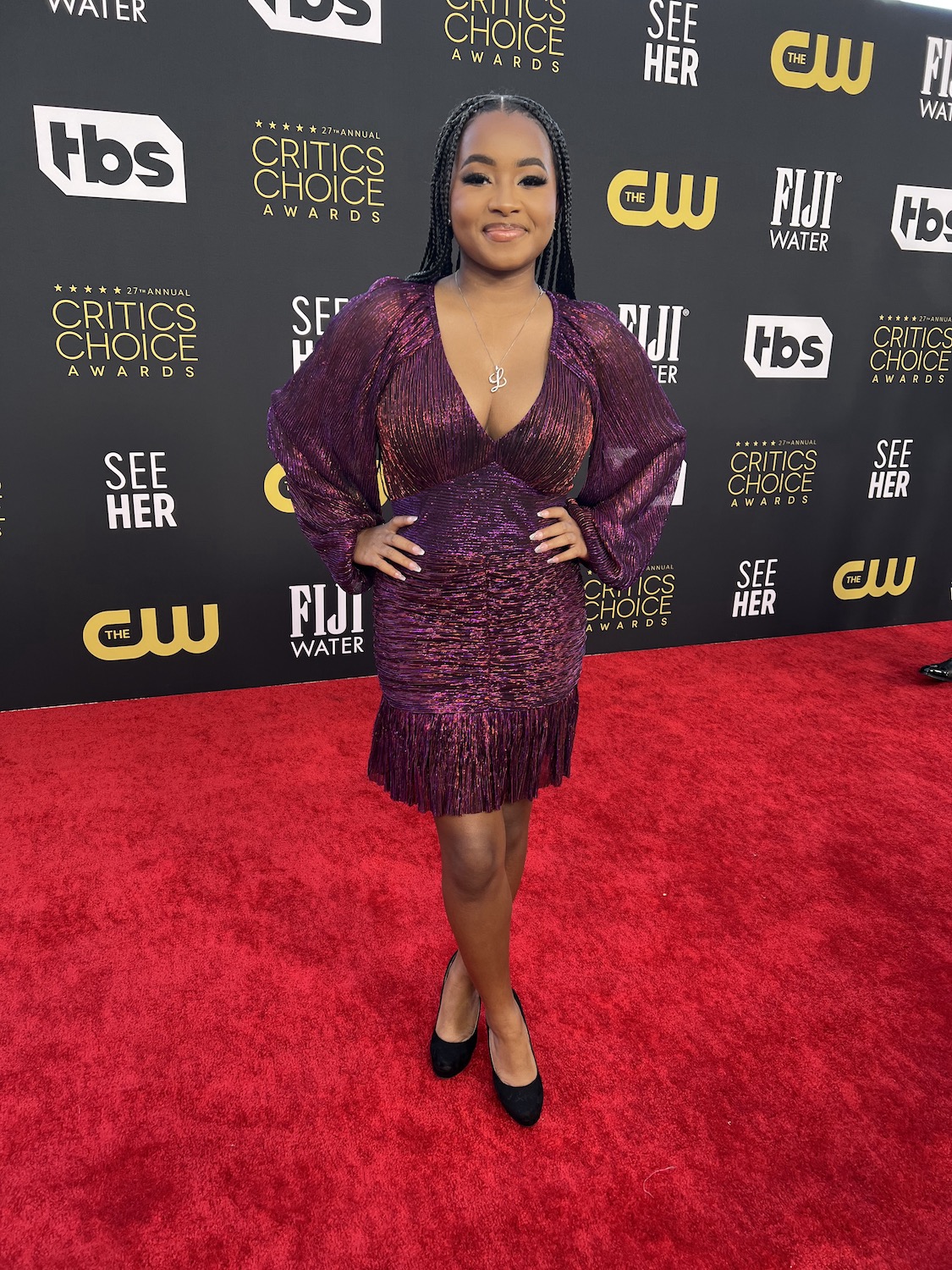