Oh What a Night Honoring Cinema and Television

CCA members from all over the world gathered to toast the winners and celebrate the best in film and TV. The ballroom tables were set with stunning centerpieces and shiny place settings. Smirnoff Vodka, d’Arenberg wines, and Fiji water were available. Each seat had a program, and the Criterion Collection boxed set of Melvin Van Peebles: Essential Films. The dinner choices were decided ahead of time, followed by donuts and cheesecake at the after-party.

The evening’s host Niecy Nash, star of the legendary Reno 911, Claws, Q-Force, and more, kept the show on schedule with her infectious laugh and antics. The honorees such as Halle Berry, Anthony Anderson, Jennifer Hudson, Barry Jenkins, and Ava DuVernay accepted their awards, giving heartfelt speeches. 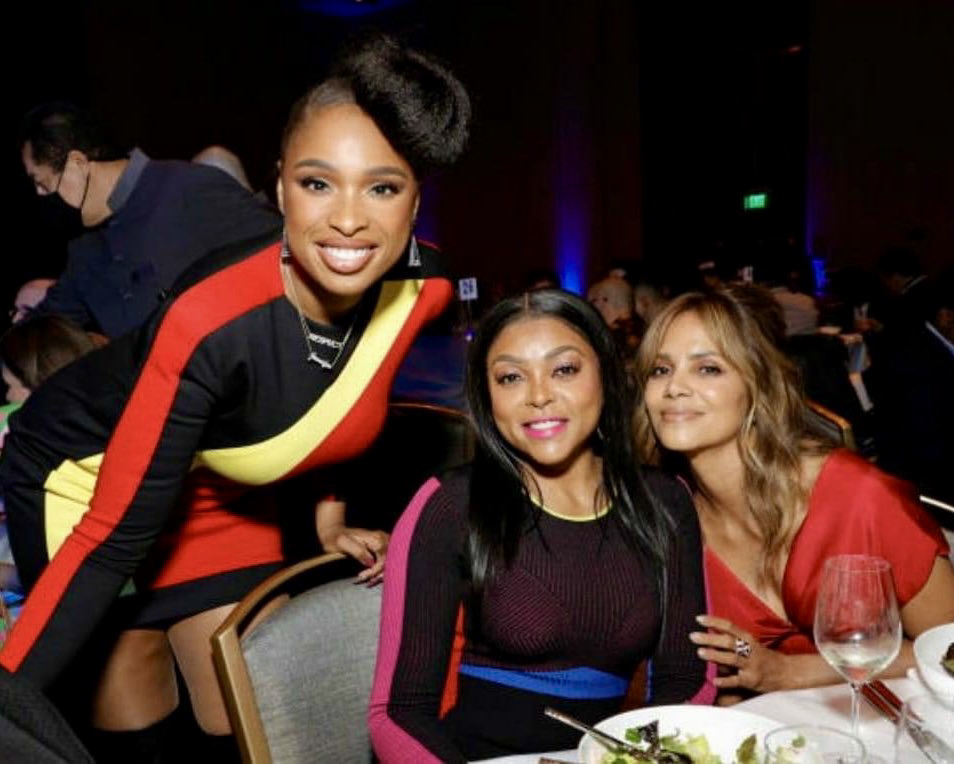 Halle Berry’s Career Achievement Award was the highlight of the evening as she was tearful reminiscing about the Academy Award she received 20 years ago for Best Actress for her work in “Monster’s Ball.” She urged actors and actresses to not let awards define their lives.

My table was to the left of the stage near the front; producer, writer, and editor of RogerEbert.com Chaz Ebert sat across from me. Chaz presented the Actor Award for television to Omar Sy, the award-winning French actor who is the star of the Netflix TV series “Lupin.” He also appeared in the critically acclaimed film “The Intouchables.” Speaking in French, Chaz wowed the crowd with her fluent grasp of the language.

Next to our table sat Doris Bowman and her son Anthony Anderson star and producer of the television show “Blackish.” I was thrilled to meet Doris as I was able to thank her for the Emmy Awards tickets she gave to my intern Alexi Rabin in 2019 to attend the ceremony. I showed her the article from my website and a photo of her and Alexi; she said, let’s take one together, and then you can send that to Alexi. We had fun with the photos, and her son Anthony also jumped in. 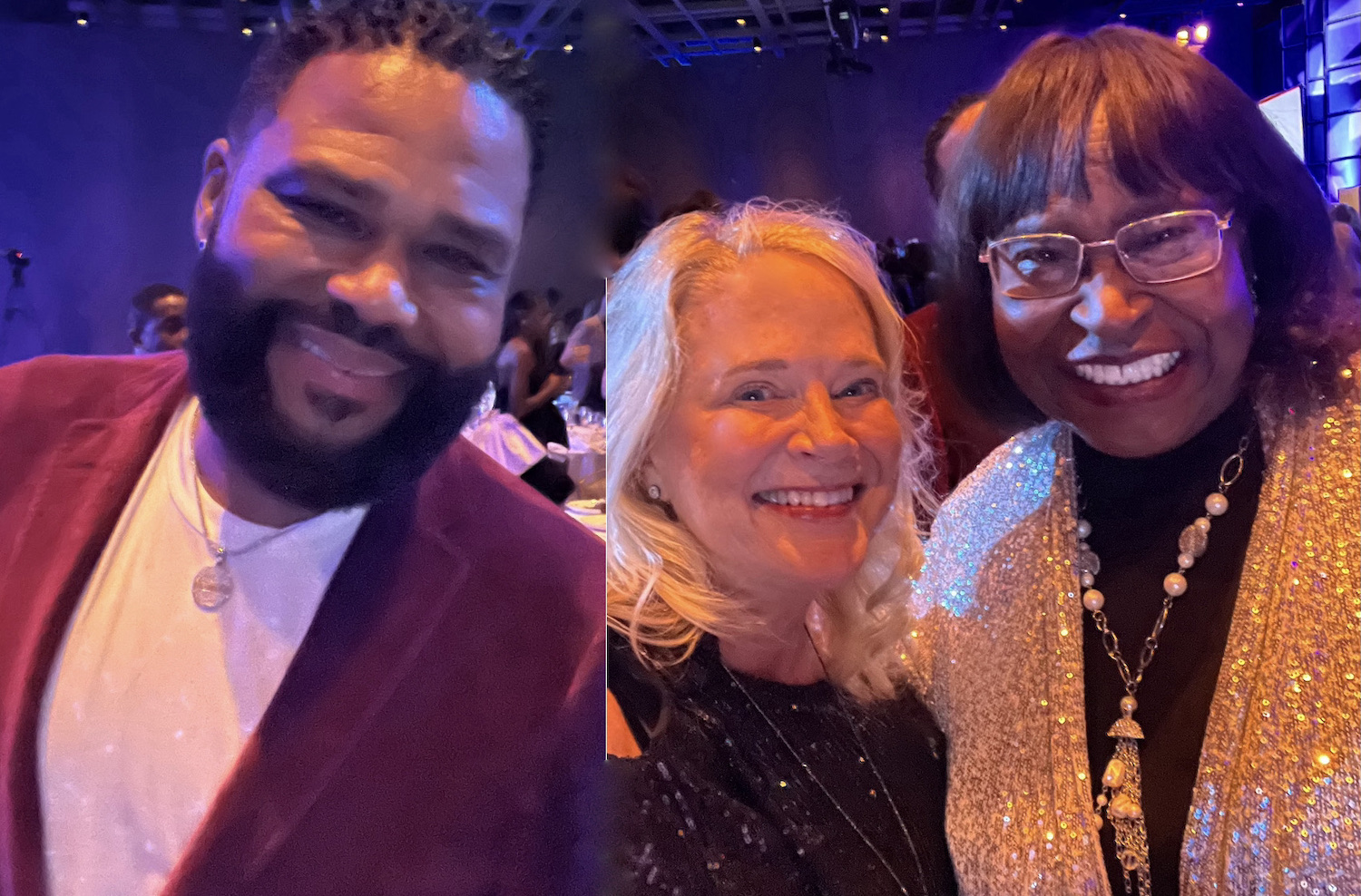 I was able to speak with the star of the film “Aretha,” Jennifer Hudson, a wonderful film based on the singer Aretha Franklin. First of all, she’s absolutely gorgeous in person, and she was very happy to chat about her hometown of Chicago, and Roger Ebert, who is also from Chicago. She was delightful to chat with as I asked her about portraying Aretha and her work in the film. We did talk about Aretha’s concert at the Chicago Theater in Chicago and how special that evening was. I love the photo of us as she’s sporting Roger’s signature thumbs up. 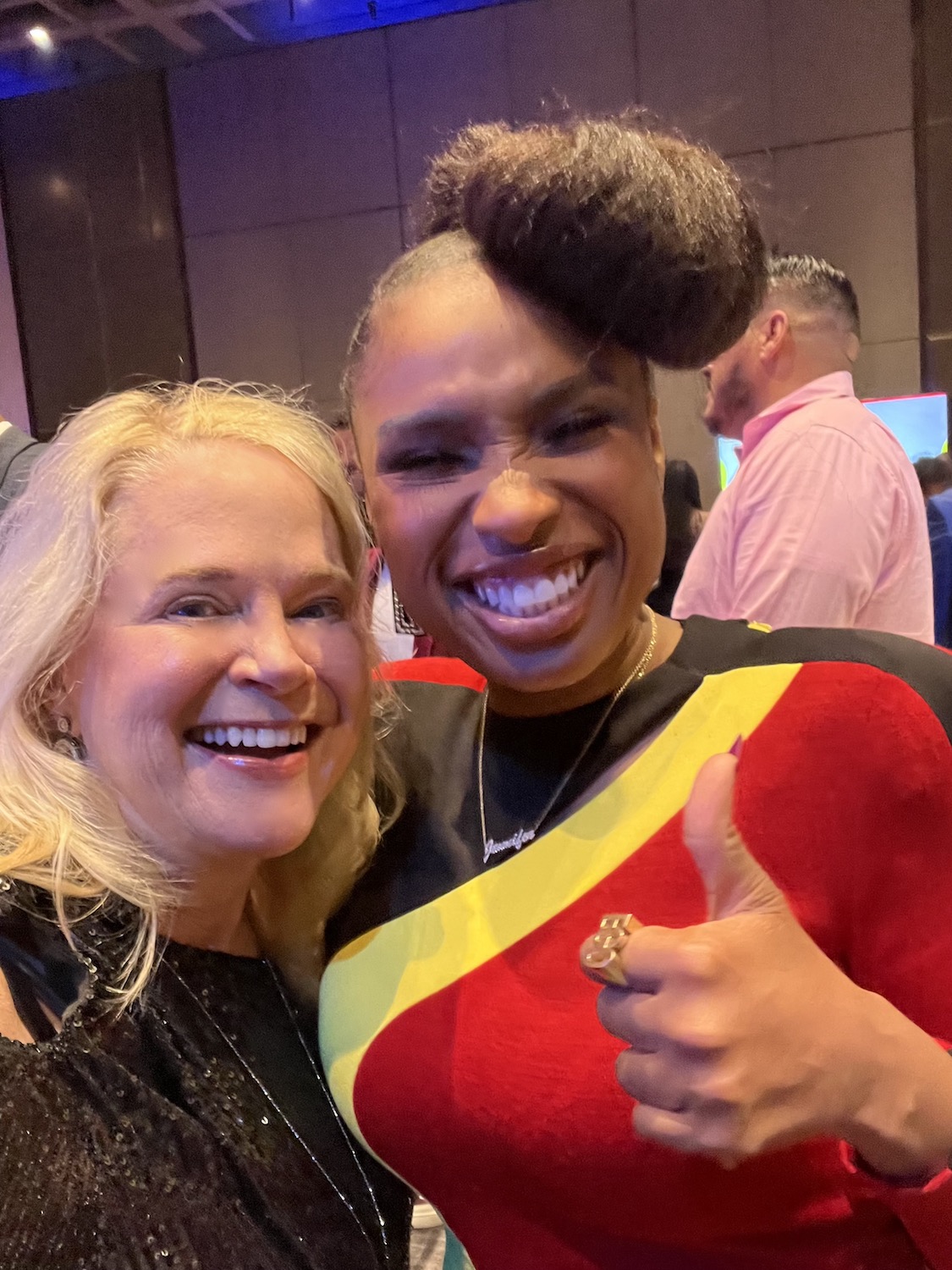 The stars who portrayed tennis prodigy sisters, Venus and Serna Williams, in one of my favorite films this year, “King Richard,” presented the award for ‘Actor in a Film’ to Will Smith, who could not attend as he was filming in Louisiana.

As a side note, we have a family raised in Naperville, IL, who is hoping to become the next Venus and Serna Williams as their parents are training them. Jay McCareins and his wife Nikki Fatigati, Jayden is ten, and Jazmine is seven. Both parents had professional sports careers and now own a Sports Academy in Dallas, TX. The girls’ will compete in an international tennis tournament in Palm Beach, Florida, on Dec. 8, 2021. I spoke with actress Demi Singleton about the rising stars; she was very interested in hearing about the sisters and thanked me for informing her.

Will the daughters of two Naperville North athletes be the next Venus and Serena? Only time will tell 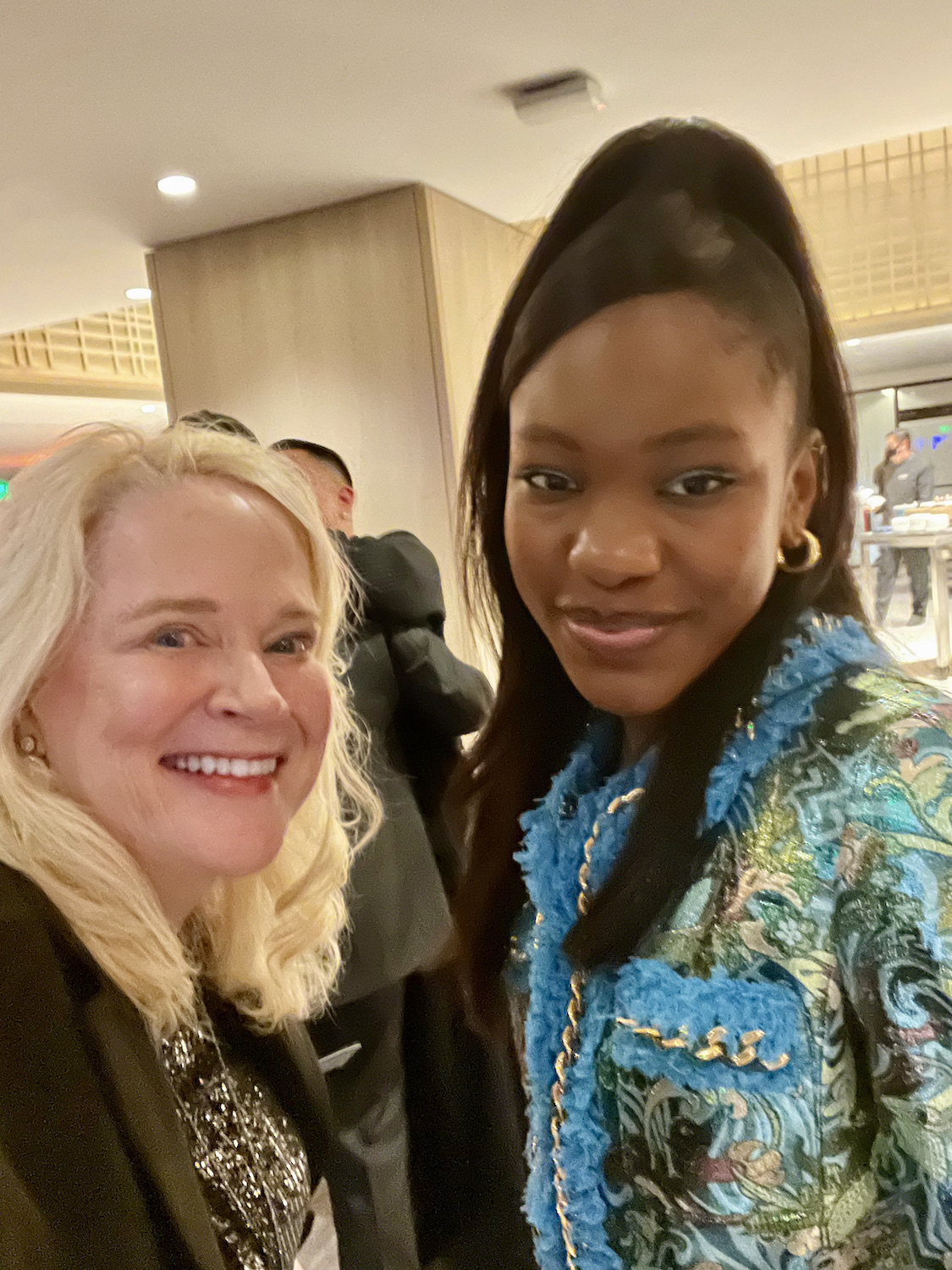 What was clearly notable in almost every speech was the heartfelt thanks and sincere gratitude that was given to the CCA for hosting such a beautiful event and the opportunity to celebrate together. An enormous thank you to Joey Berlin, the CCA board, and CCA member Shawn Edwards who first suggested the event and helped produce the event. A special thank you to Madelyn Hammond and Javier Infante for handling and organizing an impressive in-person event.

It should also be noted that a portion of the proceeds from the night was designated to provide scholarships to students from underrepresented communities participating in the Academy of Motion Picture Arts and Sciences’ Gold Rising Program.

Looking ahead to January 9, 2022, I have great anticipation for our annual CCA’s Film and Television Awards that will be held at the same venue as the Celebration of Black Cinema and Television Awards. The evening garnered tremendous praise from attendees; the room is elegant and exquisite—a perfect match for our 27th Black-tie and formal sequined event.

For more information on the upcoming Critics Choice Awards, visit our website:
https://www.criticschoice.com/critics-choice-awards/