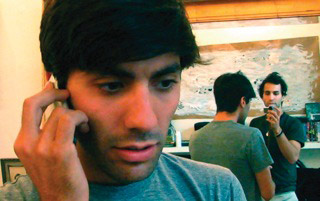 From the get-go, Catfish draws you in and doesn’t let you go until the credits are rolling. It’s human nature to be, somewhat, ‘nosey’ and Catfish allows us to be, ‘very nosey’ particularly with the main subject’s ‘love-life’ and Facebook friends. We witness, a twenty-something New York City photographer and his real life online connection that becomes personal, very personal with a family from Ishpeming, Michigan. What’s surprising is the turn of events near the middle of the film and the emotional affect they have upon the viewer. I’m here to tell you, that you’ll be shocked and astonished by the events that unfold concerning this online relationship. The film serves as a, ‘wake-up-call’ to Facebook users. Most people are wondering: “Is this story real?” My answer is yes, as the people that the filmmakers encounter, are totally believable. We all meet the Michigan family face-to-face and when we do, well, they’re the real deal. Trust me, as a film critic with a watchful eye, I look for loop holes and found none here.

Catfish bills itself as a documentary although, to me, a typical documentary teaches us about a topic, issue or person of ‘special interest.” In this case, the documentary centers on a 24-year-old New York photographer named Nev Schulman. Nothing too special here, but what becomes special is the friendship he has on Facebook with an 8-year-old girl named, Abby. His brother, Ariel, a graduate of New York Film School takes it upon himself to chronicle Nev’s new found friendships, mainly because his life is typically filled with drama. I can totally see Ariel’s point of view, as some people, for whatever reason seemed to precipitate ‘high drama.’ So why not follow Nev around with a camera, particularly when his new Facebook friend (Abby, an established artist) begins sending her canvas paintings of Nev’s professional photography work to their shared office? Nev, quickly becomes ‘friends’ with Abby’s mom and the beautiful 19-year-old sister, Megan. Yes, the paintings are an overly nice gesture, but when you add beautiful Megan into the mix and all of ‘her’ cool Facebook friends, the scenario becomes irresistible. Nev starts to fall for Megan. Goodnight cell phone texts quickly progress from, goodnight ‘new friend,’ to goodnight ‘babe.’

Nev is an interesting enough guy to watch on screen; good-looking, charming, vulnerable, artistic and an all around good sport. At one point in the film, he and his brother, Ariel, begin to argue about continuing the film project, as it becomes way too personal for Nev’s comfort zone. Henry Joost, a friend of both brothers serves as co-director and peacemaker between the brothers.

When the trio flies to Vail to cover a ballet recital, the texts and cell phone calls from Megan heat up. One evening, Nev is sent a link to view Megan’s musical talents. Becoming suspicious of this newfound skill, the guys find the same music on You-Tube and the artist is decidedly not Megan. With this questionable discovery, everything is now in question. They decide to trek to Michigan to meet the family and it can’t be soon enough. This is where the film gets good and this is exactly where you’ll find out no more, unless you see the film yourself.

Nicely edited, the film flows as a documentary with Facebook screen shots added. There is also an interesting use of weaving the Garmin navigation system visuals into the film while the guys are traveling, the narrative keeps the film’s pacing and broadens our view of what’s happening.

Bottom-line: Intriguing film about trust, privacy, redemption, life-choices and circumstances. Do not, I repeat, do not let anyone tell you what this film is about past the guys trekking their way to Michigan, “Yes, Michigan!” 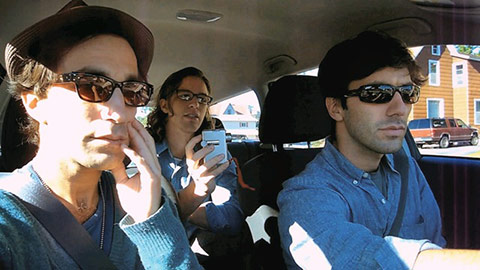