Having grown up on a musical diet consisting almost exclusively of soul, Motown, and blues, it’s no surprise that I took the retro route when making my CIMMfest 2014 Must-See List, which included Boyce & Hart: The Guys Who Wrote ‘Em, Twist, and Take Me to the River.

Opening night (May 1, 2014) at the Logan Theatre was all a-buzz and packed with fest-goers who were eager to kick off the weekend. The crowd was a bit rowdy for a Thursday night, but who wouldn’t be when mixing and mingling with such talented artists, filmmakers, and musicians? The revamped lounge at the Logan Theatre was serving up a plethora of tasty beers and cocktails – perfect pairings for the classic movie treat: popcorn (butter and salt, yes, please!). 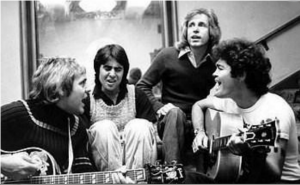 The Thursday night screening of Boyce & Hart: The Guys Who Wrote ‘Em (2014, directed by Rachel Lichtman) played to a full theater of The Monkees fans, all looking to relive the glory of those incredibly catchy tunes and carefree shenanigans. Within the film’s first moments, I was transported back to my ten-year-old self and was singing along with the “Hey, Hey, We’re The Monkees” theme song. Everything about the show’s production (1966 – 1970) was intended to be fictional, including the fact that the band wasn’t really a band – they just played one on television.  However, as the undeniable hooks and consistently chart-topping songs, ghostwritten by Tommy Boyce and Bobby Hart, began to secure their place in pop culture, the pressure for live performances by the four shaggy-haired boys next door began to build.

The Guys Who Wrote ‘Em takes you back to that era and sheds light on the unique and complicated friendship and professional dynamic of Boyce and Hart, whose songs outsold both The Beatles and Rolling Stones combined in 1967. Although very fast-paced and sometimes hard to follow, it was a treat to see home movies, photographs, and one-of-a-kind archival footage of the iconic show. Bob Rafelson, the show’s co-creator, lives in Aspen, Colorado and in my time at the Aspen Film Festival (2007 – 2010), I had the pleasure of working with him. It was fun to see photos and footage of Bob in the 1960s amidst the creation of such an influential show. 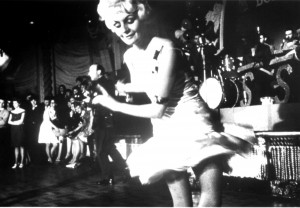 On Saturday (May 3, 2014), I attended the mid-afternoon screening of Twist (1992, directed by Ron Mann), a documentary chronicling the iconic dance created by Hank Ballard, but made famous by Chubby Checker. As one of the first nice days in Chicago, the crowd was sparse and consisted mostly of baby-boomers who, based on their very audible reminiscing during the film, had fond memories of the dance. The film’s initial styling and opening credits were off to a great start, but as it unfolded, it lost some steam and became a bit dry. All in all, it was great to hear some of my favorite oldies, see archival American Bandstand footage, and learn about what that dance meant culturally at that time.

Take Me to the River (2014, directed by Martin Shore) was the perfect way to close out my festival experience on Sunday (May 4, 2014) evening.  The Logan Theatre was completely packed and I caught a glimpse of the film’s private cast and crew party happening behind the curtains of the VIP lounge.  From the moment the film started and the music of the Delta filled the theater, the energy was visceral. Take Me to the River, narrated on and off screen by Terrance Howard, follows multiple generations of Memphis and Mississippi Delta musicians as they record a historic new album. 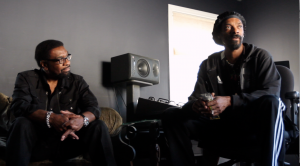 Take Me to the River
Photo courtesy of The Silverman Group

Some of the performers include the legendary Mavis Staples, the North Mississippi All-Stars, Bobby Blue Bland, Oscar winner Frayser Boy of Three 6 Mafia, and Snoop Dogg, among many others who laid the foundations of blues and soul music. The film celebrates and pays homage to the genre, the city of Memphis, and those who made it unforgettable.  The remake of old songs with the addition of some of today’s hottest talent made this film incredibly entertaining, infectious, and charming – Lil’ P-Nut is a must-see.

With the film’s narrative partially built around the historic Stax Records, which was owned by Willie Mitchell, it was incredible to see how his son Boo has carried the torch. Martin Shore, Boo Mitchell, Booker T. Jones, Frayser Boy, and William Bell were all in attendance for a very special Q&A. CIMMfest was a delight as always and I’m already looking forward to next year!