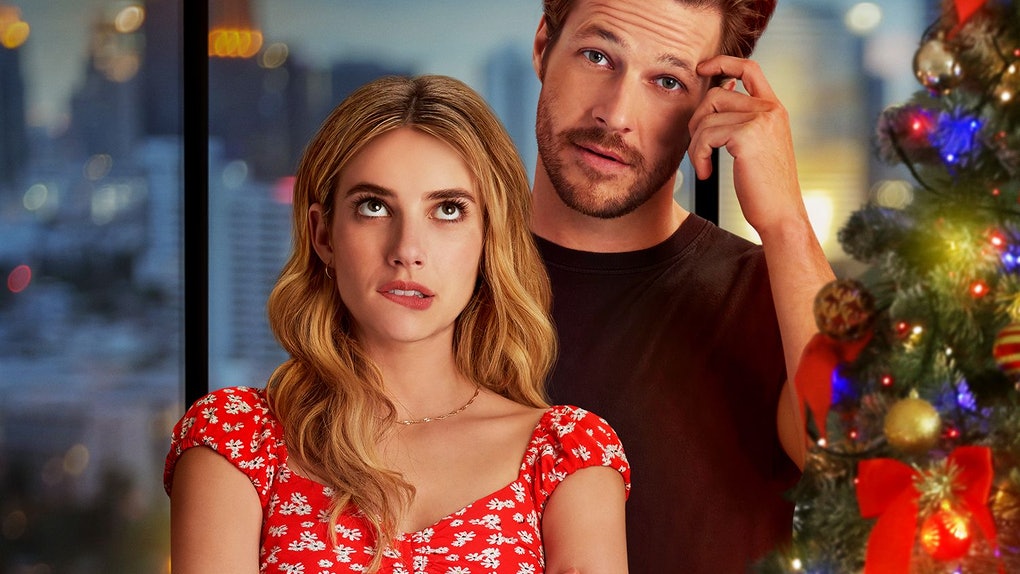 “Holidate” is a romantic comedy film directed by John Whitesell, it stars Emma Roberts as (Sloan) and Luke Bracey, as (Jackson). Sloane and Jackson are both single, and boy, do they hate the holidays! The Nosey family members and awkward dates on each holiday is a nightmare for them. Things do change when they decide to be each other’s dates for one year.

Yes, things do change, the snarky comments stop, yet the continued scenario becomes monotonous. What appears to be an appealing rom-com lacks heart and depth. The stars are likable, and Kristen Chenoweth, as the over-the-top aunt, is cute, the tone is flat.

The Bottom-line, I’m out, 2 ½ stars out of 4; what started as a clever storyline quickly turned into an onscreen groundhog day-situation. The characters became monotonous and somewhat dull. It’s too bad, as I do like both actors’ work. The script doesn’t go deep enough.

This is Sarah Knight Adamson, and I want to Thank you so much for listening in tonight. Please be sure to check out my website Sarah’s Backstage Pass.com, for my reviews and interviews.

Check out the podcast on Hollywood 360 Radio Network: https://www.hollywood360radio.com/over-the-moon-and-holidate/