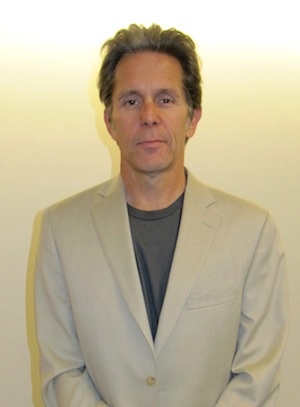 I met Gary Cole in Chicago at Flashpoint Academy during a promotional tour for the film “The Last Rites of Joe May.” Gary is noticeably very tall in person, he’s charming, comical and easy to talk with.

Sarah Adamson: I’d like to clear up some controversy here about your Chicago roots. Can you tell us about those?

Gary Cole: Full disclosure, yes. I know in my bio it has said for years that I grew up in Park Ridge, [IL]. This is not true. I was under the mistaken impression I was born in some hospital in Park Ridge but then my mother informed me I wasn’t. I was born in Chicago somewhere and I don’t remember where. Anyway, I grew up in Rolling Meadows.

Q: Fantastic. Do you still have family in the area?

A: I do. Mostly in Buffalo Grove and Arlington Heights, that area.

Q: Could you talk about the character, Joe May? He seems like the kind of guy that if he had a couple of breaks he would have turned out differently. What’s your take on him?

A: (Laughs). Yeah but you can’t really have the character of Joe May if he had any breaks at all because that’s pretty much his life story. He’s had zero to negative breaks. It’s a great character. It’s a great part for Dennis [Farina]. It’s a guy that probably is one of those, you know the old phrase, ‘he’s a legend in his on mind.’ He probably fancied himself as more of a player than he ever was, if he ever was at all. As the film begins, we see that he’s really down on his luck in a lot of ways but he’s tying to recapture some kind of glory days that either existed a long time ago or only existed in his head. That’s a good way to put it. It’s a guy looking for a break that never seems to find one.

Q: Right. Now your character, Lenny, appears to give Joe a break in the first seen. Do you think your character knew he wasn’t going to be able to unload that 50-pound lamb shank?

A: It seems like a pretty cruel carrot to give him. I guess you would think that most of humanity would make something of that; you could come out ahead, somehow, by giving him that. But maybe in the back of his mind, by giving that to Joe May, maybe he even knows it will come to no good end. I don’t know if that’s why he does it intentionally or it’s just all he has available to him and it kind of blows up in his face…

Q: Well, it’s a wonderful movie. Did you enjoy working with Dennis Farina?

A: Yeah, one of the main reasons was because of Dennis. I’ve known Dennis for over 30 years we did a play together in 1983. That was the first time we met. We haven’t actually done anything else work wise until this came about. It was a big treat for me. I knew that after reading it [script] that it was a great part for him. It was just great to be a part of that.

Q: I agree. The script is so wonderful. I have to tell you that I enjoy watching you immensely on, “Entourage.” Your character is so wacky! Could you give us your take on him?

A: Thank you. That is your unhinged, middle aged, Hollywood misfit. Based as most characters on “Entourage” are – on real people that aren’t necessarily identified – that character (Andrew Klein) was a guy that was, at one point, a fairly big player at one of the big agencies and got himself into a lot of big trouble probably due to substance abuse. He found himself as a literary agent in the valley, which, in Hollywood is sacrilege to being cool if your office is not on the Hollywood side of the hills (laughs). So he puts it together with Ari trying to recapture some glory, but he finds a way to have that blow up in his face as well.

Q: Jeremy Piven (Ari) on the show is another Chicago actor here. Did you know each other before “Entourage?”

A: I believe we met a couple of times in Chicago but that is about it. I actually knew his father and his wife. When I got to Chicago he was already a well-established actor on stage here. He was the king of voiceovers here in Chicago. But other than just meeting him a few times in Chicago we hadn’t really known each other very well.

Q: You’re such a versatile actor with being able to carry out dramas. I’ve been quite frightened of you in some movies (laughs).

Q: Yes, that’s good! And then your comedy is just as delightful. You were in a movie with Will Farrell, “Talladega Nights: The Ballad of Ricky Bobby.” Can you talk about the set just for a little bit? I can’t even imagine working with Will Farrell and not cracking up… just laughing between takes.

A: I hadn’t done a lot of comedy, I had done some on film, but very little that is as loosely done as that. Will is like the king of improvisation. Which, trained in that way, not only improvising dialogue in terms of just getting up in front of a camera but his ability to write quickly, to step away to write something and come up with scenarios and things that should happen in the scene, along with his partner, Adam McKay. It was a great character for me. They had a very solid script. Most of what I did was actually pretty scripted but what they would do is make sure that they would get that [part] first and then they would turn it loose and just do takes that had absolutely no structure at all. They’d just say, “action” and maybe just tweak what they had already. I felt very comfortable doing it with him because he’s been at it so long and he’s so good at it. I felt like if I did fail that’s okay because you can – its different from being on stage and improvising because if you fail, you die there. Here, you fail and they just go shopping later and pick what they need.

Q: You’re also in another comedy, which I love, “Dodgeball” with Ben Stiller. That was more of a physical comedy.

A: It’s right up there with ”Sense and Sensibility”, on the same plateau (jokes). Q: Was that a little bit different? Working with Ben Stiller? A: Yes, Jason Bateman and I worked together. Jason and I were the co-anchor broadcast team there; we did that basically before lunch. I worked on that movie I think it was a total of five hours. We were watching nothing in front of us. The camera was on us the whole time. I chuckled just at the premise of that movie. I heard the word dodgeball and we all shudder with high school nightmares. The great thing about that movie was that Dodgeball was treated with the same reverence and weight as all the other sports [films] – like “Hoosiers.” “Dodgeball” had its own hall of fame.

Q: I want to thank you for chatting with me.

A: Thanks for having me!