My interview with Lucia Moniz, the mother to Lucia, the ten year-old-child who experiences visits from the Virgin Mary in the film “Fatima,” spoke with me on August 25 during a video chat. Lucia was talking to me from her native country of Portugal, where the film takes place. To me, she is the perfect person to play the mother of Lucia as she has a natural history with Portugal and the story, not to mention the fact she’s an incredible, compassionate actress. She’s a delightful person and very passionate about her beloved Portugal; I had a wonderful time chatting with her.

We spoke about her difficult role in “Fatima” as a doubting mother to a child she trusts and loves, as well as the process she ignited to shape her natural connection with her film daughter Stephanie Gil. From the moment she begins talking about her role, you can hear the dedication, the search for authenticity–after all, she is a pro. What fascinated me is her musical talent and her history in the business. It was also great to get her take on Andrea Bocelli and his contribution to the film. It’s lovely to see her face light up when she speaks about him.

Lucia Moniz competed in the Eurovision Song Contest at the age of 19. She represented Portugal and came in sixth place worldwide. I included a clip of her performance in the interview, as music has been a driving force in her life. She is also known for one of the ‘best proposal scenes’ in a movie. In Richard Curtis’s “Love Actually,” (2003), she plays the romantic interest of Colin Firth. A clip of that memorable scene is also included in the video.

The setting is 1917, in Fátima, Portugal, where a miracle is said to have happened, an apparition of the Virgin Mary visited three small children. “Fatima” is based on true events during war-time in Portugal, according to those who witnessed the events—the children, their families, the villagers, and others who flocked to the town. Director Marco Pontecorvo beautifully and historically re-creates the story with Picturehouse Studios as the film’s distributor.

Sarah Knight Adamson: How did you prepare for your difficult role?

Lucia Moniz: It was a big, big challenge. I’m a mother. I have a daughter, she’s 16 years old and I never doubted my daughter, so thinking of a mother that’s doubts her daughter and doesn’t believe in her and actually turns her back to her in a way, it was very tough to try to understand this behavior.

Fortunately, I had a lot of material to read about it from memories of Lucia with her mother, and also some documents of studies and research that were done specifically about their relationship, which was very interesting and very helpful for me to understand this person. Because to play this mother, I had to, in a way, forgive this mother and understand her point of view, even though I didn’t agree with it. But it was a big, big challenge. That was the biggest challenge for me actually, was to play and represent this kind of mother.

Lucia Moniz:
And my hope is actually, through this film and through this story and through this character, to show that mothers or fathers, or whoever takes care of a child, has to be aware and pay attention to what they feel, what they go through. And no matter what beliefs or whatever the subject is, we have to be on their side.

Sarah Knight Adamson: How did you and Stephanie Gil, who does play your daughter, how did you create this natural closeness? Because there are some scenes, it’s like, they’re so riveting and so real. 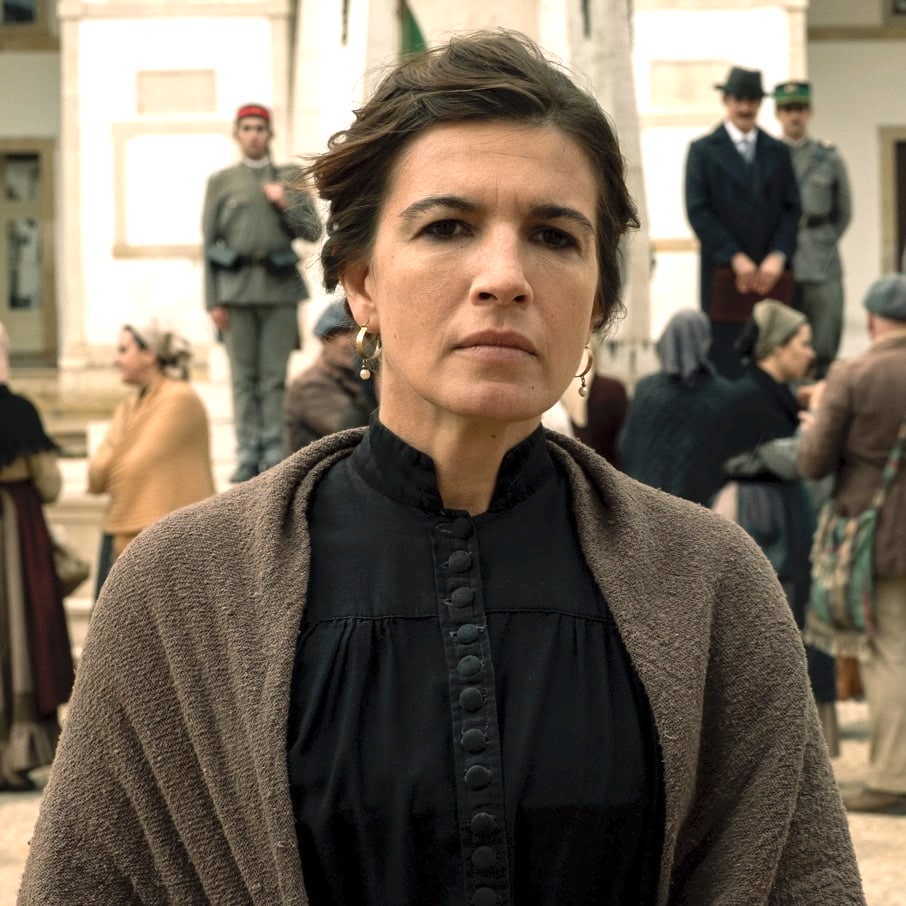 Lucia Moniz: Oh, it always brings tears to my eyes when you speak of that. It was a very, very special connection, and it had to be quick. Because she came from Madrid, and the day I met her was the day that we started rehearsing, and most of the scenes, there’s so much conflict between us, and I’m tough with her. So I was a bit uncomfortable with that, and it bothered me inside that I didn’t have the time to be with her and get to know her and get this bond happening.

So we took care of that really quick. Two days later, we went for sushi, we went for dinner, and her parents were amazing. They were really, really supportive. So we got along really quickly. And I’m so glad you say that you see that in the film because we really connected and we still keep in touch. I went to Madrid already to visit her. She’s a beautiful woman, now a little woman. It was very special, very difficult because we had very difficult scenes to play, but the trust was there, the bond was built. So that was very, very special.
SKA: Thank you so much for that. What a thrill to have Andrea Bocelli sing the song “Full of Grace,” and you are a singer and performer yourself. What do you feel having him involved brings to the movie itself? 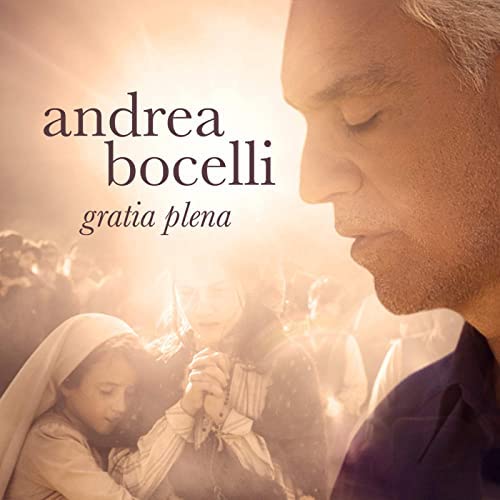 LM: I think when you understand that the music is there for more than just the music and you see the way Bocelli is involved in it and the way he’s singing the song, and the way he’s involved in the theme in general, it’s clear that he really wants to be part of it. And it makes sense for him to do it, not just perform a song. So I think that’s very powerful, and it jumps out of the screen in a way. 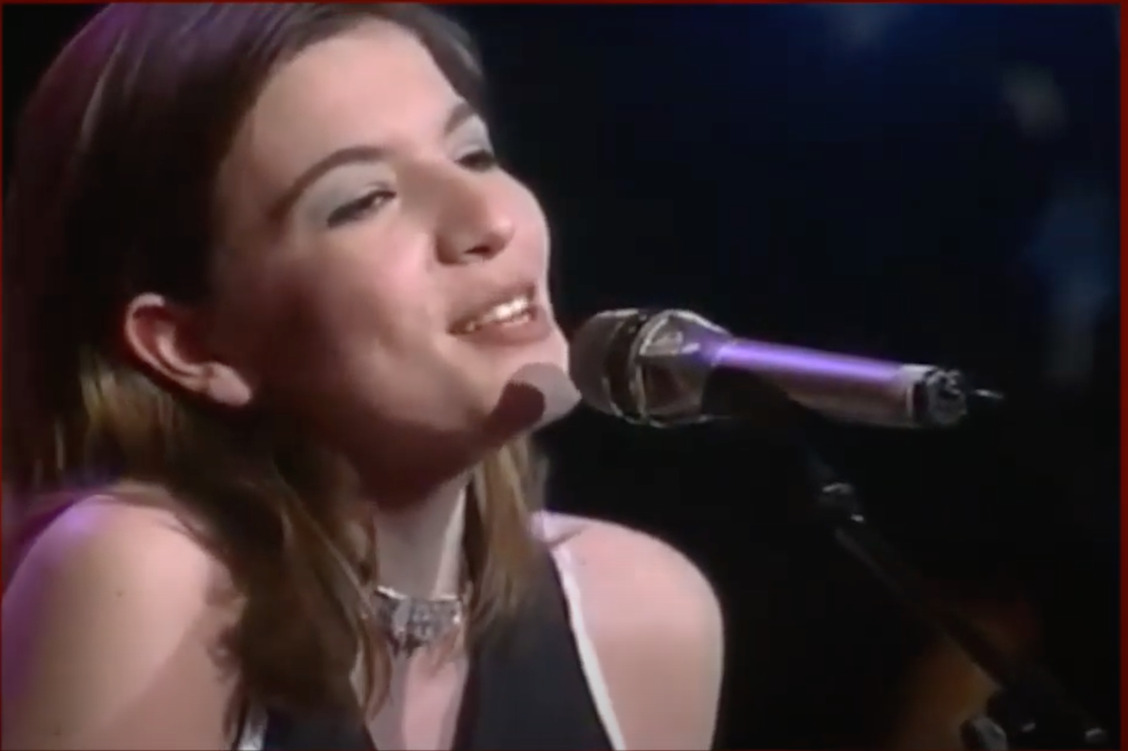 LM:Yes. I was 19, and it was so much fun. I’m glad I did that with that age. I was so young, and the good side of being naive is that you don’t pay attention to the poison that sometimes is around show business. You know what I mean? So I was just having fun. I had a great, great crew with me. We were all having fun. We were singing Portuguese music every day in the hotel corridors, in the streets.
I have so many good memories out of it, and I didn’t feel any competition. I didn’t feel any fighting or being better than whatever. I just shared music, and I had fun. So it was a great experience.

SKA:Richard Curtis, writer, director of “Love Actually,” I’ve interviewed him twice. What did you learn from working with him? By the way, what a performance in that movie. Again, unbelievably beautiful. 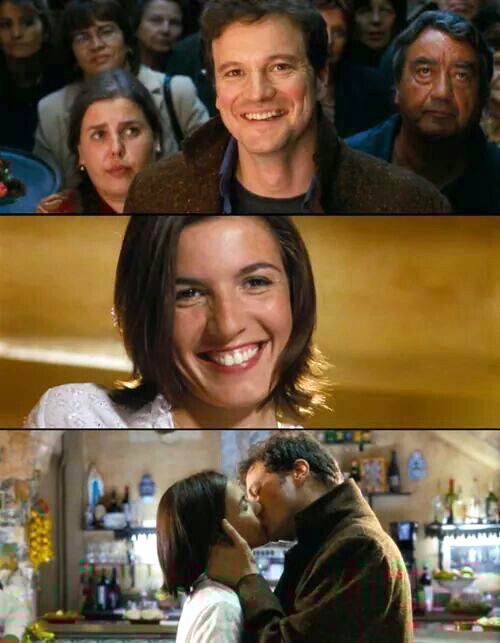 LM:Thank you. Thank you. Thank you so much. I’ve learned so much from him, just being next to him, just listening to him, just witnessing what he does worldwide with Comic Relief. He has a huge heart. He approaches the human being in such a beautiful way, in such a genuine way of going or describing or showing people’s feelings, people’s frustrations, people’s ups, and downs. It’s unbelievable. Every movie has that of him, and you can totally see his signature when you watch a movie written by him. That’s what comes out. It’s human hearts.

Sarah:Oh, absolutely. Oh, yes. Thank you so much for that. And I want to thank you for speaking with me today.
Lucia Moniz:
Thank you.

Sarah: And also about the movie Fatima. I know it’s just going to be a worldwide hit because it’s just such a beautiful, lovely film, and you are amazing in this film.