Oscar Isaac is cast perfectly as a superhero who’s ruled by an ancient Egyptian god and struggles with a dissociative identity disorder. He has two personas: Steven, a brainy mild-mannered British Museum gift shop salesperson we meet first, and Marc, the quick-tempered, physically violent guy who wants to wreak havoc. Both can visibility see each other sometimes via mirrors or reflections; their arguments are hysterical. On paper, they are opposite halves of a figurative whole: intellect and muscle, goodwill and combat, which makes for an intriguing role.

Moon Knight is a complex character that takes some time to settle in to grasp the duality—although once alight, you can’t help but have a good time predicting what these two are going to do next. While Steven is single, Marc is married to Layla El-Faouly, played by May Calamawy, an archaeologist who has seen her husband’s cool costume that mysteriously turns him into Moon Knight. The bulletproof white suit has eyeholes that shine like flashlights and an awesome long cape. The suit can be summoned upon turmoil and threats, turning a human into the superhero Moon Knight. 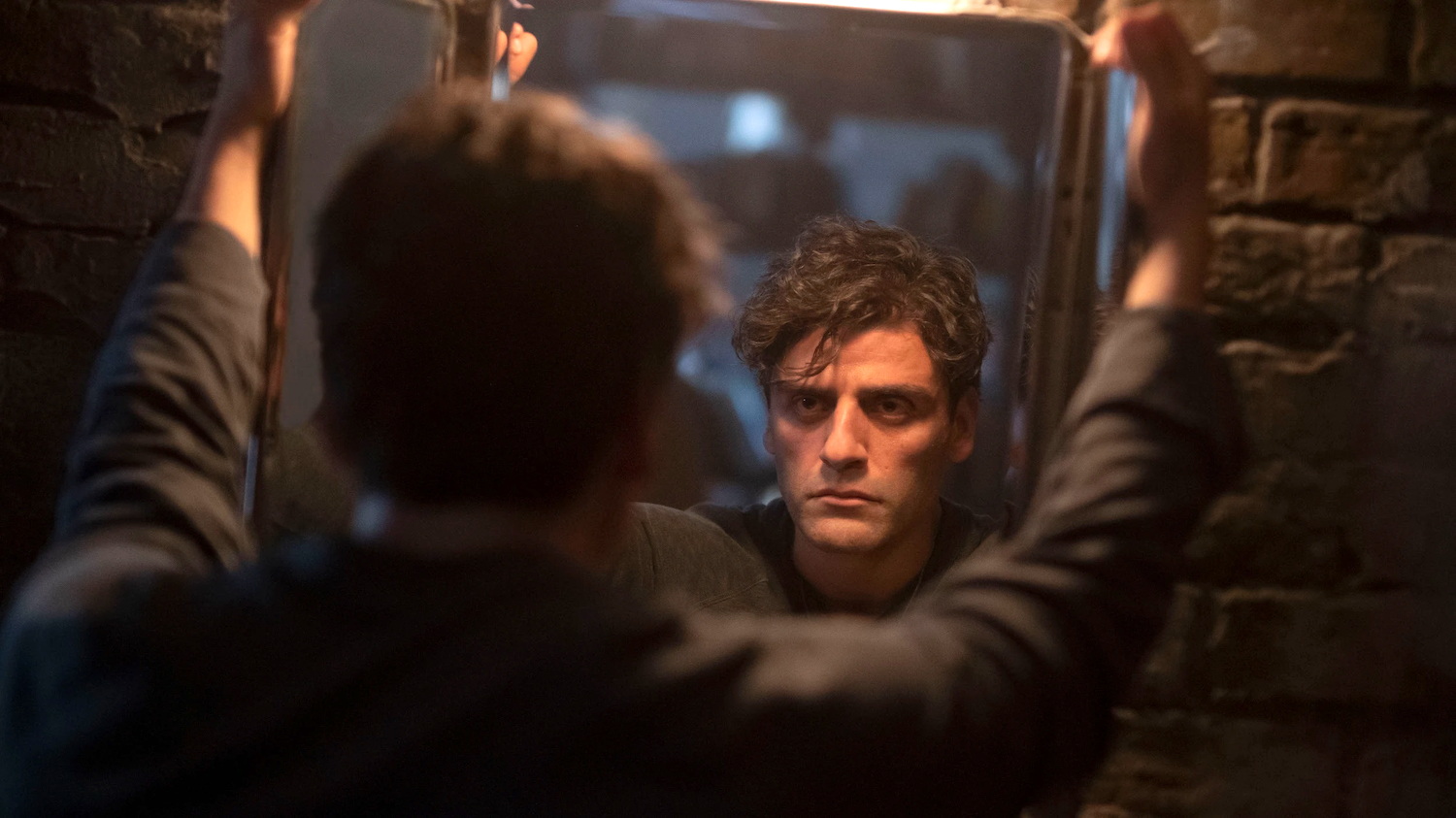 You’re probably wondering about the villain or villains; Ethan Hawke’s Harrow is most definitely the bad guy who wants to resurrect an opposing Egyptian deity, while F. Murray Abraham is the voice of the god, Khonshu, a loudmouth commander who is a skeleton of sorts, with a floating large bird skull of an ibis.

In a conversation from Episode 2, Marc says, “Steven, I made a deal with Khonshu, and I don’t want you interfering. That deal is contingent on you not interfering. Now give me the body!” The constant push-pull of the two keeps the lively story twisting and turning in all sorts of directions.

Viewing four episodes gives one a sense of the series, although it does take some time to settle into Oscar Issac’s dual characters. “Moon Knight” is entertaining, and absorbing as the Egyptian setting, creates mystery along with the fascinating history of Egyptian cultures and their ancient practices. All of the actors have created their own identities, bringing each character full circle, which leaves you wanting more as a viewer. Isaac is a standout as he has a dual role and is typically on screen most of the time while wowing us with his performance. Having an interest in Egyptian history, I’m hooked on the series and look forward to finding out what comes next.