“Oleg: The Oleg Vidov Story” is a documentary based on Oleg Vidov’s life as a Russian actor (known as the Robert Redford of the USSR) who escaped at age 42 to America. The 95-minute documentary memorializes his rise to fame, his disastrous marriage into the inner circles of the Brezhnev family, and his heroic escape by illegally crossing the border out of Russia. 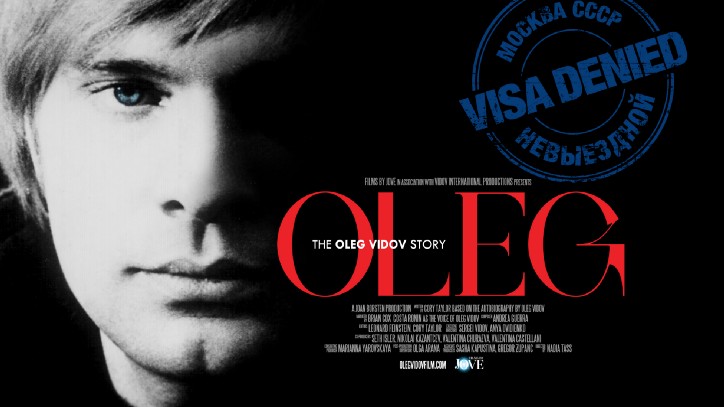 Upon his escape, he met Joan Borsten, a journalist in Italy, and they became friends—soon after, a romance developed. They became husband and wife several years later while living in America.

When Oleg passed in 2017, he left Joan his autobiography to complete, with a list of 70 people to interview and numerous countries to visit. She interviewed top Soviet actors and directors, such as Mikhail Baryshnikov, Walter Hill, Roger Donaldson, along with friends and colleagues across three continents; during that process, she decided to create a biography film.

Oleg Vidov was born into a totalitarian country that did not tolerate the concept of individual freedom or the rule of law. The film informs us of this type of government and the toll it can take on its citizens. Travel outside the USSR was a privilege and denied to all but a small number of the cultural elite.

Oleg’s film career is explored. We learn that he was the first Soviet actor ‘allowed’ to play a non-Soviet hero in a western production made in a western country (Denmark’s “The Red Mantle,” which was nominated for a Palme d’Or at Cannes). In the Oscar-nominated Yugoslavia film “Battle for Neretva,” he played a partisan.

The documentary highlights his tough years of not being on the A-list of actors due to government disapproval, the mental anguish, and his daring escape. You’ll also see his humanitarian work in America along with his legacy of coming home to his devoted fans. In the end, this remarkable story is a love story as Oleg talks about the love of his life Joan in a beautiful scene.

I can’t recommend this film enough as it teaches us about Russian film history and the political changes through the years while paralleling Oleg’s life.

I started by congratulating Joan on completing her husband’s autobiography; and creating an incredible film.

Sarah Knight Adamson: Can you tell us about the early days of meeting Oleg in Italy? What drew you to him? I believe he was 42 years old at that time?

Joan Borsten Vidov: When I met him, he had just come from the beach and was as red as a lobster, he had also cut his own hair, and frankly, he wasn’t my type. He wouldn’t leave me alone. He followed me around the house and talked non-stop about his parents, his fans, and his movies until I gave in. As a result, I’ve had a wonderful life.

SKA: Did Oleg ever wish he’d tried to defect earlier as I believe your friend Mikhail Baryshnikov was 26 when he defected to Canada.

JBV: The difference between dancers defecting and actors is the language barrier. (paraphrased)

SKA: How did you choose your director, Nadia Tess?

JBV: Nadia is a friend, but she seemed right for this film as her grandparents came from Russia during the revolution. They raised her by reading Russian poetry to her and acting out Russian plays. We’ve always said she has a Russian soul. Most of the people involved in the making of the film have Russian roots. The main editor the of the film, is related to Leon Trotsky.

SKA: Oleg was one of the first Russian actors to play a cowboy. Did you ever watch any Clint Eastwood movies together?

JBV: Yes, absolutely, we watched all kinds of American westerns together on the Cowboy Channel. We both loved them.

SKA: How did you feel about the huge responsibility in finishing Oleg’s life story and then making it into a major motion picture?

JBV: The documentary film is over 90 minutes because we eliminated some of the things we did in our life. For instance, the animation restoration and sound dubbing is very expensive; Oleg decided to have me bid for a Humanitarian Cargo Contract at the United Nations to deliver food and supplies to Russia. It was very exciting tone involved in  delivering  the much-needed supplies, as this also paid for the animation restoration.
(Joan continued telling stories the aviation pilots told her about Oleg’s dangerous trips with them into war zones.)

SKA: While watching the film, I felt that the Russian animation piece is a very large part of your life. It brought him so much joy; did it bring you joy as well?

JBV: Well, no, I had to pay for it. (Laughing) In the end, Oleg sold the animation to 55 countries, and they were dubbed into 35 languages.

SKA: Oleg’s life story with ‘an international escape piece’ aligns perfectly with a Hollywood script. The fact that he was a famous actor is all the more intriguing. What is the message you hope viewers will gain from his story?

JBV: Courage, believing in yourself, are  the story of many immigrants who come here (America) and they also want the freedom to make their own decisions. I think he proved that in this country, if you have enough talent, energy, and the will—you can become something you weren’t before. He found that in his animation journey. 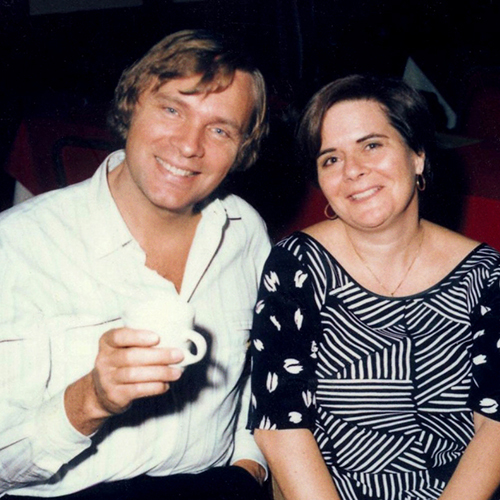 SKA: I want to thank you again for coming to Film Fest 919 and shedding light on your remarkable film. It was a pleasure speaking with you tonight.

Joan answered a few audience questions, then provided Russian candy to attendees—and it was yummy!