Last Wednesday, May 26, 2010 Chicago AMC River East Theater was the site of the Red Carpet event for the new film, “The Karate Kid.” The weather was a bit warm, but that didn’t bother exuberant fans who were treated to a special Chinese street carnival, karate demonstrations and special guests. Secretary of State Jesse White walked the red carpet as well as former 1985 Bears Super Bowl champion Richard Dent. The crowd cheered uproariously when Will Smith arrived as his presence was a total surprise. Will Smith and Jackie Chan ran back and forth giving high fives to the crowd while the continually jumped around− both were so much fun to watch. 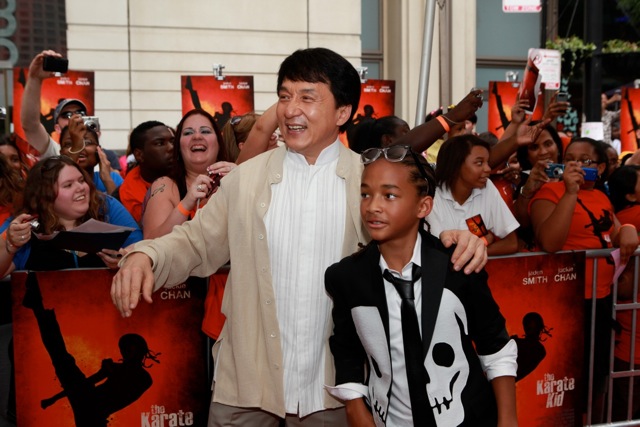 I was able to ask a few questions and did speak with Jaden Smith the star of the film. I asked him what message he feels kids should get from the film. He answered that he hopes more kids will take karate lessons as he learned so much from his experience.

Jackie Chan told me that he was so happy to play a serious role and that Will Smith encouraged him throughout the filming. Chan also told me that he’d like to become as serious an actor as Robert De Niro. Chan was pleasant and very charming to meet, it was a thrill as I’m a big fan. 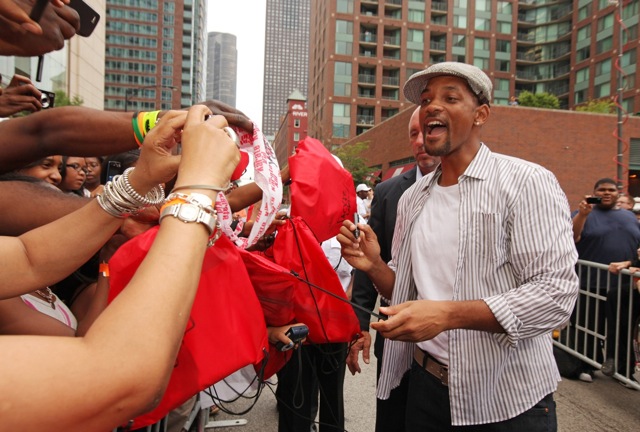