Next up: “Stuntwomen the Untold Hollywood Story” Director April Wright is no stranger to documentaries, and she has a great one streaming online now and in drive-in theaters.

Based on Mollie Gregory’s 2015 book of the same name, the film interviews the best in the business. Finally, these amazing, risk-taking women are in the spotlight. Their work is a dangerous profession, and what’s crazy; they love every minute of it. The pros and cons are looked at as well. Who knew that men would pass for women in the past. Did you know that the more difficult the stunt, the more money the stunt person makes?

Stuntwomen have to ‘pad up’, since the pads are under a costume or the matching wardrobe of the female. Stuntwomen are often doubles for female leads and co-leads, which, by the nature of how women are still being cast, especially in action projects, means they will at least have exposed, unprotected arms, legs, and even torsos and backs. This presents problems for the women and in this day and age the problem needs to be addressed. It’s shocking, that the stunt women have to constantly diet so they can wear a layer of padding under their clothes.

The film begins with the history of women performing their own stunts and progresses to current times. It’s an action documentary about the unsung professional actors and their path to performing stunts at the highest level. The film has been released by SHOUT Studios. The film also has a 100 percent rating on Rotten Tomatoes.

Michelle Rodriguez, a star of the “Fast and Furious” movies, advocates for all stuntwomen to receive the recognition they deserve. Wow, Carl, you would not believe all the stunts these women perform. 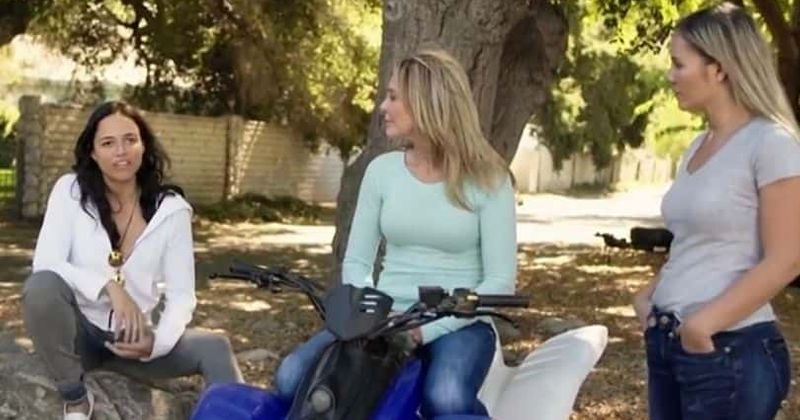 Thanks so much for listening in tonight, and please check out my interview with April Wright, the director of Stuntwomen, and my article on the Top 25 Films of the Toronto International Film Festival on Sarah’s Backstage Pass.com. See you next week!