This year, it was a whirlwind experience to manage the Toronto International Film Festival’s virtual film schedule. Having set a goal to view at least 20 films—surpassing that mark was gratifying. Having been accepted to the pool of 500 journalists down from the traditional 1600 that #TIFF usually carries, I felt a responsibility not only to myself but also to all involved. Here is my story of dividing and conquering as a press outlet of one.

Upon receiving the schedule, it’s always helpful to read the five or six major press outlet articles on the buzz-worthy films—this year was different as there were fewer articles; therefore, narrowing down the 50 films required in-depth research of all 50 films. Yes, typically, the 300 or so films are researched, and some do stand out, in this case, there were many gray areas. To be frank—the gray areas became the ahh-ha moments that kept the task exhilarating. Some films brought unexpected tears of joy, and others brought laughter; the surprises lay in the films that opened eyes to new discoveries, taught about global problems, or are a call to action.

The realization that all of the @TIFF_20 award winners made my top 10 list garnered personal satisfaction, and additionally, my top two aligned. Yes, “Nomadland” is my top, and “One Night in Miami” is the runner-up. Other top ten films are “Beans,” “Inconvenient Indian,” and “Shadow in the Cloud.” 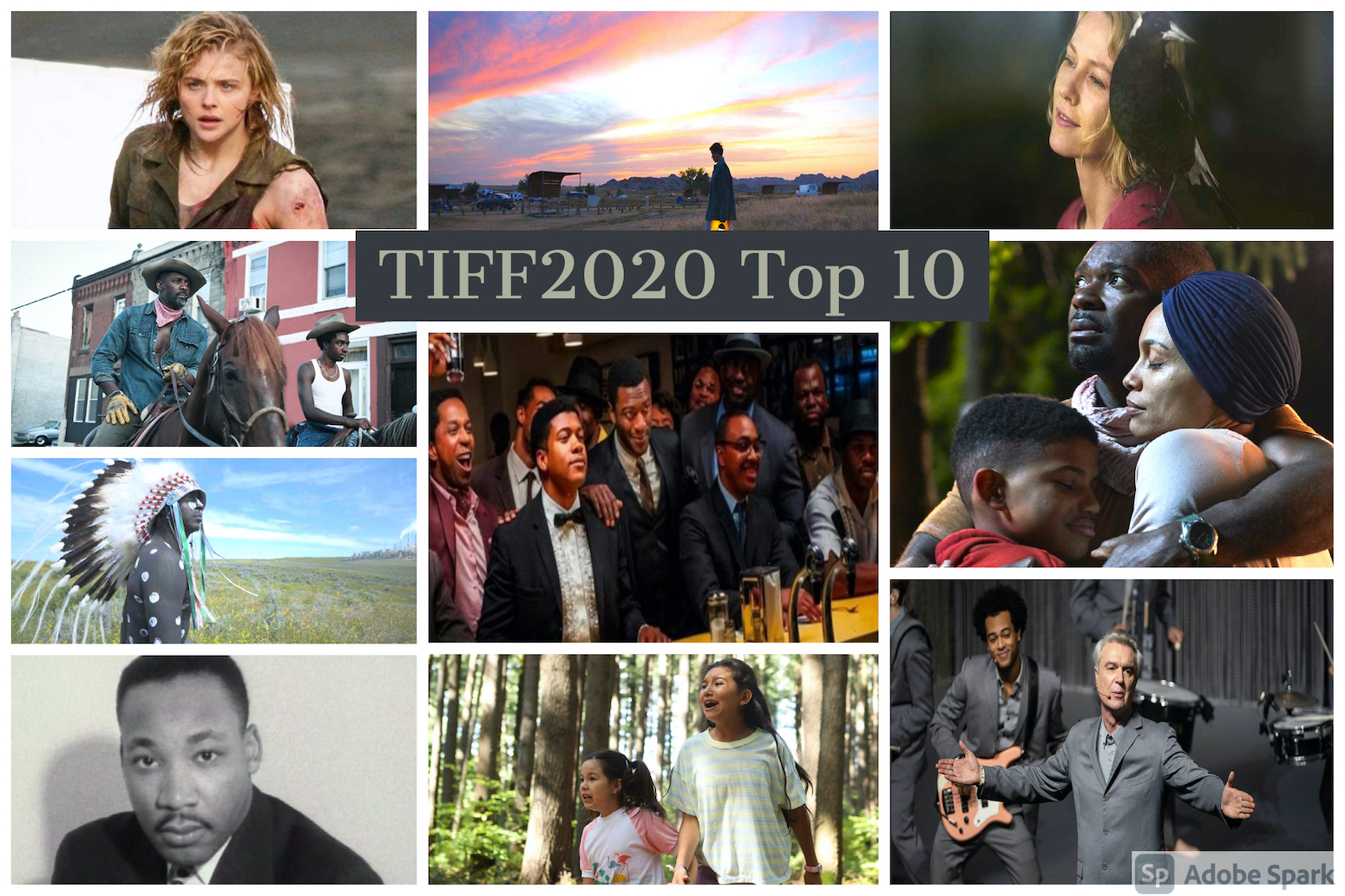 2. “One Night in Miami” Regina King

7. “Shadow in the Cloud” Roseanne Liang

12. “Another Round” Thomas Vinterberg

18. “Pieces of a Woman” Komel Mudruczo

25. “Enemies of the State” Sonia Kennebeck

*Please note, films that were not available to me were, “Ammonite,” “I Care A Lot,” “The Father” and “Bruised”