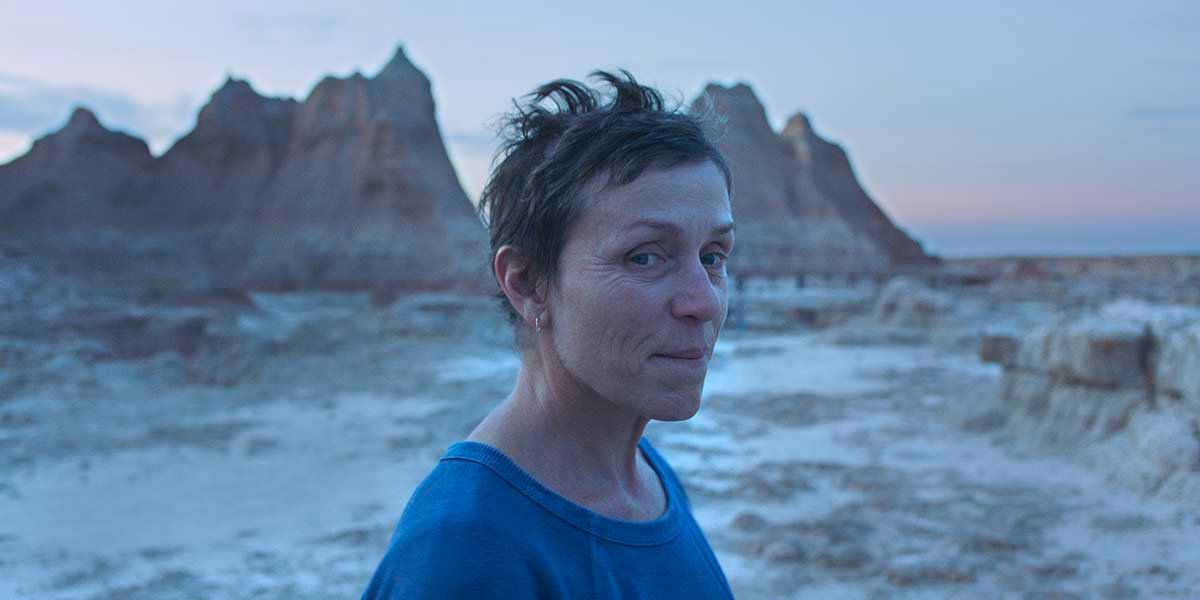 My favorite film of the festival is “Nomadland,” a drama featuring an outstanding performance by Francis McDormand. She plays a widow who travels in the West, living in her van, attached to no state or address; she works part-time where ever she can find work. Chloé Zhao, of “The Rider,” directs the film, based on the book “Nomadland: Surviving America in the Twenty-First Century.”

The book’s author Jessica Bruder explores a new, low-cost labor pool, mainly of transient older Americans. Social security benefits aren’t enough, and mortgages have defaulted. Many hit the road by the thousands traveling in older model RVs and vans. They have become a community of nomads, the new migrant laborers who have been named workampers. Most have no zip codes or ties to cities or homes; they roam from town to town looking for part-time work.

“I’m not homeless, I’m just houseless,” Frances McDormand states as she portrays Fern, in the film, a nomad who lives in her van. She’s just reconnected with a former student and feels the need to reassure, although one can’t help thinking she’s comforting herself by stating the proclamation. To be clear, this is a sad story of loneliness, heartbreak, and tough-times. The film did bring tears to my eyes, as you can’t help but empathize with the situation of a community of people who have worked hard their entire life to end up roaming the country in search of work.

Fern does connect with David, played by David Strathairn, a nomad whom she keeps crossing paths. Zhao casts real-life nomads Linda May, Bob Wells, and Charlene Swankie as versions of themselves that Fern also meets during her journey. The nomad community is welcoming and helpful and strives to ‘make the best’ of their situation, finding comfort in reminiscent tasks of the lives they left behind.

The reason to watch “Nomadland” is to see first-hand Frances McDormand’s heartfelt performance, one of the best of her career, and to bring the topic of nomad workers to the forefront. Look for Oscar buzz and many awards in the coming season.
“Nomadland” is the Toronto International Film Festival’s People’s Choice Award winner for 2020.