“The Power of the Dog” rated R is director Jane Campion’s western based in Montana, and you won’t see a tail wagging dog in the film. What you will see are character studies of two brothers (opposite in personalities), Benedick Cumberbatch and Jesse Plemons, a new wife Kristen Dunst and her son, a sensitive male college student, Kodi Smit-McPhee. Here’s gorgeous cinematography set against the backdrop of a 1925 Montana Ranch. 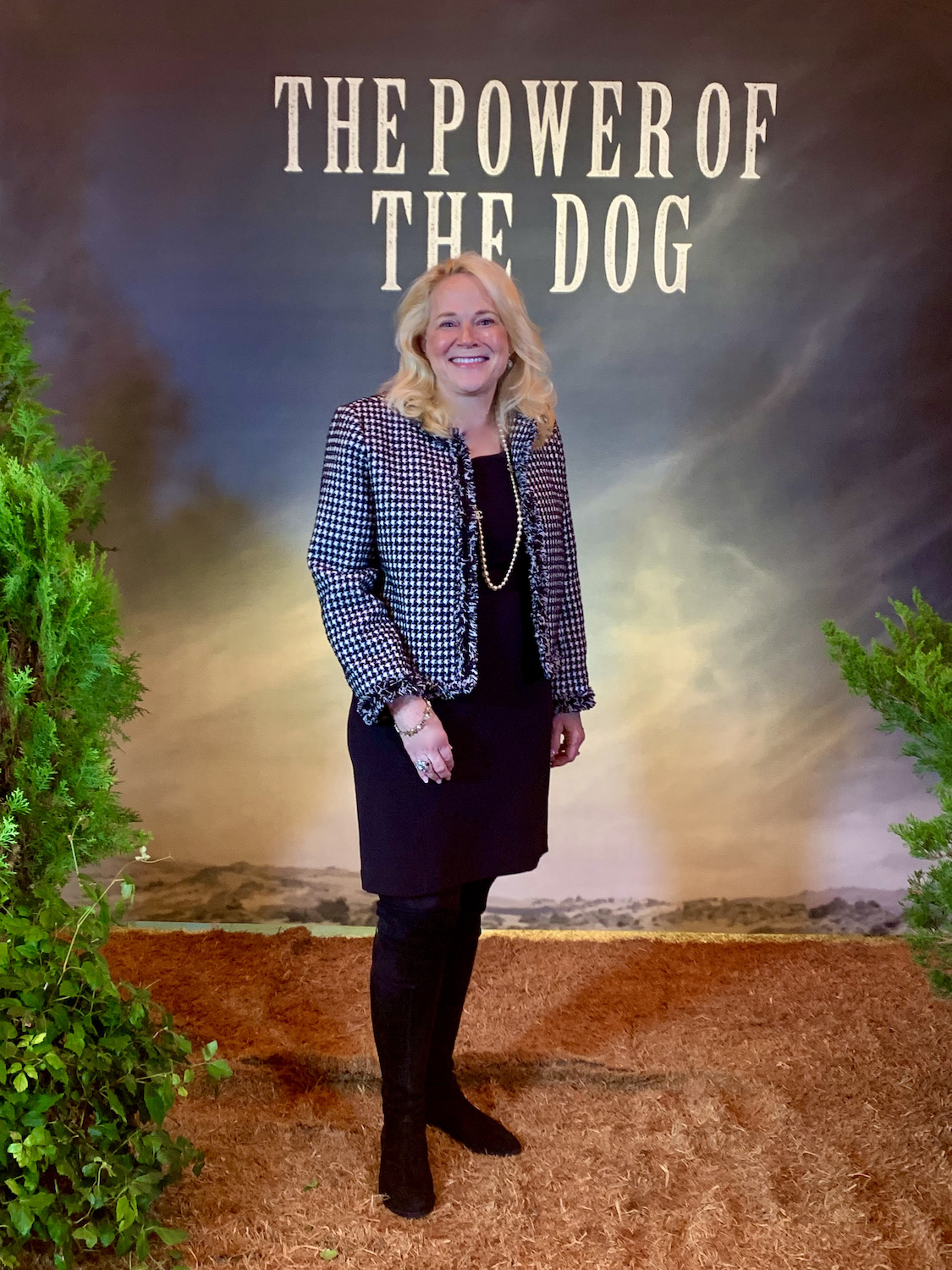 The Power of the Dog is based on Thomas Savage’s 1967 novel. It tells the story set in the 1920s of a Montana ranch and two brothers different as night and day. Case in point, one baths, the other doesn’t. George, the bather, is neat and polite. He wears his Sunday-best suits and ties as he oversees his ranching duties. Phil is rebellious, crude in manners, and dresses as if he’s been on a cattle herding job for months. Oddly, the brothers share a room in the large ranch house and sleep together most nights. When George falls in love and marries Rose (Kirsten Dunst), the widowed owner of a tiny run-down hotel, Phil’s jealousy consumes their relationship. 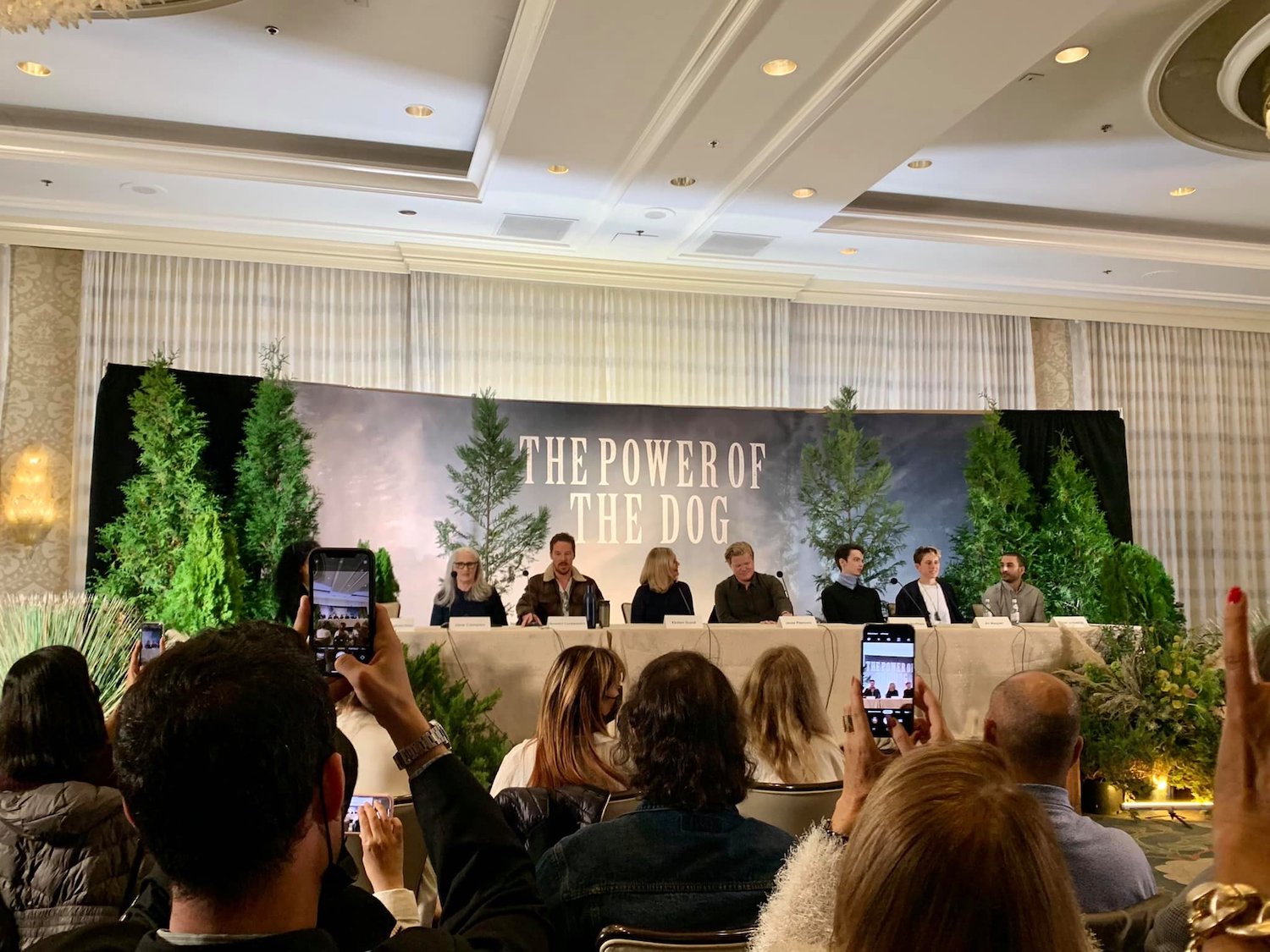 If you’re in the mood for a slower pace, with themes of reflection, frustration, dependency, loneliness, and anger, this film is for you.

This is Jane Campion’s first film in 12 years. She’s known for her Award-winning Academy film, “The Piano.” It was great to see her in person at a press conference and to hear all of the cast and filmmakers dive deep into the film’s themes.