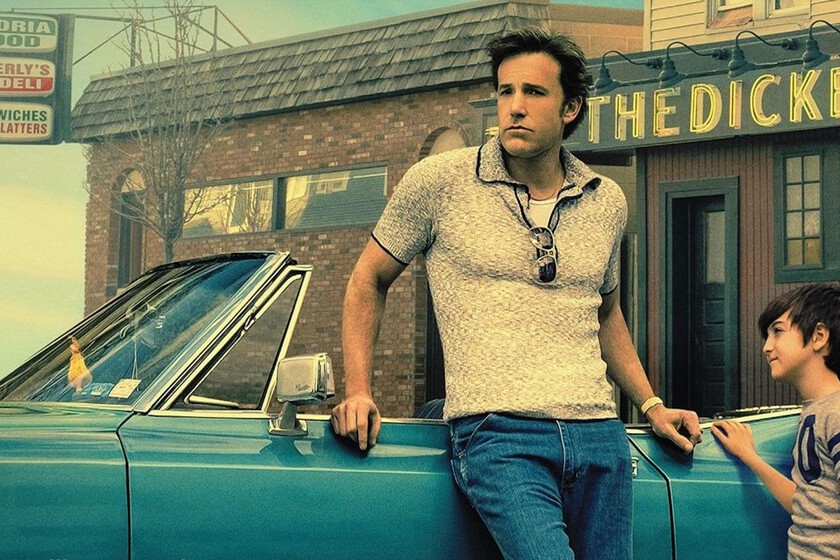 The film is based on the true story of news journalist J.R.” Moehringer, a Pulitzer Prize winner wrote a memoir in 2005 of his chaotic life during the 70s. A local bar became his sanctuary. The film stars Ben Affleck as Uncle Charlie and Tye Sheridan as J.R. It works on many levels, but it mostly works because it is heartfelt and emotionally honest. His childhood and young adulthood are not sugar-coated. We see a transformation right before our eyes.

The performances are tremendous, as are the film’s narrative. While dad is absent, Grandpa (Christopher Lloyd) and Grandma (Sondra James) and the rest of the home is filled with assorted children, grandchildren, and cousins. Young J.R. quickly forms an attachment with his Uncle Charlie (Ben Affleck), a savvy, charming underachiever who owns a local bar called the Dickens.

George Clooney is at the directing helm with a screenplay by William Monahan.

The bottom line here’s a film that has all-around great performances yet doesn’t lose sight of its main theme of how a neighborhood and an uncle can help tremendously raise a child and a teenager. It’s streaming now on Amazon Prime.

The Sundance Film Festival has wrapped. I screened 20 films. My favorite was the documentary by Amy Poehler, “Lucy & Desi.”

Thanks so much for listening in tonight, this is Sarah Knight Adamson your National film and T.V. critic for Sarah’s Backstage Pass. And I’ll see you next week with an update on the winners of the Sundance Film Festival.