Next up, Pixar’s “Turning Red” It tells the story of a 13-year-old girl and the pressures of growing up. Her over-bearing mom, pushes too hard, and the stress becomes overwhelming, as a result, she turns into a giant red panda at times. Sure this tagline seems unrealistic, although under director Domee Shi’s energetic and empathic lens, she has shaped a film that, demonstrates the potential Pixar has to tell character-driven stories that have universal appeal. 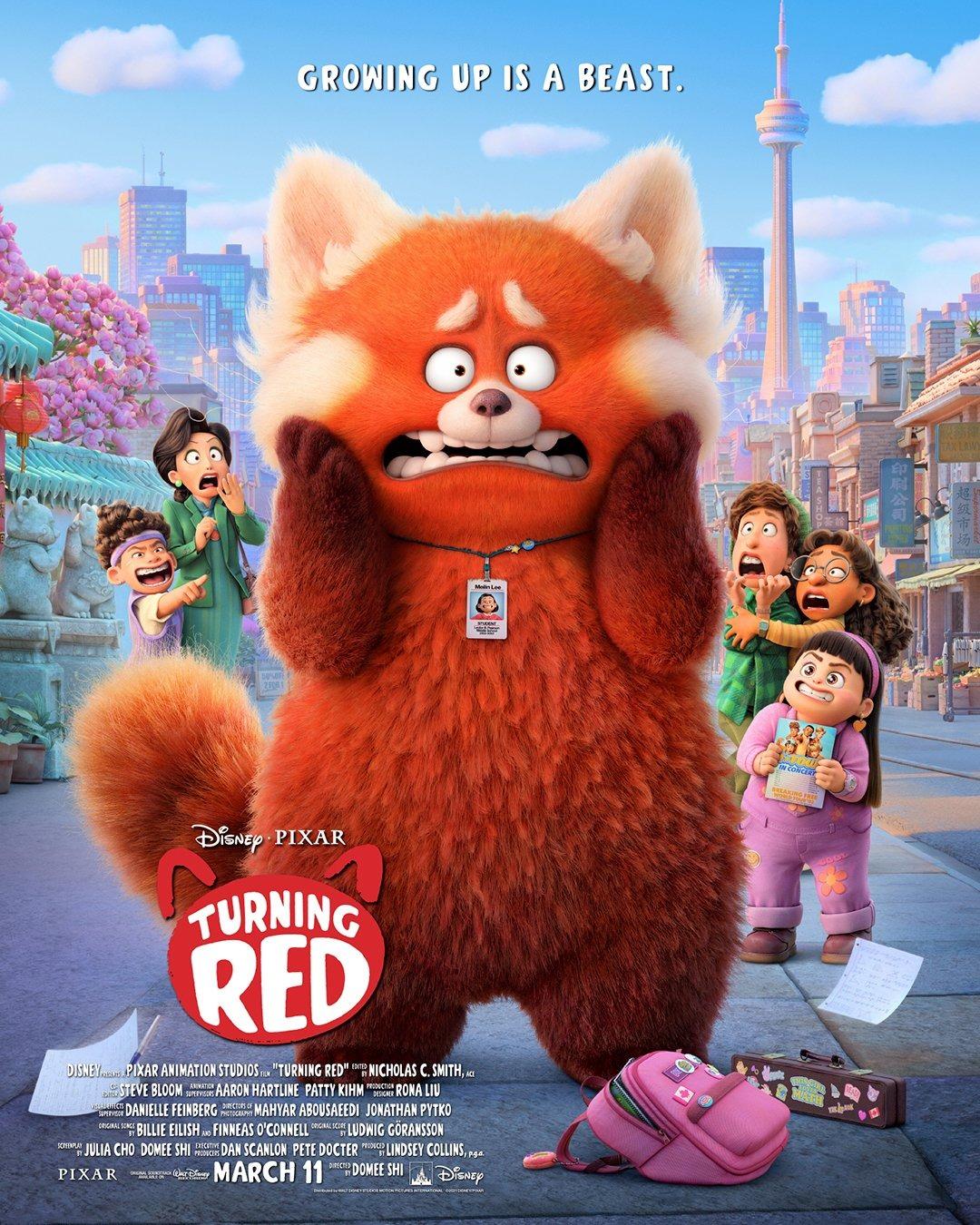 Writers Shi and Julia Cho, weave a textured screenplay that captures the challenges of coming-of-age. Rosalie Chiang voices Mei Lee, a 13-year-old girl who has grown up to be the perfect, dutiful daughter. She pleases her mother voiced by Sandra Oh by working after school at her family’s temple. Discovering that her mind day-dreams of boybands, and boys at school, a normal occurrence that is verified by her girlfriends is not a topic that pleases her mother.

Life for Mei Lee changes quickly after being publicly embarrassed, as she wakes up the next day to discover she’s turned into a giant red panda. Unfortunately, excitement is the trigger for the panda change, and as a 13-year-old, excitement is an emotion that is not easily suppressed. Filmmakers do young girls first experience with their periods, an admirable move, the fears and worries are covered in a few scenarios.

The character driven story works, as the writers provide both sides of the issue; parenting and growing up. Mei Lee’ s mother has to learn to loosen the apron strings and Mei Lee learns to rely on her instincts. I enjoyed the movie as it gives kids and parents a vehicle for discussion and the message to believe in your heart.