“White Noise” made history as the first film ever to be named the opening night selection at both the Venice and New York Film Festivals. Attending the film’s opening in New York City during a Netflix event at the prestigious Lincoln Center was delightful, as well as the after-party at Tavern on the Green; here’s the good news—the film is excellent!

Igniting the screen with dual hyper-speed character narratives and gorgeous set designs, anchored by themes of mental illness, infidelity, and serious death issues— all are paradoxically entwined with humor. Refreshing like no other film I’ve ever viewed; the originality heightened my experience. The icing on the cake is the superb direction by Noah Baumbach, anchored by an all-star cast; Adam Driver, Greta Gerwig, and Don Cheadle all deliver award-winning performances.

“White Noise” is based on the book written by Don DeLillo in 1985, winning the National Book Award for Fiction. The book has been described as non-definable by some and unfilmable by others, certainly complex material, yet the family aspects ground the source material. The premise is based on the main character Jack Gladney, a professor of Hitler studies at the College-on-the-Hill in Ohio, and his wife Babette, who struggles with daily life as she raises their four children. Their world becomes one of instant survival mode due to an “Airborne Toxic Event,” a disastrous train accident that spewed chemical waste through their town. 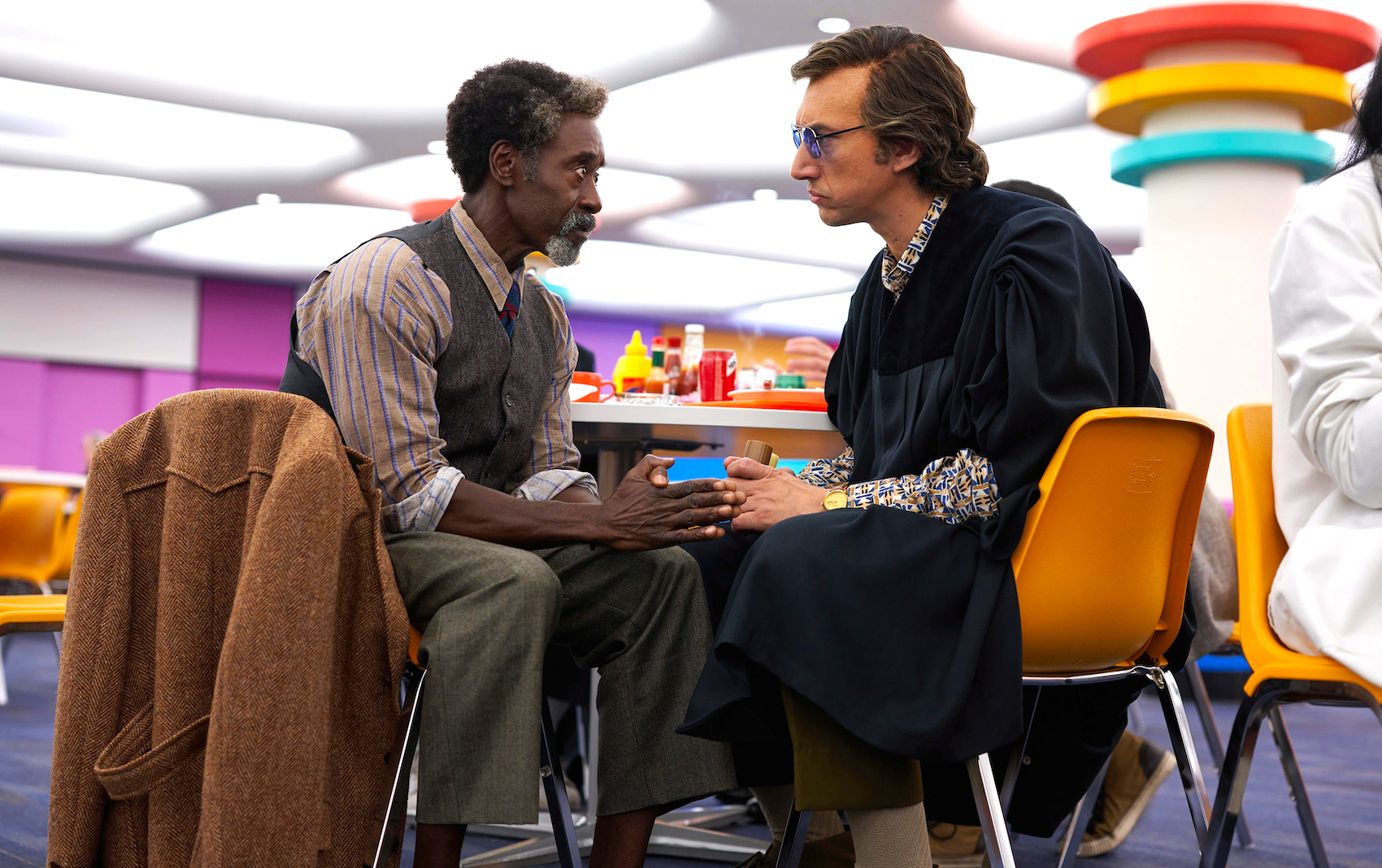 Jack’s close friend, Murray Suskind, Don Cheadle is a professor and colleague, not to mention the actor’s character has a sunny disposition. We view Siskind delivering a monologue on the optimistic overtones of the car crash scene in American cinema, then cut to the distinguished Hitler Studies professor Jack Gladney (Adam Driver) and his wife Babette (Greta Gerwig) in their kitchen, surrounding by a horde of articulate children, who are usually all talking at once. Their movements are choreographed with variability—their speech is direct and pointed as to pronounce statements rather than normal family banter.

Cheadle comments from press notes, “Noah wanted it to be, even with the gestures and the movement, like everyone is climbing on top of everybody else and the words are all collapsing on top of everyone else’s. We’re all trying to make these points, and there’s a sort of intellectualism on display, with not a lot of absorption.” 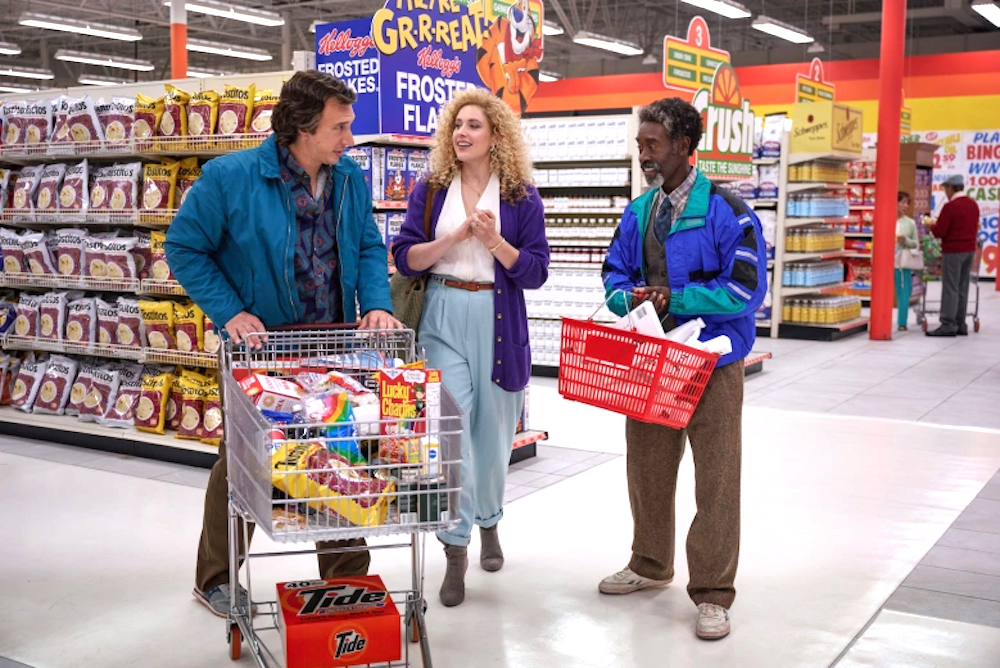 Be sure not to miss the scene with the youngest child, Wilder, portrayed by twins Dean Moore/Henry Moore as the six-year-old son and the youngest child in the family. Wilder actually leans over from the grocery cart and kisses boxes of Twinkies and Ho Ho’s. During a casual chat with Noah Baumbach after our CCA press conference, I asked him about that scene as it presented a realism many parents know about their kids. I thought they just may have caught an off-camera moment. He replied with a smile, “Yes, that scene was purposely scripted, as I know kids would do that.” I told him I thought it was spot-on.

Another standout of the film is the ’80s costume design by renowned costume designer Ann Roth, who currently holds the record of the oldest woman ever to win an Oscar for “Ma Rainey’s Black Bottom” (2020). Gerwig’s curly permed hair was ‘the’ hairstyle of that time, as most of my friends and I had that look. Not much to fuss about; just wash and air dry, and the curls are ready to go. Gerwig said during the press conference that her meetings with Roth helped to shape her character in many ways, including her mannerisms.

In speaking with Greta Gerwig during the press conference, I asked her about the youngest child in the film, played by twins Dean Moore/Henry Moore; she said they were both so comfortable with her on set that one of them fell asleep in her lap.

In switching gears to Gerwig’a directing skills in writing a tagline for this ‘undefinable’ film, I asked her how she would describe it. She replied that having read the book, she discovered so many insights into that period of time and that, in summary, it’s a darkly comic epic tale of navigating America in the late 20th century or even all time. When she read the book at age 19, she would mark pages with his insights and found so many hilarious satirical insights and dark comedy. 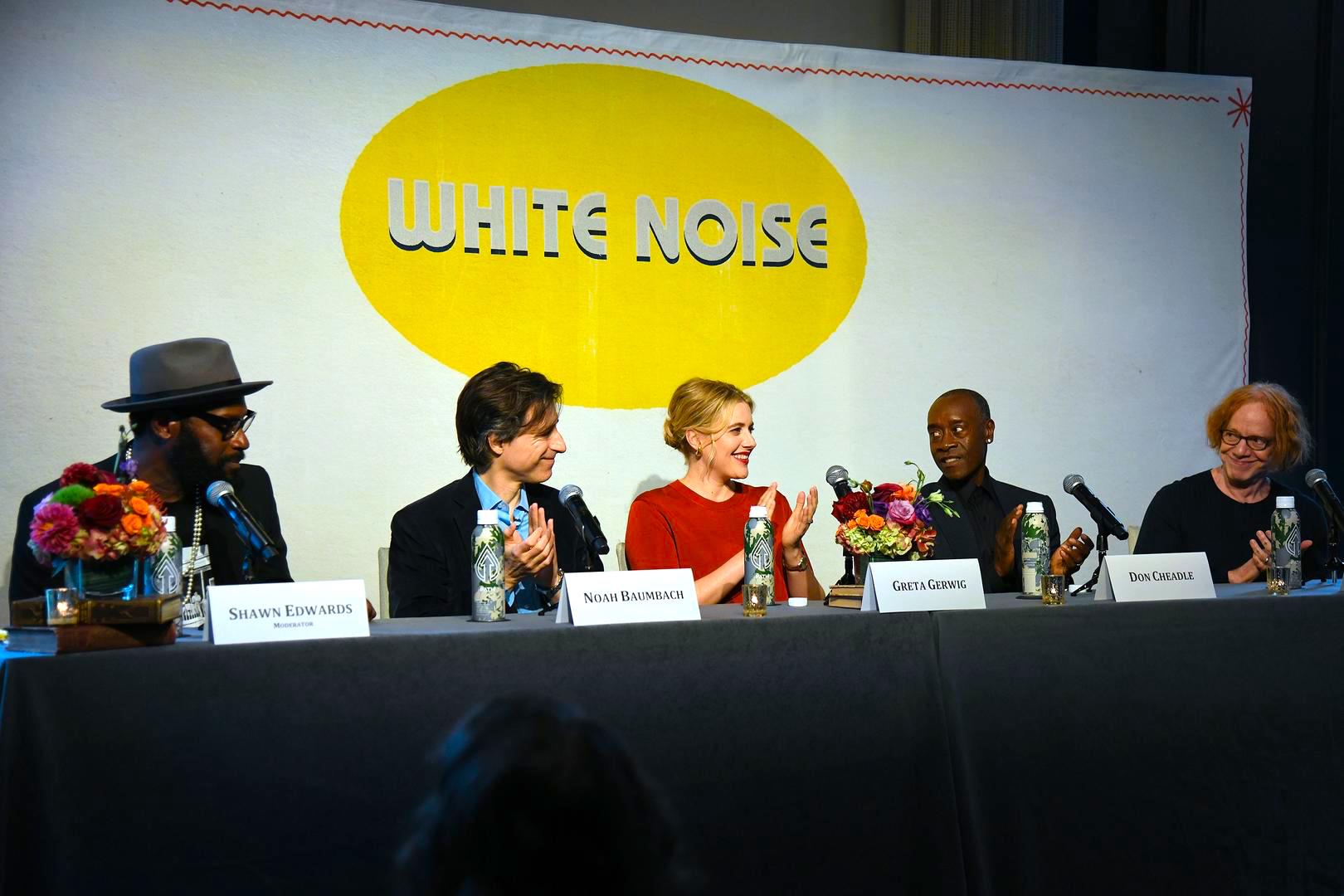 Along with costuming and sets, the ’80s musical scores, including an original song by four-time Academy Award nominee Danny Elfman adds immensely to the tone and feel of the film. The piece “New Body Rhumba” from LCD Soundsystem features a lively and unexpected musical-dance sequence during the ending credits.

One could say the premise is of a nuclear family about to go metaphorically and, in some ways, literally nuclear. In my conversation with Don Cheadle, I asked him about the sense of danger compared to his Academy Nominated Best Actor Award role in “Hotel Rwanda.” He said he hadn’t thought of it that way, although he could see similarities in that one is tangible, yet the other is metaphysical. 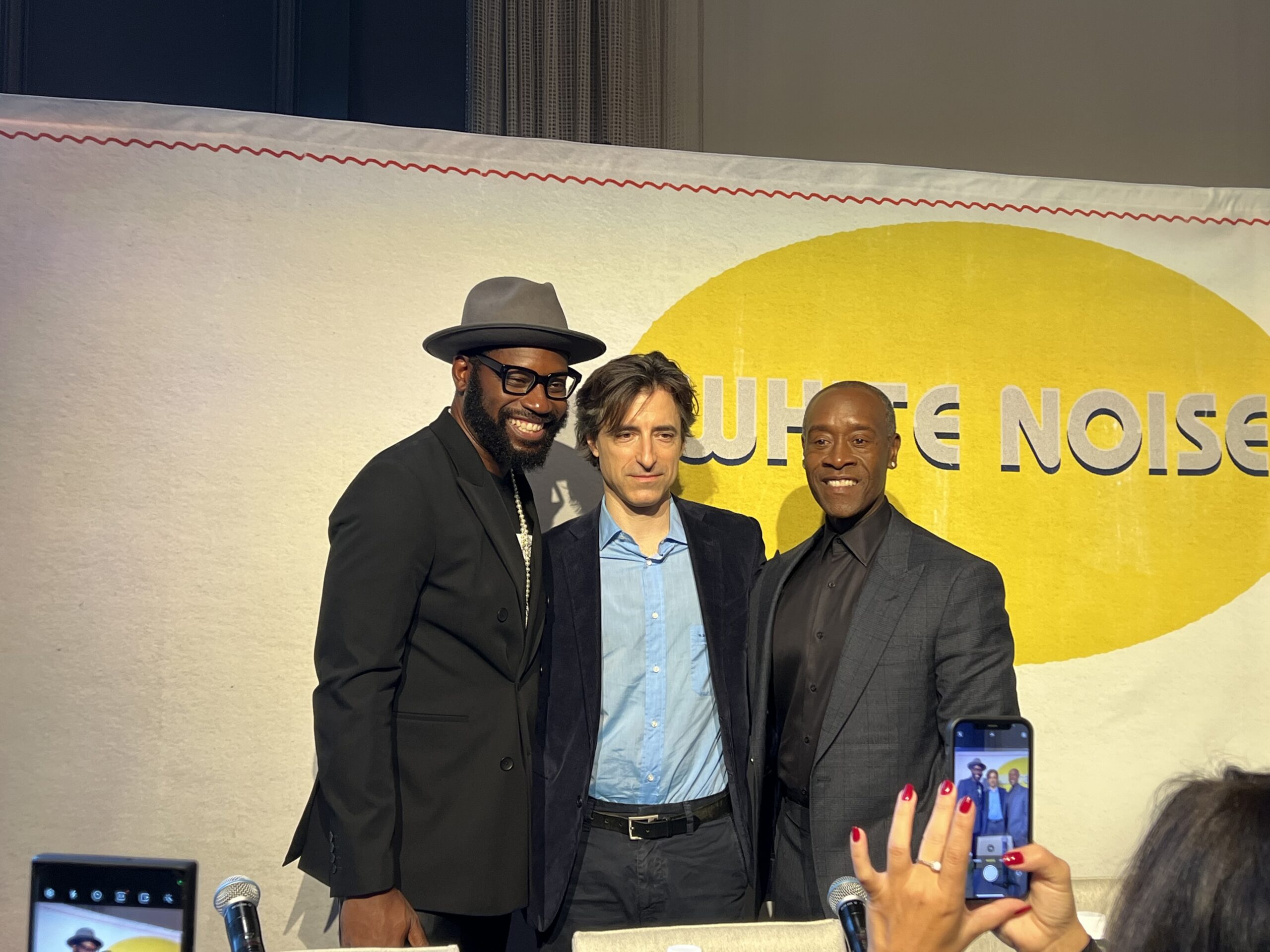 “White Noise” will be released in theaters on November 25 and streaming on Netflix on December 30.