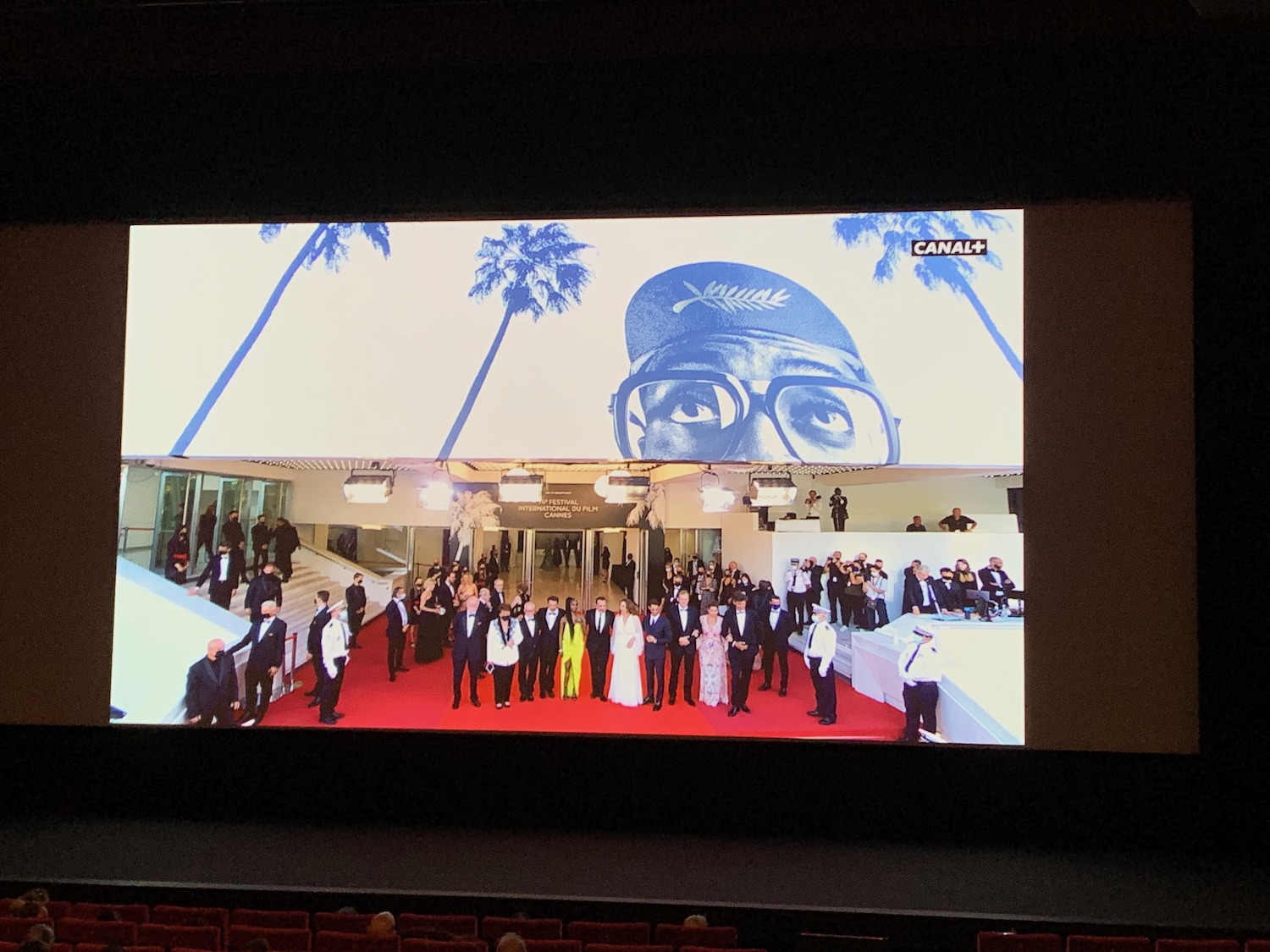 The 74th Cannes Film Festival came to a close this evening of July 17, 2021, having started on July 6 after canceling last year due to the worldwide pandemic; the atmosphere was joyous, to say the least. I was fortunate to attend the awards ceremony with fellow critics and experience the celebration first-hand. We were seated in a beautiful, red velvet theater with all wearing masks; we applauded, cheered, and listened intently to the award announcements and the grateful acceptance speeches. 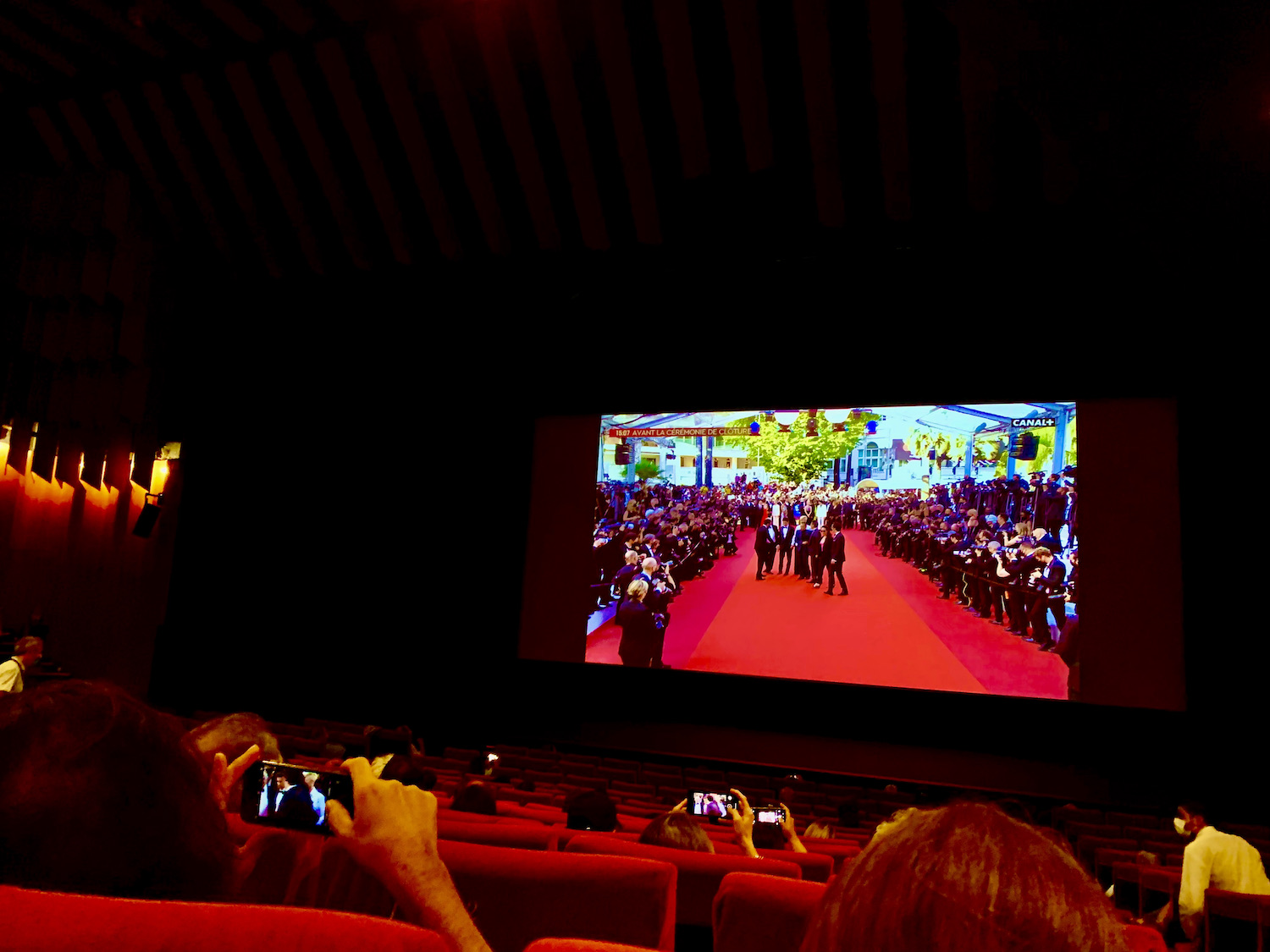 The jury, presided by Spike Lee, announced the winner of the much anticipated Palme d’Or awards at the Closing Ceremony after viewing a total of 24 films that competed for the top prize, along with other major awards under various categories. This year’s winner of the Palme d’Or 2021 becomes the second female director to win the award. Out of the 24 films, four female directors were selected for competition this year. 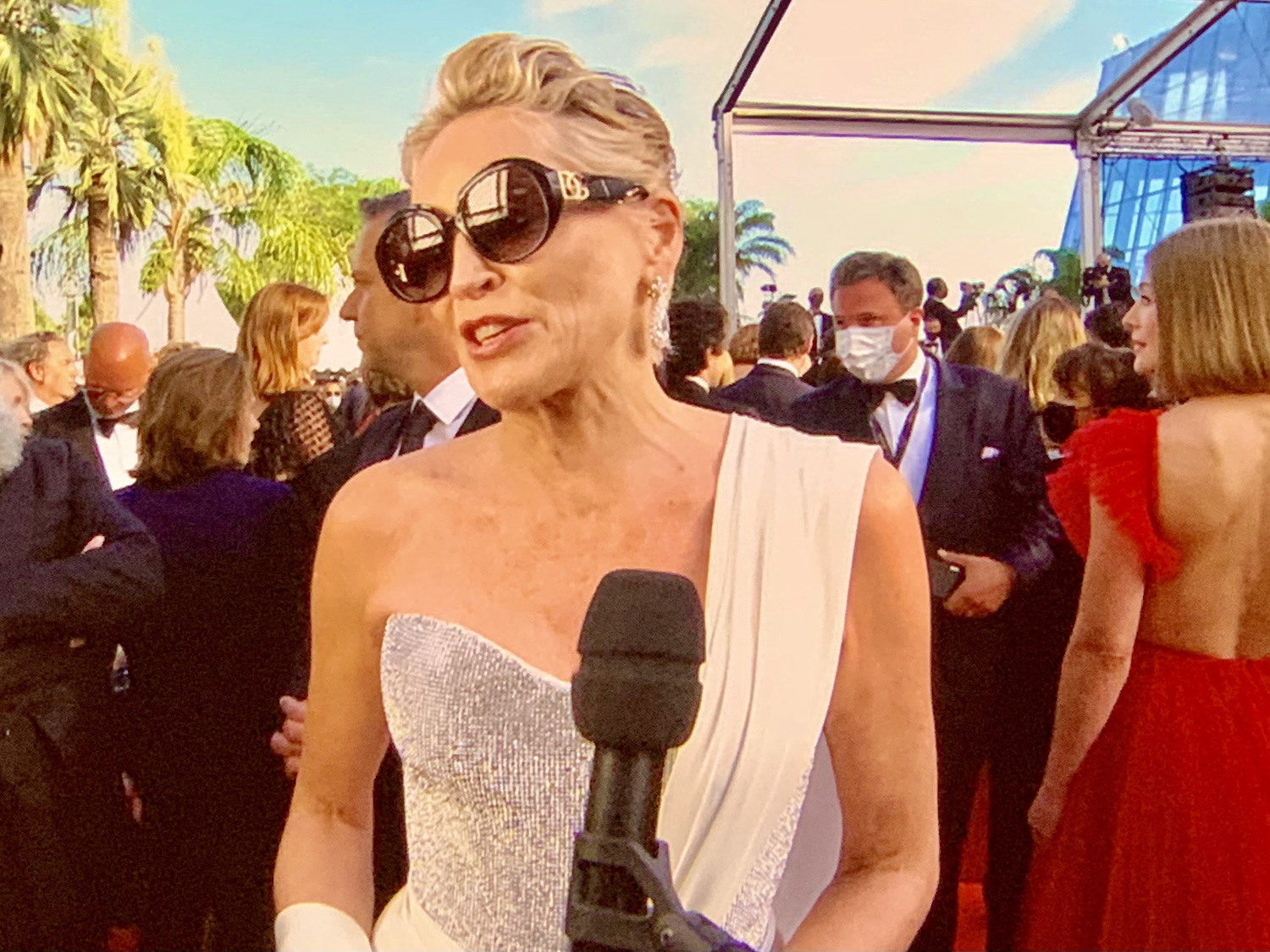 The timeless beauty Sharon Stone presented the Palme d’Or to “Titane” director by Julia Ducournau. In winning, Ducournau makes history for being the second woman to win the Palme d’Or in 74 years. Jane Campion won the coveted prize in 1993, jointly with Chen Kaige. It was an exciting evening for women; she received an uproarious standing ovation, of which I was a participant. I’ll never forget the joy in the room that night, witnessing a historical moment in film. Also, I can highly recommend the film “Titanic” the creativity is like no other I’ve seen as human sexuality issues are brought to light. In her acceptance speech, Ducournau desired more diversity and inclusivity. All and all, it was a proud moment. 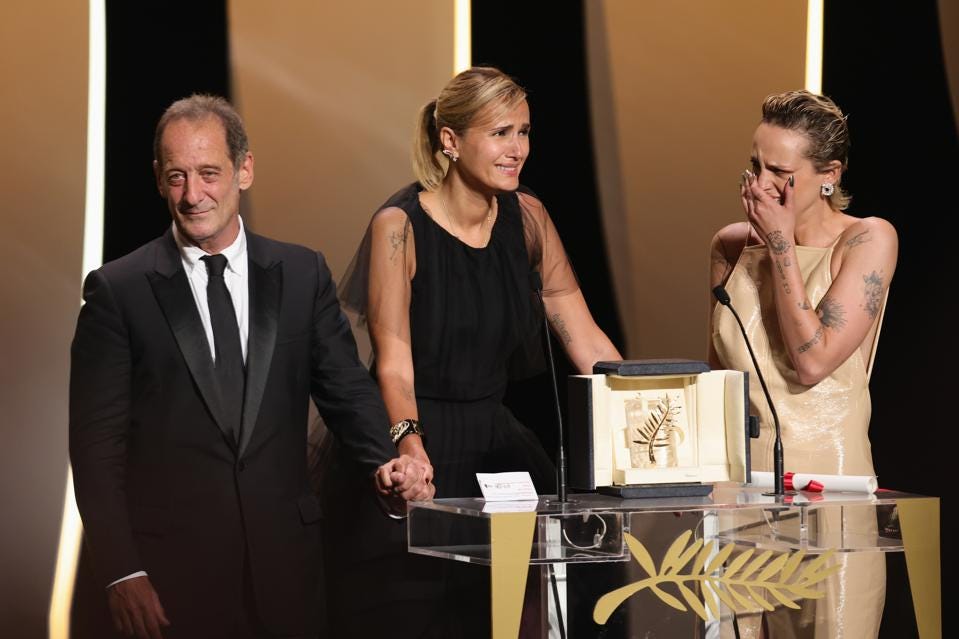 The Grand Prix, presented by director Oliver Stone, was awarded two films this year: Asghar Farhadi’s “A Hero” and Juho Kuosmanen’s “Compartment n°6.” The riveting film “A Hero” tells the story of Rahim, who is imprisoned because he’s unable to repay a debt. Amazon Studios has acquired the U.S. rights to the Iranian film. “Compartment n°6” is an adaptation of the novel written by Finnish author Rosa Liksom. Kuosmanen won the Un Certain Regard Prize for his debut feature, “The Happiest Day In the Life of Olli Maki,” in 2016 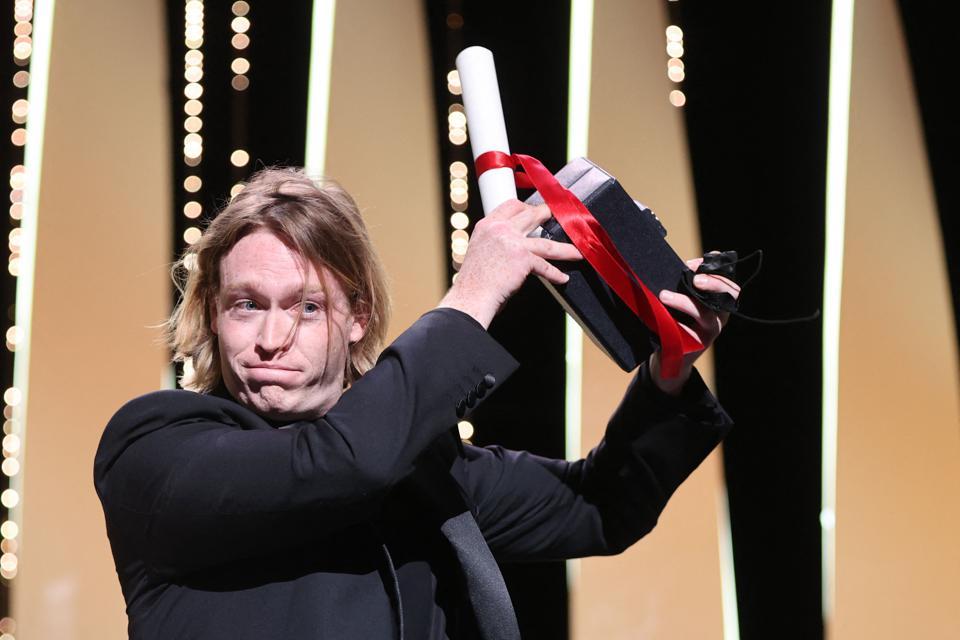 Caleb Landry Jones won the Prix de l’Interprétation masculine (Best Actor) for his role in “Nitram,” directed by Justin Kurzel. The film is a biographical, psychological drama of the life and behaviors of a disturbed young man called “Nitram.”
about the Port Arthur massacre in 1996 Australia. Jones, an American actor, is known for the popular “Friday Night Lights” television series along with his work in the film “X Men First Class.” 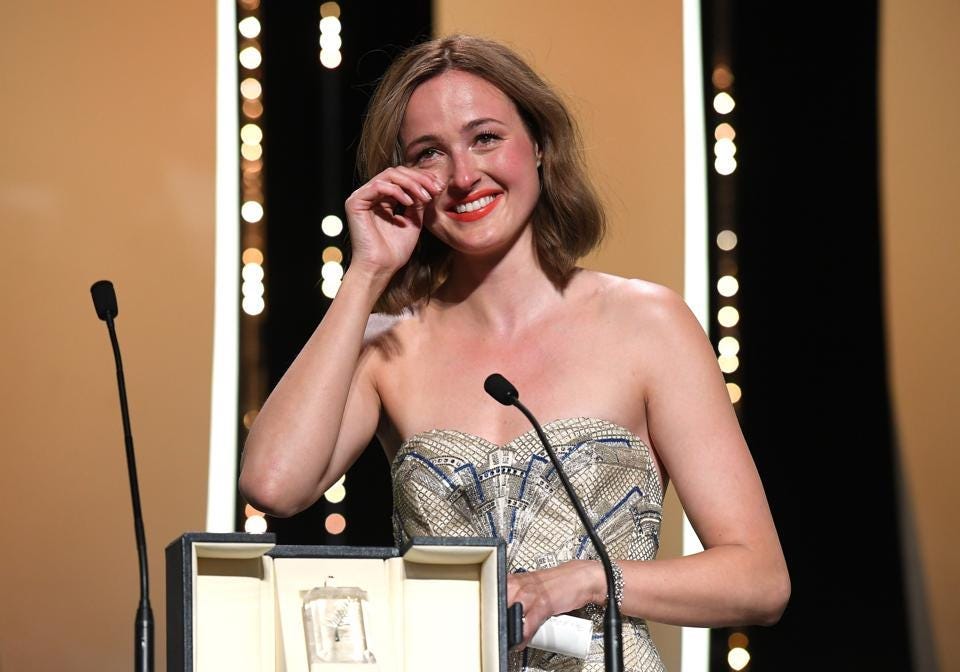 Renate Reinsve won the Prix de l’Interprétation féminine (Best Actress) for her role in Joachim Trier’s “The Worst Person in the World.” The film follows Julie’s existential crisis as she turns thirty, in a challenging role; again, I can highly recommend this film as she carries the film from start to finish. Reinsve is a Norwegian actress who appeared in “Oslo, August 31.” 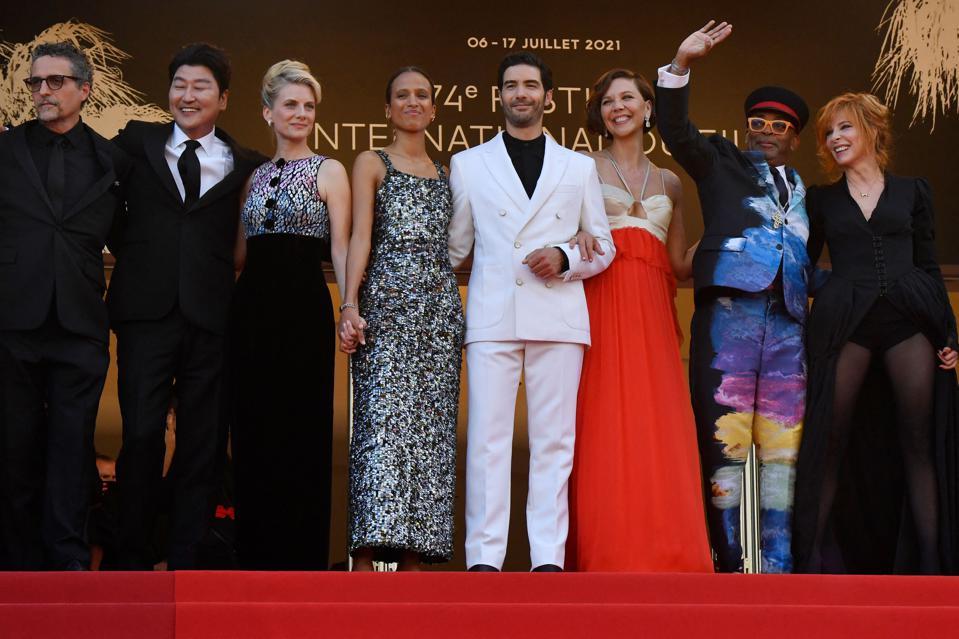 The prize was presented by Rosamund Pike, who spoke in spot-on French. Leos Carax received the Prix de la mise en scène (Best Director) for his Sparks musical “Annette” starring Adam Driver and Marion Cotillard. Having attended the “Annette” screening, I can now say that I’ve experienced cheering and applause upon the conclusion of a film in Cannes. The prize was accepted by Ron Mael and Russell Mael from the band Sparks, who co-wrote the script.

The Prix du Scénario (Best Screenplay), presented by director Andrea Arnold, was awarded to Ryûsuke Hamaguchi and Takamasa Oe for the Japanese drama “Drive my Car.” The film is a three-hour-long adaptation of a short story written by Haruki Murakami. Here’s another film I can highly recommend for its storytelling with little dialogue and incredible performances.

For the best first feature film presented at Cannes, the Camera d’Or was awarded to “Murina,” directed by Antoneta Alamat Kusijanović. Having viewed “Murina”, I can say that I was taken in as the universal theme of a controlling husband and father comes to a halt as a firey teen rebels. It’s an emotional parable of toxic masculinity contrasted against the stunning beauty of its Croatian island setting. I loved this film!