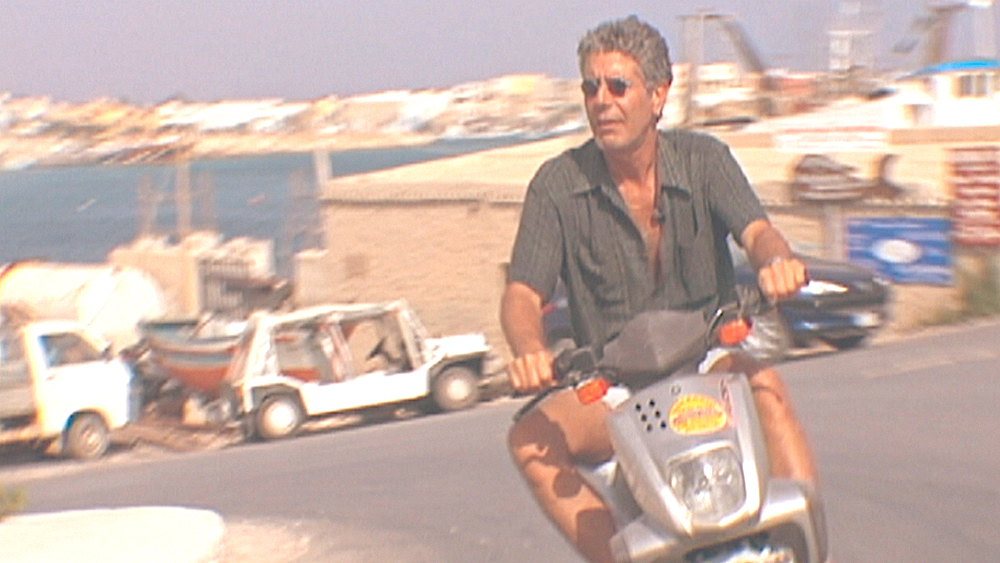 Most know that Anthony was a famous chef and the star of several different TV series. One was titled “No Reservations” on the Travel Channel and another on CNN’s called “Parts Unknown.” He won eight Emmys for his travel shows.

A great aspect of the film “Roadrunner” is the home movies and the outtakes from his travel adventures. We are given an up-close and personal look at his family life, including his only child, a daughter, Ariane. She was 11-years old when he tragically died in France by suicide.

The director is Academy Award winner Morgan Neville of the Mr. Rogers film, “Won’t you be my Neighbor.”

The Bottomline? I’m way in four stars out of four. The film presents many aspects of Anthony Bourdain’s life that I’m sure people are unaware of. The constant travel was not easy and took a toll on Bourdain and his struggles with depression. I appreciated the inclusion of his desire to teach the world about different cultures and cuisines. This is an excellent yet sad film to view. Streaming now on Apple TV and Amazon Prime.

Check out the Podcast on Hollywood 360 Radio Network: https://www.hollywood360radio.com/roadrunner-a-film-about-anthony-bourdain/