On the eve before the 93rd Oscars, I’ve been contemplating my years with the awards show and my love affair with it as it’s been a monumental part of my life since I was a child growing up in Los Angeles. As a ten-year-old, I have vivid memories of watching the show with my mother and savoring the jewels and gowns worn by the stars. Yet, the heartfelt emotional speeches bring back the most riveting moments of the show, along with the films’ music and movie clips. For a film enthusiast, which I’ve been all of my life, the Academy Awards is a magical occasion.

Over the years, I’ve held Oscar parties in my home, whereas for ten years, 2009-2019, I was asked to host the live telecast of the show benefiting Variety the Children’s Charity of IL ; I was also a member of the executive board. The garnered funds helped raise money for children’s adapted bicycles and wheelchairs. The Oscar event was held in various movie theaters in the Chicago suburbs. The tenth and last event I hosted took place in a beautiful venue, a gala affair to be exact, complete with a gourmet plated dinner and jaw-dropping decorations. In 2020, I applied for Oscar press credentials and was informed that their quota had been met for that year, and I was advised to summit again in 2021. I applied this year and am pleased to say I have been granted acceptance into the Oscar virtual press room. For me, this is a dream realized. 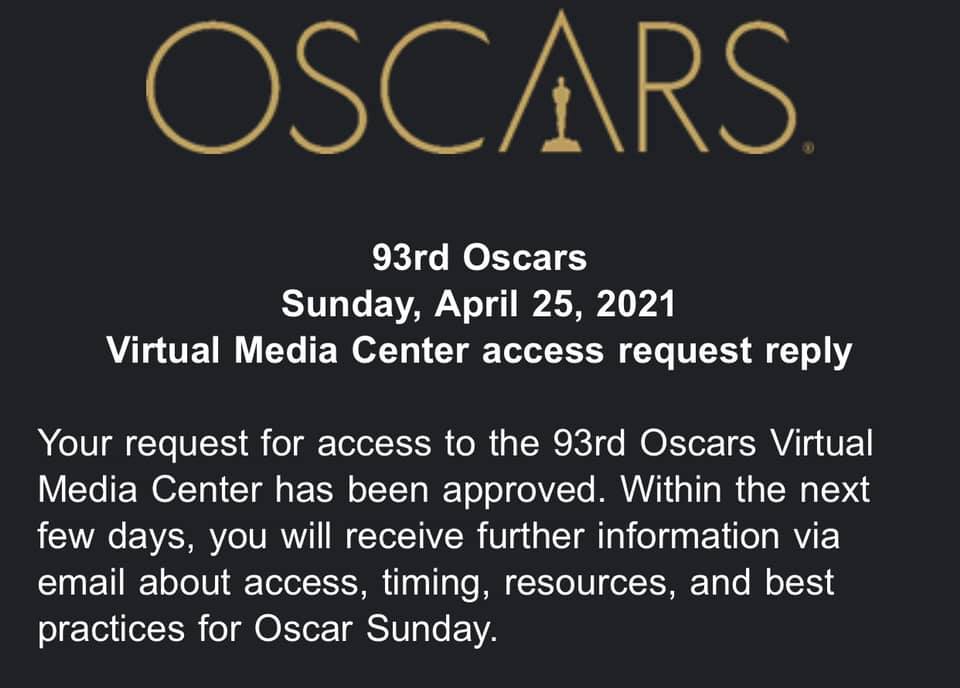 As a member of the Oscar press, the winners will enter the Oscar media center, and the press will be called on to ask questions. We will also be able to take screengrabs and photos. I can tell you that I am ready with my questions and am looking forward to the experience of covering the Oscars up close and personal. Check back as I will write another piece covering Sunday’s Oscars. 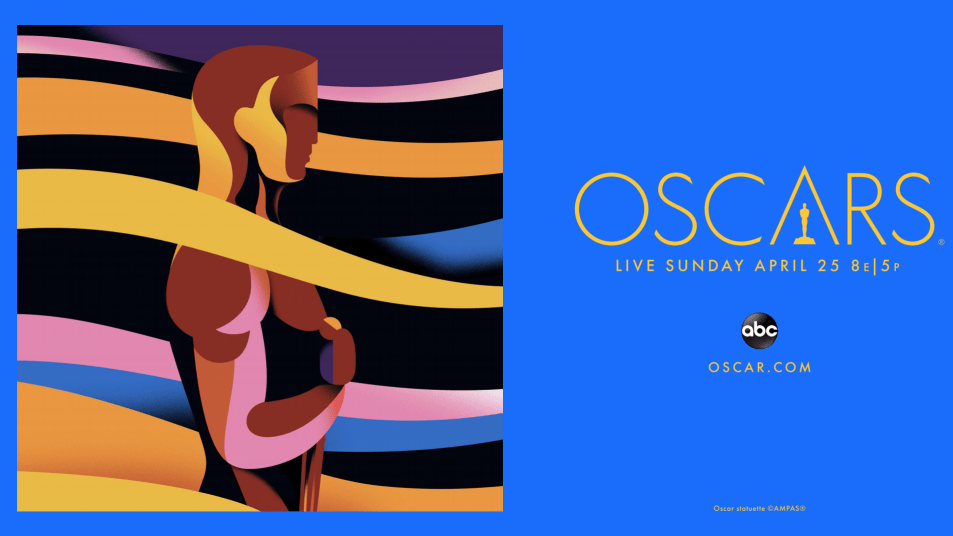 My predictions for the 93rd Oscars are listed below; they are chosen by whom I predict will wIn and who I want to win. I’ve seen all of the films, and of course, have my favorites. 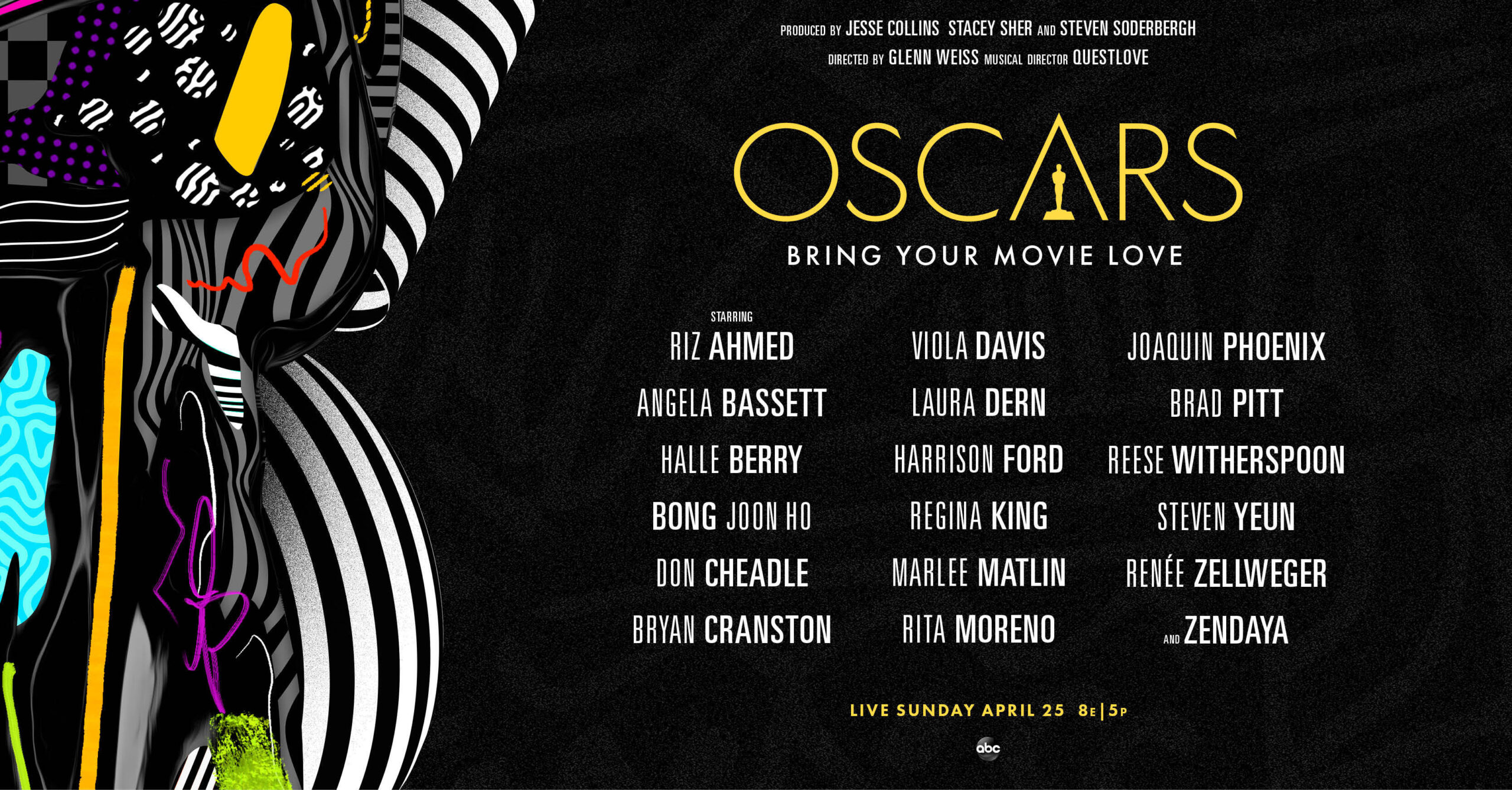 I am rooting for Carey Mulligan, “A Promising Young Women” as her performance is outstanding, and the film is an important call to action. Yes, I did appreciate Viola Davis’s transformation in “Ma Rainey’s Black Bottom” and will be thrilled if she wins. I graduated from Scottsbluff High School; therefore, “Nomandland” struck a chord with me. Chloe Zhao captured the Nebraska plains beautifully, and I applaud her work. I’m also rooting for Diane Warren to win Best Original Song as I love the song “lo Sì (Seen)” from “The Life Ahead (La Vita Davanti a Se)” staring the amazing Sophia Loren.

“Judas and the Black Messiah”

“The Trial of the Chicago 7″

Thomas Vinterberg, “Another Round”

ACTRESS IN A LEADING ROLE

Vanessa Kirby, “Pieces of a Woman”

ACTOR IN A LEADING ROLE

ACTRESS IN A SUPPORTING ROLE

ACTOR IN A SUPPORTING ROLE

Sacha Baron Cohen, “The Trial of the Chicago 7”

“One Night in Miami”

“Judas and the Black Messiah”

“The Trial of the Chicago 7”

Dariusz Wolski, “News of the World”

Phedon Papamichael , “The Trial of the Chicago 7”

“The Trial of the Chicago 7”

“Fight For You” from “Judas and the Black Messiah”

“Hear My Voice” from “The Trial of the Chicago 7”

“Husavik” from “Eurovision Song Contest: The Story of Fire Saga”

“Speak Now” from “One Night in Miami…”

“The One and Only Ivan”

“A Shaun the Sheep Movie: Farmageddon”

“The Man Who Sold His Skin” – Tunisia

“If Anything Happens I Love You”✓

“A Concerto Is a Conversation”

“A Love Song For Latasha”✓