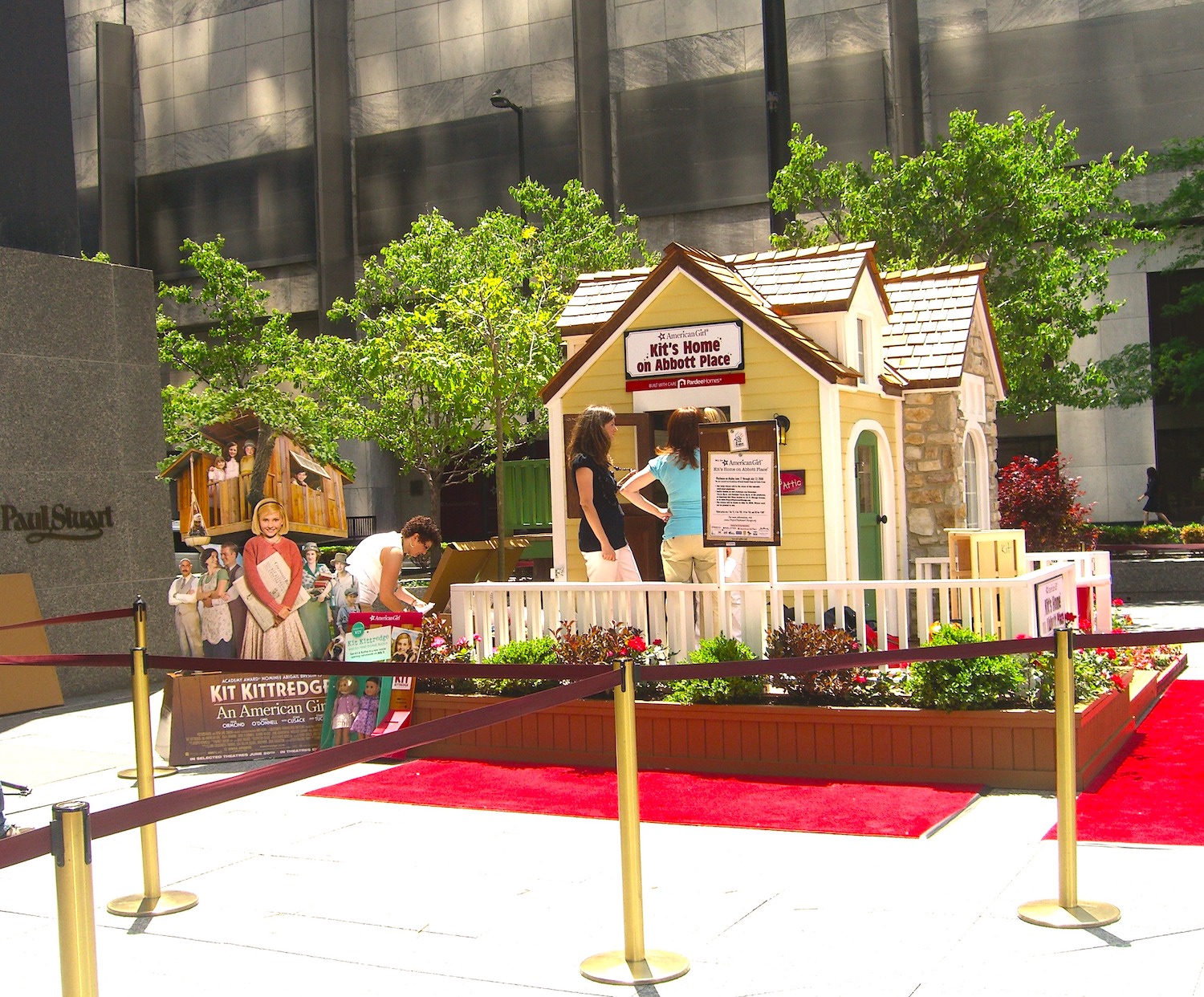 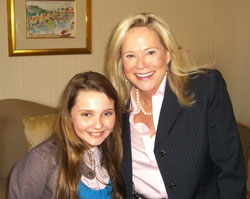 Sarah Adamson Question: Are any of Kit’s personality traits similar to your own?

What do you think other girls your age will get out of the movie?

A.B.- What I got out of it was that Kit always does things even though she may not want to do them she’ll do them and try to have fun with it. I think that’s really cool and that’s something that I want to start doing, I’m trying to do that now.

A.B.-Its cool, I look very different in it though, I wore a wig.

There are several scenes where you are typing and all the stuff is going on in your head, how did they do that? How did you get in character?

A.B.-We recorded when the movie was over because I had a cold earlier on and it didn’t sound good. 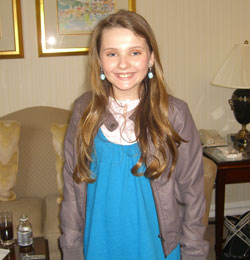 How do you compare this character to someone like Nim? Two totally different movies climbing mountains as opposed to a girl in the Great Depression…what do you think the difference is?

Did you ever want to be a journalist like Kit?

A.B.-I think that would be very fun except that Kit takes a lot of notes and I don’t think I’d be able to do that.

What do you want to do when we grow up?

A.B.-If I don’t do this I want to be a veterinarian. I like all animals. I like cats and dogs. I do collect elephants but I don’t think I could fit that in a Vet’s office.

Your co-stars are your age did you hang out with them when you weren’t shooting?

A.B.-When we were done with work we’d go to dinner or to the mall or to the movies so yeah it was a lot of fun.

A.B.-I have two older brothers. We have a lot of pets, two dogs, two cats and a turtle. So our family is a little bit bigger than Kits.

Sarah Adamson Question: Can you tell us about any memorable moments during the filming or fun times?

A.B.-This wasn’t exactly fun at the time, I fell a couple times when I was making the movie. I was walking down the steps carrying a big basket of corn so I wasn’t really paying attention and I fell down the steps. And then we were running in another scene and I tripped again. It was a little embarrassing. One of the fun things that we did, well, the most fun was probably the scenes with the monkey. They had a memo –what you could and couldn’t do in front of the monkey.

On a typical day, what does Abigail do?