Marc Fienberg is a really cool guy to meet in person. He’s smart, witty and down to earth. During our interview in Chicago on Michigan Ave., police sirens kept blaring in the background. We both would stop and just giggle silently and make funny faces, as I was recording the interview for my radio program. The show is Hollywood 360 on WIND am 560, which aired last Sat. evening. Fortunately, my great sound person was able to edit the background noise! 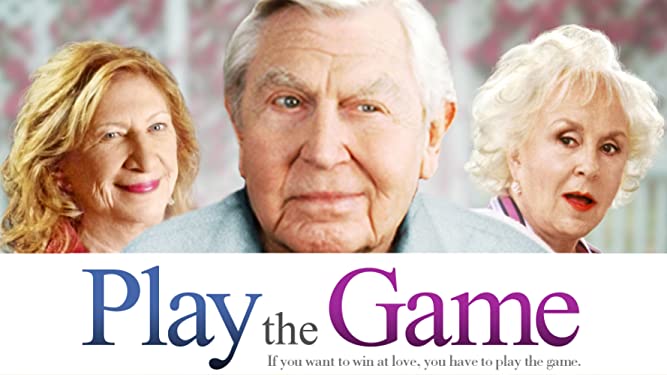 Sarah Adamson: I have to tell you that I really enjoyed your film! I found it refreshing and one that could be cross-generational, a rare feat these days.

Could you tell us about your days in Illinois?  Did you go to HS here?
Do your parents still live here?

Marc Fienberg: I grew up in Lincolnwood and went to Niles West High School.  I lived in Lincoln Park for a while where the story began with my grandfather. I went to Northwestern and got my business degree –MBA. My parents still live in the same house I grew up in. My brother lives in Lincoln Park with his wife and two kids.

SA: Could you give our listeners a brief description of the story line of the film?

MF: “Play The Game” is a romantic comedy about a ladies man who teaches all his dating tricks to his lonely, widowed grandfather and the grandfather role was actually inspired by my own Papa Joe.  He grew up in Kenosha but lived here in Chicago and he started dating again when he was 89 years old and he came to me for advice.

SA: I’d like to jump ahead a bit to the time frame when you decided to produce the film yourself.

MF: I’m still surprised how long it took and how hard it was. Had I known when I started how long it would be and the sacrifices it would take I might not have done it. Luckily, I was pleasantly in the dark about how hard it was. I wrote the script about 12 years ago, the first version of it. I started raising money about 5 years ago and the movie itself took about a year and a half to make and now we are in theatres across the nation.

After business school I started getting inklings that I wasn’t really cut out for business (not a great time to discover that unfortunately) and I traveled around the world. It was in Nepal where the kernel of this idea came to me about a ladies man and dating tricks. And the grandfather storyline came later.

What was it like the day that Andy Griffith said he’d be in the film?

It was spectacular!  (Marc, was beaming!) 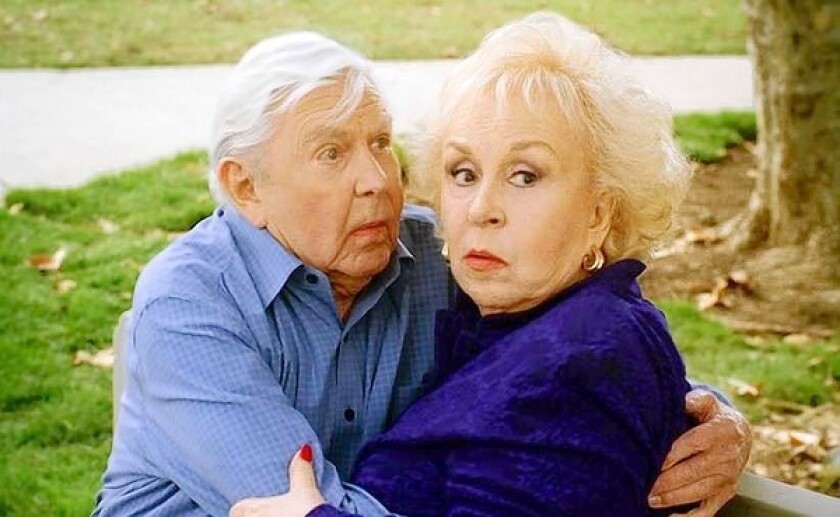 Here I am, a first time director, first movie ever, low budget and Andy Griffith gives me a call and says he wants to be in my film. It’s just an amazing feeling. He later told me why he liked the role…he loved the role because there were two things that the grandfather character got to do in the movie that he isn’t offered to do a lot. He got to do a bedroom scene with another lady in the movie, not to mention a kissing scene with Doris Roberts and he doesn’t die at the end. Its strange in Hollywood, they look to older actors to have the storyline where inevitably the person dies in the end and it causes a very sensitive scene. This movie is all about life, passion and companionship. And so we just have the good stuff.  Andy’s been married about 20-30 years, he married a younger girl…his wife is 53 years old. When you see Andy and his wife together they’re like a 20 year old couple. They’re very young at heart so that’s very nice to see.

His performance in “Waitress” was awesome but in this film, he’s actually a main character. Did he enjoy this major role?

He was excited because it was a bigger role. “Waitress” only took him three days to shoot. Our movie, he needed to be there for five weeks and he was 81 when we shot the film so that’s not a small feat for even a younger person but certainly for someone in their 80s. He knew his lines better than everybody and he’s sharp as a tack, he’s in great shape. I think he did fantastic and I think he was definitely excited to play a larger role. He has much more screen time than in “Waitress.”  “Waitress,” his last big movie, of course, he dies at the end…and his name is ‘Joe.’

Did he have any suggestions regarding a scene or the script?

I’m a first time director. He has 70 years of experience. I learned a lot from him. Probably the biggest thing I learned from him is 90% of directing is casting. And what I learned was when you have actors like Andy Griffith and Doris Roberts…the best thing you can do as a director is get out of their way. You yell “action” and let them do their thing and yell “cut” and that’s when the magic happens.

I read that your wife was a big help with the film?

My wife was huge help. She was executive producer but she ended up doing the role of casting director and line producer and she filled in everywhere I couldn’t handle. I should mention my wife did all this while 9 months pregnant with our third child. She actually went into contractions during filming. I jokingly told her, “this is our third kid but only our first movie so you’ll have to go to the hospital on your own and I’ll have to finish directing Andy Griffith.” Luckily, they were false contractions she held off until 6 days after filming when my daughter was born. We now have four children.

Did you have the same feeling when Doris Roberts jumped on board?

She took the role for similar reasons that Andy did. She herself, still flies all over the country, still drives herself around. She’s in her late 70s and I hope I do her justice by using the word “spunky.” She’s full of energy and she’s everything I want to be when I get older. She loved playing a role where it was a character who didn’t give up on life and lived everyday to the fullest and was still interested in love and companionship and yes, even sex. And that’s what she brought to the role.

What message would you like moviegoers to leave the theater with?

Everybody sort of assumes the Hollywood-type ending that says stop playing games and you’ll find the woman or man of your dreams. Certainly, there’s that theme in there, but I’m about surprising people in the end. It’s a very happy ending. But the challenge in the movie was to have a happy ending but still surprise people in the end. And that’s what I think we did. So the message in the movie is more of a question than a message. I think it’s more realistic and true to life than giving the old Hollywood ending where “here is how we should act” when we all know that’s not the way the real world works. I’m hoping that it surprises people and that it surprises them in a way that leaves them with a question “how should I handle my dating life?”

What advice to do have for aspiring filmmakers?

I would say it’s sort of like that old Nike phrase, “Just Do It’ and then stick with it. Don’t give up. I interviewed a lot of directors and producers before I made this movie just to learn from their mistakes and I think the thing that everybody had in common (who were successful in the industry) was that it didn’t happen overnight and they had to really keep at when it looked like certain failure.  There’s a saying, I won’t get it right but something like, “it always seems like your closest to failure just as you’re about to succeed” and I found that somewhat true in the movie business in that things always fall apart at the last minute but if you can figure out a way to turn it around and learn to make lemonade out of lemons you have magical results and that was true time and time again so stick with it.

I should mention that the big surprise we have is that Andy Griffith dances in the film. It was such a big hit in Florida to see Andy Griffith dance that we actually copied the part of the movie of him dancing and we put it on our website. You can download what’s called “a dancing grandpa” its surfing the Internet at our website, www.playthegamemovie.com.

Marc, thank you so much and best of luck with the film!