It’s not surprising that John Hamburg is soon to become a name associated with the likes of Judd Apatow and Greg Mottola, both comedy writers that direct their own work (“Knock-Up,” “Adventureland”). Hamburg is the writer and director of “I Love You, Man” and was recently in Chicago on a press junket, with Paul Rudd and Jason Segel to promote his new film. Sarah’s Backstage Pass caught up with the Hamburg and chatted with him via phone. 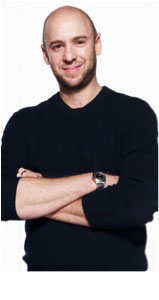 A few facts about John include: he was born, and raised in New York City and his parents still reside there. He has an older sister named Liz, and he’s married. He attended Brown University and NYU film school.

I asked John about his interest in comedy as a High School student, he told me that he was always drawn to comedy and started a comedy magazine with his friends called ‘The Dalton Lampoon’ with a notable circulation of 400 readers.

“When I was sixteen, my parents gave me a video camera, and I started shooting and editing short films,” he recalled. “I loved it because I could not only write comedy, I could shoot it and I was hooked. I knew at this point that I didn’t want to do anything else in life other than shoot comedic films from this point on.” 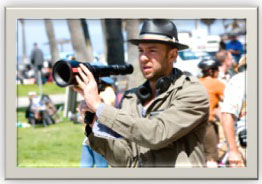 When asked about what draws him to comedy, John answered, “When you write comedy, you don’t overanalyze it that much. Some people see the world from a dramatic point of view.

“The way that I see the world is from an awkward, uncomfortable comedic point of view.”

Did you say ‘bromance’?

The term bromance has become synonymous with Hamburg’s film “I Love You, Man,” so naturally, I asked him about this. “Now, it’s like a term that’s in the culture, but when Jason, Paul, and I started making the movie, none of us had even heard of this term. We were making a film about a guy that has no guy friends, and the process that he would go through to make friends.” I asked if he could enlighten us upon what he thinks the term actually means. “Basically, it’s a relationship between two guy friends that are just friends, and there are no undertones of romance.”

Is there a message you’d like people to take away 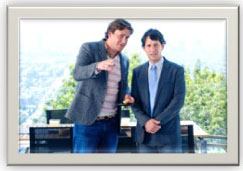 “Just enjoy yourself and just laugh and have a good time at the movies. The movie is about friendship. It’s about something real, but if a dude goes to a bar and gives an awkward man-hug, then I feel like I’ve done my job.

Everybody needs friends. It’s great to have a romantic interest in life. But something is missing if you don’t have friends.”

If you are a fan of Rush, then you are an awesome person.

Can you tell me more about the band Rush?

“I’ve been a Rush fan since I was a kid. I wanted Paul and Jason’s character to bond over a band. It had to be Rush.

If you are a fan of Rush, you are a certain kind of person, and I think that person is awesome!”

Find your passion–And go with it!

What advice do you have for aspiring writers or directors?

“I think you just figure out what you are passionate about, then you will know what you as an individual want to put forth in the world.”

How fortunate are we that John figured out his passion early in life. We’re now the recipients of some really great, laugh-out-loud comedic films. He’s the product of proactive, nurturing parents and influential teachers. We’ll definitely see more from this talented writer/director and, actually, that can’t be soon enough for me, — as I love a good laugh.