If you are a fan of the hysterical mockumentary Christopher Guest movies (Waiting for Guffman 1996, or Best in Show 2000) you’d recognize Jane Lynch immediately as she has worked in his last three films. FYI: A mockumentary is a combination of the terms: mock and documentary. It’s usually a film or TV genre that can be serious or comical. It’s presented as a documentary recording real life, but it’s actually fictional. 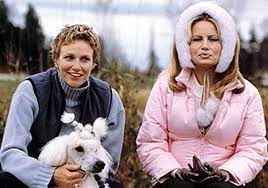 Jane has Midwest roots as she grew up in the Chicago suburb of Dolton, her high school friends include the notable Chicago film critic Richard Roeper. She attended ISU graduating with a degree in theater and was granted a scholarship to Cornell University in New York to complete her Masters program. She auditioned for Chicago’s touring Second City Company and was hired. Her extensive film and television career is impressive. 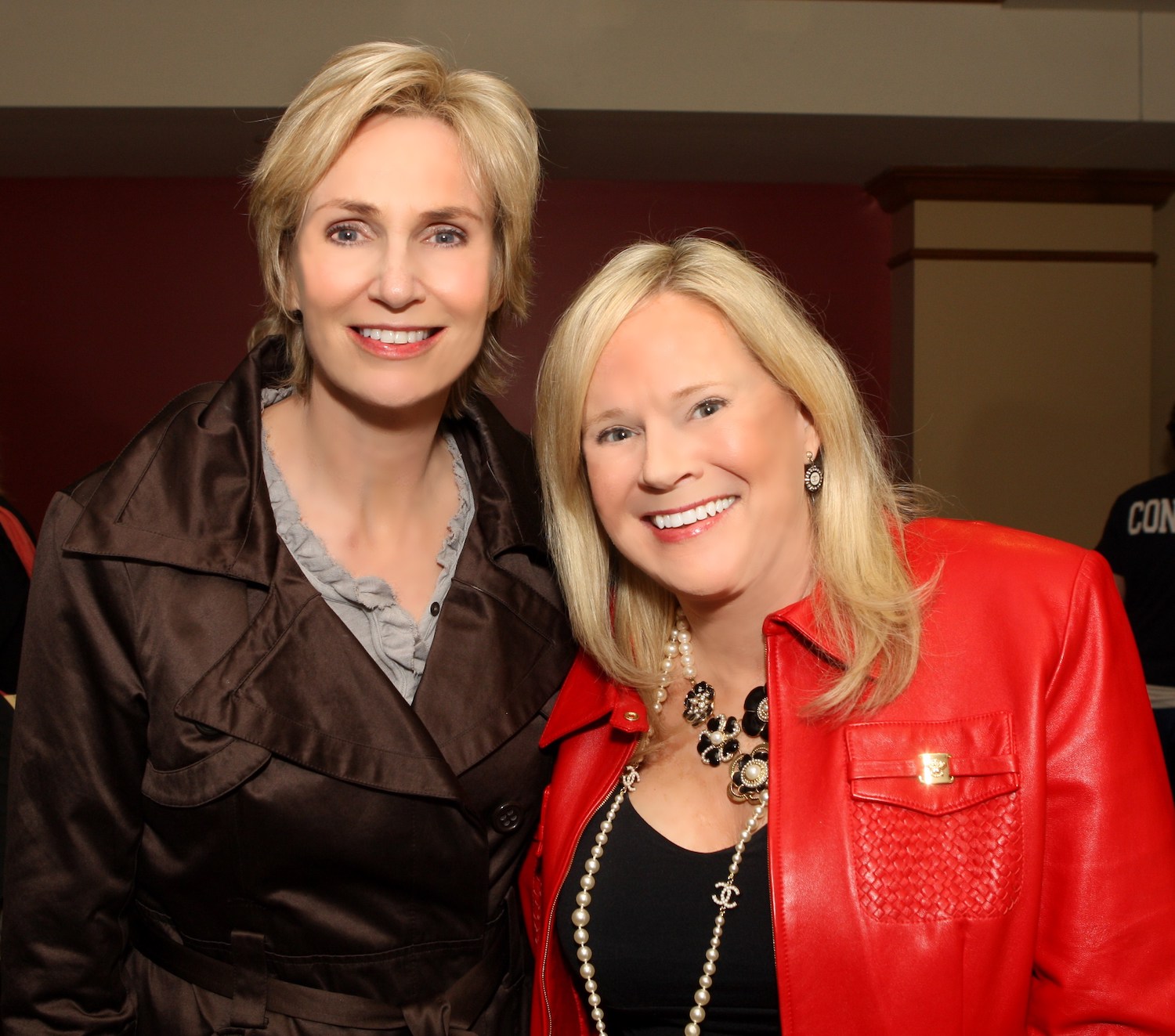 Sarah’s Backstage Pass caught up with Lynch and was thrilled to speak with her by phone from her LA home. She was a delight to interview and exceedingly comical, she spoke of her early days in Illinois with fond remembrance. In her new hilarious movie Role Models, Jane co-stars as the founder and director of a children’s mentorship program.

Sarah Adamson: What was it like touring with Second City?

Jane Lynch: Lots of fun, we performed the Best of Second City scenes as well as an improv section of the show.

Sarah A.: I’m a huge Christopher Guest fan, what’s it like working with him?

JL: It’s great! My first movie was “Best in Show”, although I actually met Christopher when he directed me in a Kellogg’s Frosted Flakes commercial.

Sarah A.: I’ve read there’s really no script during the filming of his movies.

JL: Yes, that’s right; he’s more about the characters and their idiosyncrasies. We know what is supposed to happen and simply immerse ourselves in the character. He does his editing and the result is magic.

Sarah A.: Your character in Role Models (Gale Sweeny) is hysterical! Her persona is so over the top. (Gayle Sweeny is the Sturdy Wings Director of a mentoring program who has overcome a drug habit) 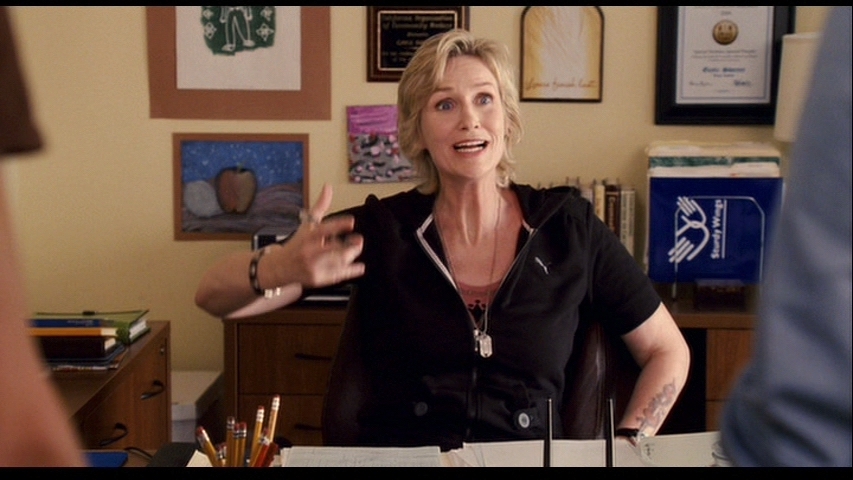 JL: She prides herself on this transformation and can’t stop talking about it. Kind of like a phoenix rising from the ashes. She’s told the crash and burn story so many times that actually not much of what she claims ever really happen. Like that author who wrote “A Million Little Pieces” (Laughing…). She just really loves being that person who was really down and out.

Sarah A.: (Giggling…) Well, she made me laugh, that’s for sure. Would you like me to phone Lorne Michaels and ask him if he’d like you to host Saturday Night Live as her character?

JL: Yes, Please do. (Laughing…) I’d be happy to. In fact Paul Rudd is hosting this Saturday’s show.

Sarah A.: I’ll definitely have to watch, thanks for the heads up! I also read that you had a wonderful first meeting with Meryl Streep.

JL: Yes, I did, she was so warm and made our meeting so easy. She came over to me after I had worked on a small project with her and gave me a big hug. She had seen “Best in Show” and was wonderful and complementary to me. It was more than I ever expected and far beyond my expectations.

Sarah A.: You play her sister in the 2009 film “Julie and Julia” based on Julia Childs life.

JL: Yes, all of my scenes are with her. It was an amazing experience, Stanley Tucci plays her husband and they have remarkable chemistry together. They both were really wonderful to me, and I was in awe of both of them.

Sarah A.: You have really made your mark as well, I can’t believe all that you have accomplished as a film and television actress. I have 1 more question, I was wondering what advice you have for aspiring actors?

JL: Just do, do do… Just always do. You really don’t learn by any other means than just doing. Getting out there on the stage which is very good training or in front of the camera is a great place to start. At first we are not invited as actors so we have to create our own opportunities. I learned the most by just getting on stage and performing whenever I could. Sometimes it was a church basement with seven people in attendance.

A visual artist friend of mine once said to me, “I care not for the talented artist; I care only for the artist that will not stop.” This is totally what I did. I may not have been the most talented person in the class but I just kept doing. I really had no choice as I was compelled to act. Simply do and don’t stop doing.

Sarah A.: Wow, what incredible advice. Thank you so much. You are just so amazing and I admire your drive and success in this very competitive arena.