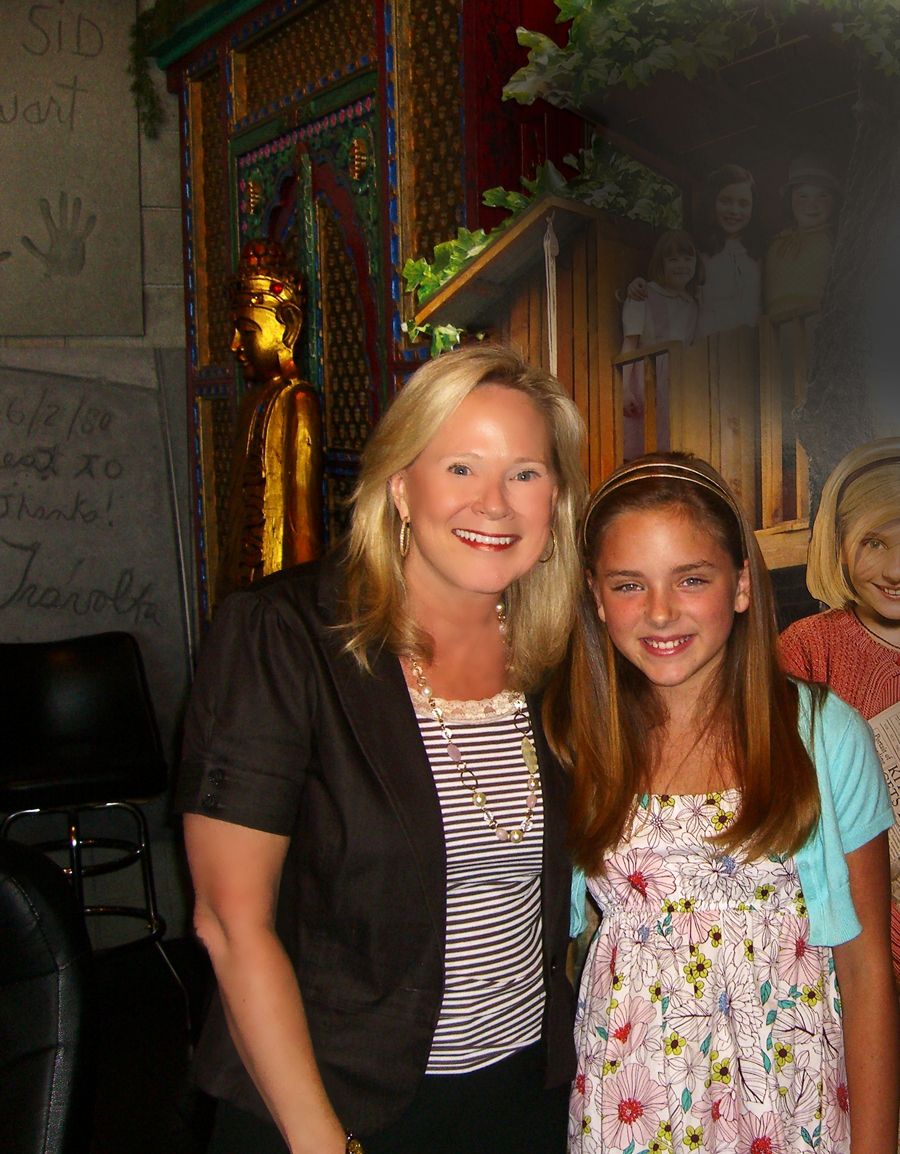 Sarah’s Backstage Pass caught up with the talented child star Madison Davenport as she was on a press junket promoting the film “Kitt Kittredge: An American Girl” in Woodridge at the Hollywood Blvd. Theater. Madison portrays Ruthie, Kitt’s best friend in the movie. She enjoyed her time with Abigail Breslin (Kitt) on and off the set. The pair would spend time at the mall or plan girl time with such activities as sleepovers.

A bubbly, yet sophisticated personality was quite impressive coming from this 11 year old. Dressed in a colorful, floral-print dress and a turquoise, short-sleeved cardigan, this talented, actress could talk for days about her family, especially her younger brother, Gage. It was very evident that Madison was anxious to get back home and spend time with him. Refreshing indeed to find that despite Madison’s rising fame and the pressures of Hollywood with young talents, she is still grounded and enjoying her childhood.

Sarah A. : What did you enjoy most while working on this film? Any funny memories?

Madison Davenport (MD): I enjoyed the old fashion outfits the most and all of the people I met. One funny memory relates to the monkey that was on the set. The cast members would receive “monkey memos” stating how to act around the monkey. It was really funny, you never really knew what the monkey was going to do.

Sarah A.: Can you tell us any memorable moments associated with the film? 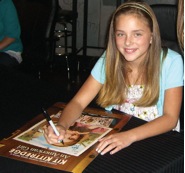 MD: One thing that was really kind of finny was that they died my hair from blonde to brunette and everyone thought that I was a new girl in school.

Sarah A.: What is your favorite American Girl doll?

MD: Kitt, I once cut my hair really short with bangs so I could look like her.

Sarah A.: What do you think people will take away from this movie?

MD: The movie helps promote the idea that one should never judge people by what they have or don’t have.

Sarah A.: Did you ever meet Julia Roberts one of the producers of the film?

MD: I never met her on the set, but I saw her in New York at the premiere. She was walking on the red carpet ahead of me.

Madison’s sweet, lively and well-poised persona made the interview very pleasant for all involved. There is no doubt Madison is a star, but she is also still be the girl next door.