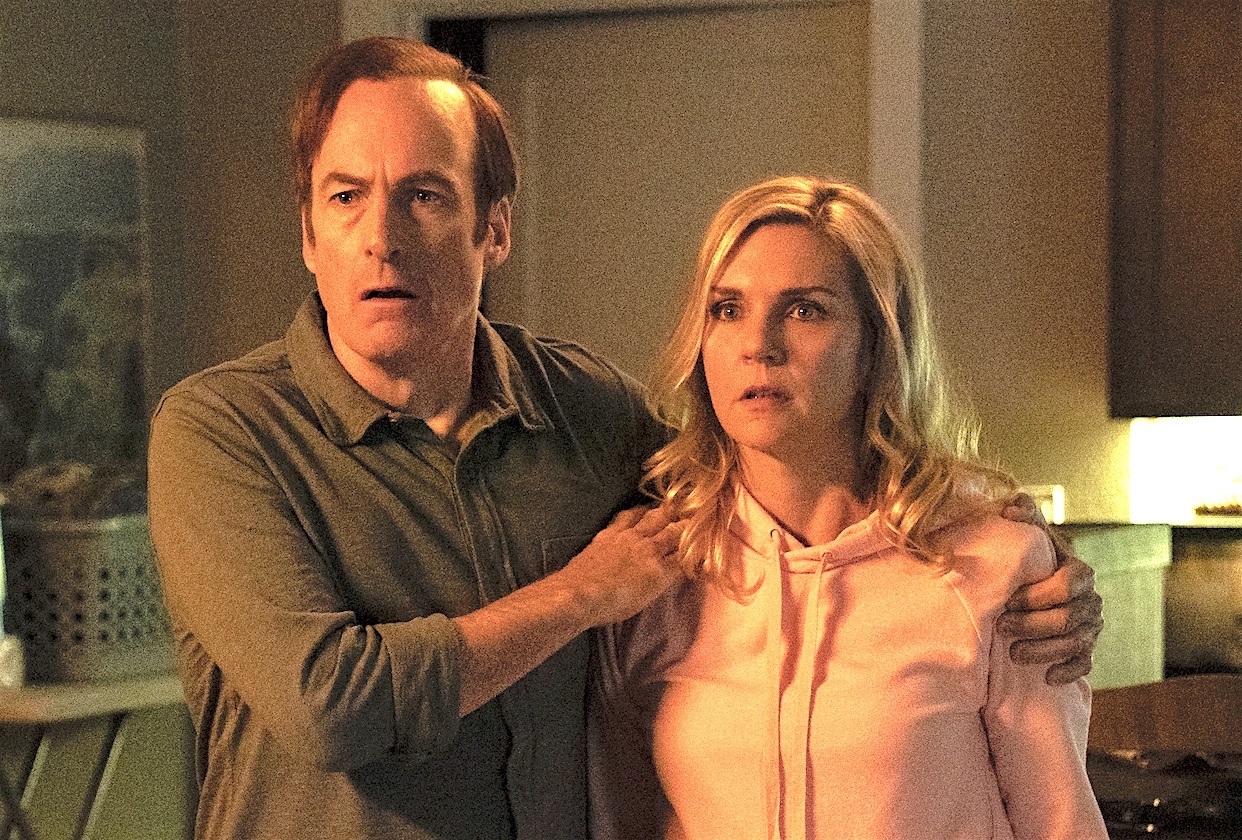 The highly anticipated season conclusion of the TV show “Better Call Saul” ended with season six and did not disappoint. The “lawyer” centered show is a spin-off to the popular “Breaking Bad” series that premiered in 2008 and concluded in 2013, starring Bryan Cranston and Arron Paul. Seasons 1-5 are on Netflix, Season 6, Episodes 1-13 are streaming on AMC, Amazon Prime, YouTube, and many more.

Bob Odenkirk stars as Saul Goodman, a shady lawyer that defends cartels and scams others whenever he can. Kim Wexler (Rhea Seehorn) is the show’s moral compass; she plays a lawyer and Saul’s wife. The excellent script with a ying and yang or push-pull of morals of the contradictory relationship between the idealistic Kim and the scammer Jimmy makes for intriguing viewing—not to mention the excellent performances allowing for a wide range of emotions between the two.

There will be no spoilers here; I can say that the set designs, the unique camera angles, and the clever script followed by outstanding performances make “Better Call Saul” a hit show.

There’s no need to watch “Breaking Bad” this is a stand-alone series with seasons 1-5 on Netflix and season 6 on the AMC network. Look for possible Emmy Awards for Bob Odenkirk and Rhea Seehorn. The creators of the show are Vince Gilligan and Peter Gould.

Thanks for listening in tonight. I’m Sarah Knight Adamson, your film and TV critic for Sarah’s Backstage Pass. I’ll see you next week.

Check out The Hollywood 360 Radio Podcast:https://bit.ly/BetterCallSaulH360