Greetings from the spectacular Beverly Hilton Hotel in sunny, palmed tree lined Beverly Hills, California; Sarah Adamson here reporting on location for the Ninth Family TV Awards. Sarah’s Backstage Pass was front and center on this star studded evening honoring family TV celebrities and programming. It was a breath-taking night as Sarah’s Backstage Pass was placed on the Red Carpet between E! Online and US Weekly. 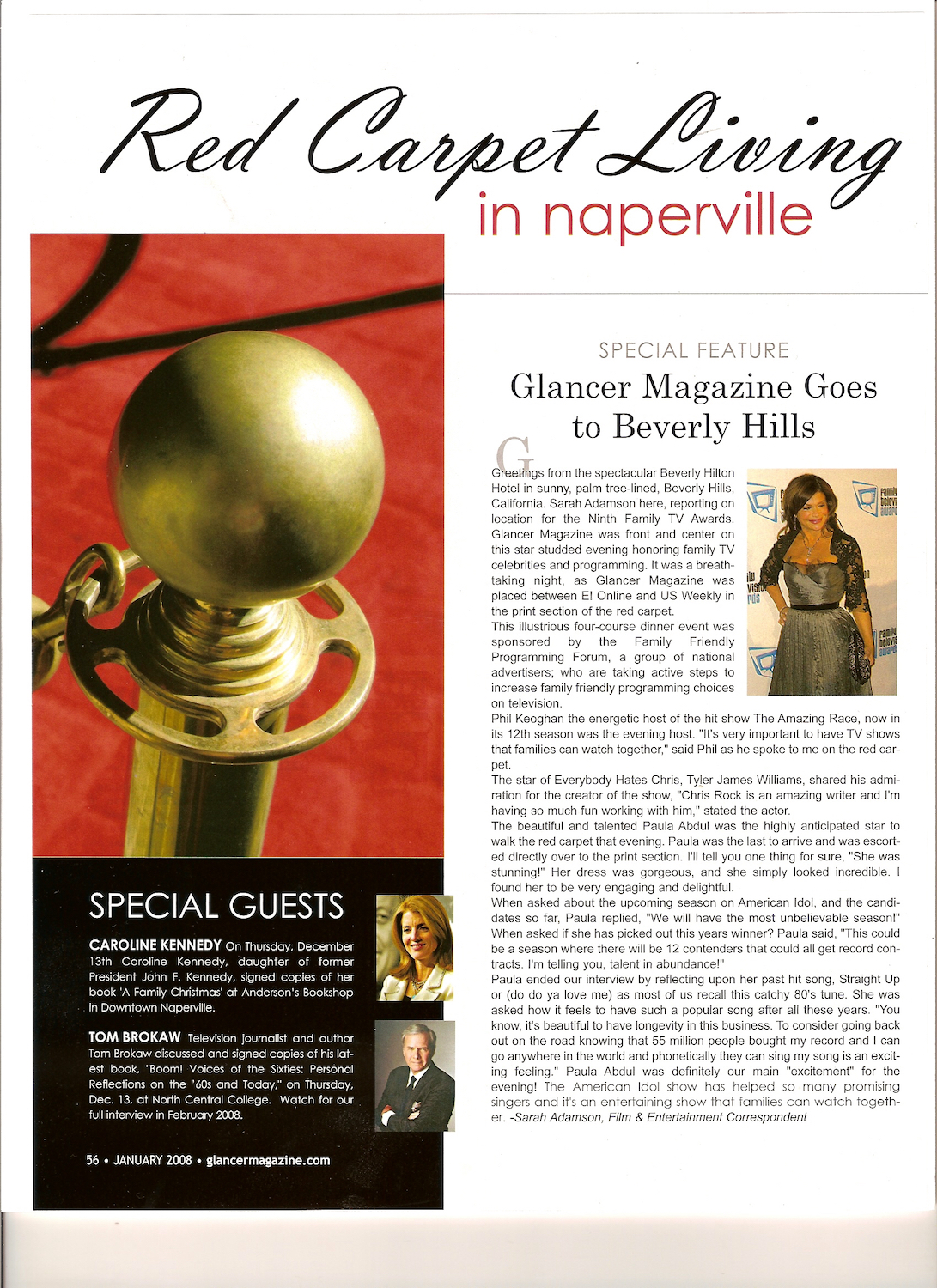 This illustrious four-course dinner event was sponsored by the Family Friendly Programming Forum, a group of national advertiser; who are taking active steps to increase family friendly programming choice on television. Phil Keoghan the energetic host of the hit show The Amazing Race, now in its 12th season was the evening host. “It’s important to have TV shows that families can watch together,” said Phil as he spoke to me on the Red Carpet. 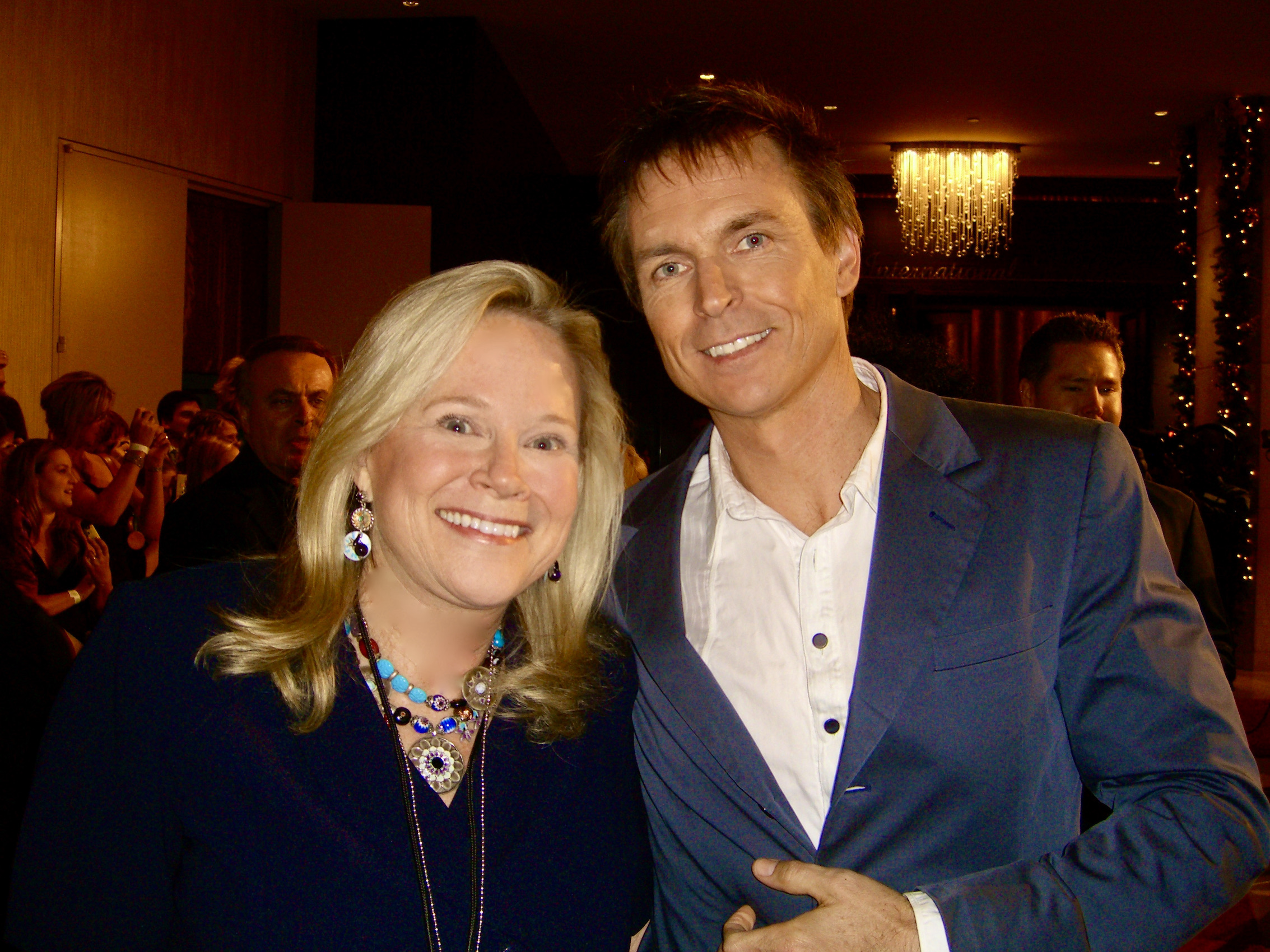 As Phil and I chatted, I informed him that I was a gifted literature teacher for many years and am an advocate for excellence in family TV viewing. He said to me, “You must meet my daughter (Elle), she’s an avid reader and would enjoy talking with you about books!” I asked Phil if he would mind if I snapped a quick picture and he said “Let’s have one taken together!” What a great, genuine guy!

Phil went on to host the show and did an ‘amazing’ job. He sought me out afterwards and introduced me to his family. His wife (Louise) is very lovely and Elle his teenage daughter is adorable. Upon chatting with the family, I asked if there had been any pictures taken of them at the event and his wife replied, “no.” I offered to snap a few photos. Using Louise’s camera I took several snapshots of the attractive family.

The teen star of “Everybody Hates Chris,” Tyler James Williams shared his admiration for the creator of the show, “Chris Rock is an amazing writer and I’m having so much fun with him,” stated the teen. Tyler also told me that he learned so much from Chris just being around him, “he’s been a great teacher.” 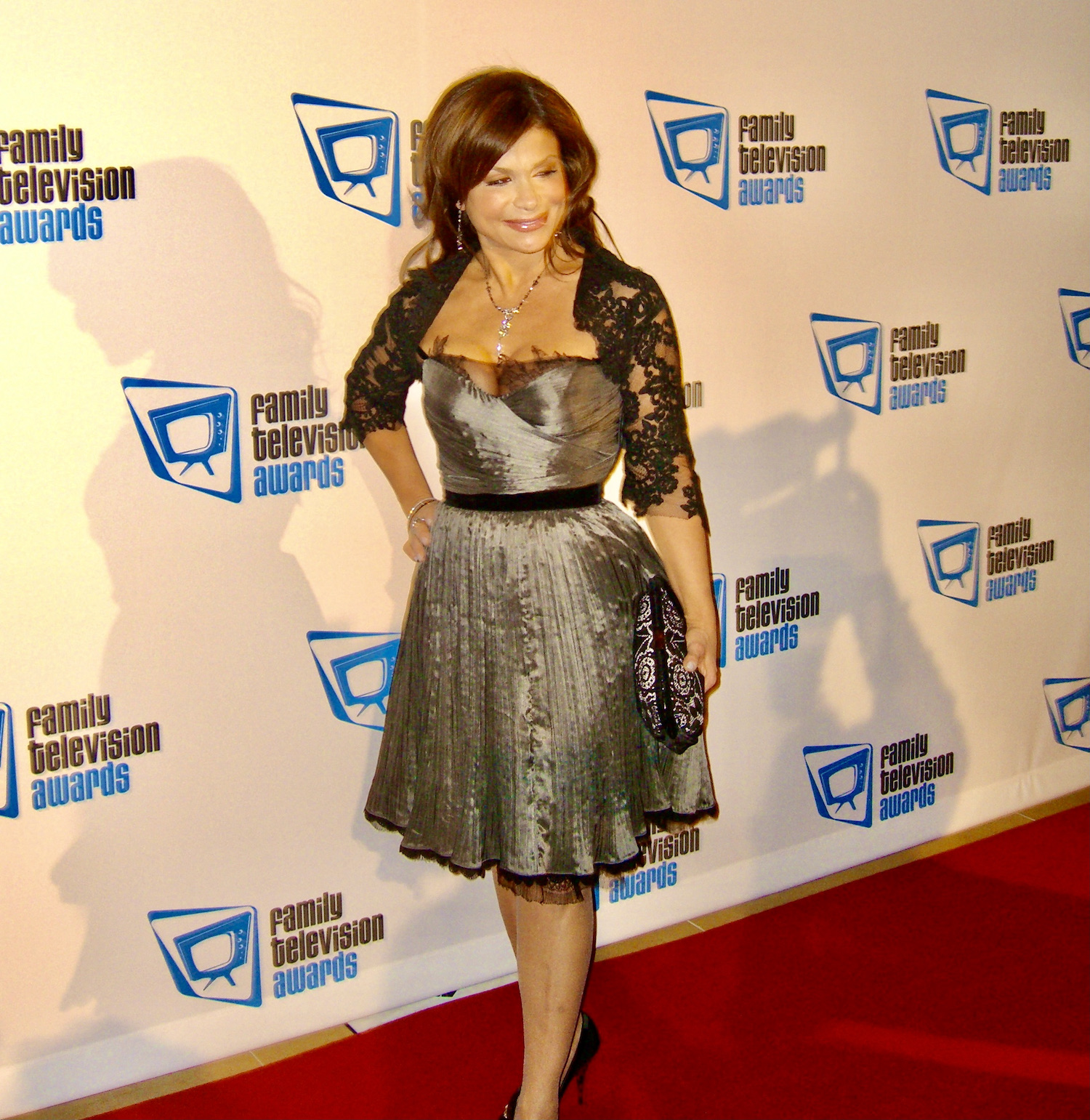 The beautiful and talented Paula Abdul was the highly anticipated star to walk the Red Carpet. I’ll tell you one thing for sure, she was stunning! Petite, sweet and gorgeous are a few adjectives that describe Paula Abdul. I found her to be very engaging and delightful.

When asked about the upcoming season on American Idol and the candidates so far, Paula replied, ”We will have the most unbelievable season yet!” When asked if she has picked this years winner? Paula replied, “This could be the season where all 12 contenders could all get record contracts. I’m telling you talent in abundance!”

Paula ended our interview by reflecting upon her past hit song, ‘Straight Up’ or (Do do, ya love me) as most of us recall this catchy 80’s song. She was asked how it feels to have such a popular song after all these years. Abdul answered, “You know it’s beautiful to have longevity in this business. To consider going back out on the road and knowing that 55 million people bought my record and I can go anywhere in the worked and phonetically sing my song is an exciting feeling.” Paula Abdul was definitely our main “excitement” for the evening! The American Idol show has helped so many promising singers and it’s also an entertaining show that the entire family can watch together.