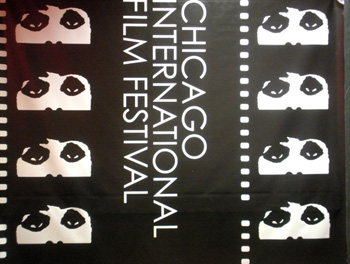 Sarah Adamson and Kay Eller were in attendance for the opening night of the CIFF, which featured the film, “Stone” starring Edward Norton and Robert DeNiro. The next day, Sarah interviewed both director John Curran and Ed Norton in Chicago. Here’s an excerpt from the review of “Stone.”

Here’s the link for the full review of Stone:

Here’s the link for the interview with Ed Norton and John Curran:

The film “127 Hours” was screened for press and Sarah attended, the review will be posted Nov. 12, 2010 as well as Sarah’s interview with Danny Boyle.

Stars Bruce Willis, Helen Mirren, Morgan Freeman and John Malkovich in a film about older hit men and women who gather together for once last job. The film lacks a focus and is all over the place in terms of action and plot. There are very funny moments as John Malkovich has some great comical scenes. Helen Mirren shooting a high-powered rifle didn’t work for me. -By Sarah Adamson

“Made in Dagenham” −USA

This film is England’s answer to Norma Rae! Sally Hawkins stars as a factory worker employed by Ford Motor Company. She’s chosen to step up and fight for equal pay. She soars in the role and is very endearing to view on-screen. An enjoyable and entertaining film based on true facts in the 70s when men and women did not have equal pay. I also loved Miranda Richardson’s character, as she too is well suited to the role. -By Sarah Adamson

For the past four years, Robert “Lil Dog” Crooks, a vigilante, has made himself at home on Patriot Pointe, a desolate desert surrounded by an infinite horizon near the Arizona/Mexico border. His days consist of watching the move of every illegal immigrant trying to cross the border into the U.S. He clutches his walkie-talkie to notify his fellow comrade of an immigrant spotting, only to see a U.S. Border Patrol helicopter flying overhead with every intention of capturing the illegals and taking them back to their homeland. All of the sudden, you hear his raspy, smoker’s voice yell, “Yeah! That’s what I’m talkin’ about,” flailing his arms in the air. That is the highlight of “Lil Dog’s” day, everyday. -By Jessica Aymond

Those of you who remember Candy Darling will want to see “Beautiful Darling” in order to get a glimpse of the person behind the persona. Those of you who know nothing of Candy Darling are in for a treat. With “Beautiful Darling,” featured recently at the Chicago International Film Festival, director James Rasin gives us a fascinating look at Darling, who, in the late 1960’s and early 1970’s, was a strong, magnetic presence among New York’s biggest artists, including Andy Warhol. She starred in two of his films, “Flesh” (1968) and “Women in Revolt” (1971). Darling was also featured in plays written by Tennessee Williams, and had songs written about her, the most famous being Lou Reed’s “Take a Walk on the Wild Side” (1972). Such was the glamorous side of Darling’s life. The not-so-glamorous side was one of a young boy, born in 1944, growing up on Long Island with an abusive, alcoholic father. James Lawrence Slattery knew from an early age, as early as kindergarten, that there was something different about him. His alter ego, Candy Darling, would not fully emerge until years later. Luckily for us, Darling kept a journal, and the documentary features passages, voiced by Chloe Sevigny (HBO’s “Big Love”), that give insight to the struggles that Darling faced throughout her life. -By Tina Cline

Here’s an interesting idea. First, create a website which encourages people of all ages from across the world to send in a question of global importance. Next, narrow down the thousands upon thousands of questions to one hundred. Then, choose 112 influential people from 56 countries to answer those questions, from the same location, simultaneously, while filming each of those people individually. Sounds a little overwhelming, doesn’t it? Apparently, not for director Ralf Schmerberg of Berlin, because that is exactly what he did. The outcome is the intriguing documentary “Problema.” This event, an immense think tank of sorts, took place in Berlin’s Bebelplatz Square on September 9, 2006, during a nine hour questions and answer session, led by Willem Dafoe and Nigerian human-rights activist Hafsat Abiola. The “Table of Free Voices,” as it was called, included artist Wim Wenders and human-rights activist Bianca Jagger, among other non-government leaders, writers, editors, physicists, and so forth. Edited to about 90 minutes, the film highlights a few of the questions, and some of the responses to those questions. Historical pictures and footage of world events are also edited into the documentary, adding another layer of interest. There is one undeniable truth about, “Problema.” It is thought provoking. -By Tina Cline

Kay Eller volunteered at the festival. She viewed an astounding 20 films in all and wrote her reactions to the following films:

As a fan of British humor, this tale of an ugly duckling with a new beak who turned into a swan. The film is based on Posy Simmonds’ novel of the same name. Tamara (Gemma Arterton) is seen wreaking havoc when she returns to her families’ estate after the passing of her mum. Appealing to many ages from teenagers, especially those remembering their boy band crushes, to the humdrum of married life couples, to finding your creative self and to finding true love. The English village has many laugh out loud twists and turns from the start and to the unexpected finish. -By Kay Eller

I’ve not traveled to Italy yet, but I viewed this film with my Italian friend who was laughing right along with me. I’d imagine an Italian family from a small village may have the reactions as did the characters in this film. When Old World family values collide with new world problems, this usually creates drama and lots of questions. Who will run the family pasta factory? Will the father survive knowing his son, Tommaso’s (Riccardo Scamarcio), first family secret? We are really not sure about all of this, but do know that after Tommaso’s secret is divulged other secrets start rolling off the tongues like runaway meatballs. Throw in an aging single Aunt, (still looking for love), an all knowing grandmother, a new business partner, a female who loves shoes and keying cars, and all I can say is hang on as this is only the beginning. A humorous tale, that sheds light on acceptance, the lengths we go in hiding the truth and how little we know our own family. -By Kay Eller

This is the colorful story of Kathi (Gabriela Maria Schmeide) a recently divorced mother of a teenage daughter. Kathi is extremely talented, but due to her weight and choice of clothing she is judged by her looks alone. The film teaches us not to give up against all odds and to even keep a sense of humor. Opening a salon is trying and we’re exposed to trials and tribulations of such a venture. Kathi has big dreams and is willing to do just about anything to reach them. You’ll laugh and sigh through her journey. She also has an unexpected romance. -By Kay Eller

This time it’s the mother Babou (Isabelle Huppert) getting the lecture from her daughter that it’s time to give up her bohemian lifestyle. Grow up, get a job, be on time − or she won’t be invited to her daughters wedding. You’ll be cheering and laughing at watching her mature, as she still finds a way to chase a life long dream. Babou is free spirited, big hearted and never loses sight of her inner child. -By Kay Eller

“Norman” stars Dan Byrd (Norman) and Richard Jenkins as the Father. If you’ve lost a parent or friend to cancer you’ll find an even stronger message as Norman (a teenager) has recently lost his mother. As fate may have it, Norman’s father is stricken with cancer. While trying to hide his father’s illness, Norman becomes the center of a rumor at school. At times you can’t help but want to applaud Norman’s strength in being all-alone to deal with the illness. On a brighter note, he does experience a first love, even if originally it was for all the wrong reasons. -By Kay Eller

“The Cameraman – The Life and Work of Jack Cardiff” −UK

If you have any interest in history and the making of films, this is a look into a man who was in the industry for over 70 years, he was still working on films at age 91. This is a treasure trove of film clips not from just the UK but Hollywood too. This really gives you a totally different perception in the making and now the viewing of a film for me. Plus, Jack is humorous in his commentaries. Also, I appreciated interviews from directors like Scorsese, Hollywood icons, K. Douglas, L. Bacall and many others. Cardiff also directed films too. This is a film to be viewed several times to absorb all the valuable information. – By Kay Eller

“Michel Cement, The Art of Sharing” − France (French with subtitles)

Michel Cement is called “France’s answer to Roger Ebert.” This educational film, centers on what made Cement such a respected and valued film critic both in France and the USA. Testimonies from all over the world are shared. His extensive knowledge of music, art history and advisement to film festivals will have you in awe of this critic. He educates you as to all aspects of what makes a film great. In addition, the ongoing war between the two highly regarded magazines of French film reviews. Cement suggests that in order to be a French film critic one should have to attend schooling. It will be interesting to see if he ends up teaching such a class, as he was also an English professor. -By Kay Eller

Directed by a Chicago favorite, Bertrand Tavenier. This 16th century romance is fueled by power, passion, war, sword fighting and stolen moments. A triangle of jealous suitors and historic landscapes round out the film. The Princess (Melanie Thierry) also shows a side of independence not usually seen back in that era short of few famous Queens. It kept my full attention and I was surprised at the ending. Just because there’s a castle and prince doesn’t mean it’s a fairytale, which makes the film all the more enticing. -By Kay Eller

It’s samurai action, love and corruption in politics. The film delves into the life of a widowed swordsman who was regarded as a man of high principles, one who, until the bitter end fights for justice. A very detailed film to be sure and takes you into the everyday life of Kanemi (Etsushi Tokyowaka) and his niece. The amazing facet is that she never loses faith in her uncle’s goodness and honor. -By Kay Eller

“Our Life”− Italy/France (Italian with subtitles)

A first hand, look into Italy’s working class and the struggles of Claudio, (Elio Germano) a widowed young father with an infant and 2 other small boys. The film shows how his siblings immediately help with the children, but also what he must do physically and financially to keep his family together. Claudio deals with blackmail and the troubles of starting up of his own construction company. With the help of family, firm beliefs and a never give up attitude, just about anything can be accomplished. -By Kay Eller