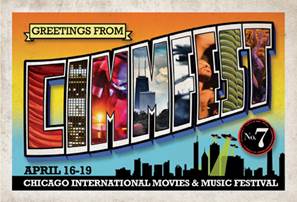 In the spirit of an election year here in Chicago, it’s time to bring out your inner film critic and vote for your favorites at the 2015 Chicago International Movies & Music Festival (CIMMfest) running April 16 – 19! The festival curators have, once again, put together an impressive and not to miss lineup of music, movies, seminars and special events.

It all kicks off this Thursday April 16, 2015 at Chop Shop/1st Ward where you can dance, drink and nerd out like the cinephile you truly are. The event is free and will feature Numero Group DJs from 10pm – 1am at 2033. W. North Ave.

Before I check out the opening night festivities, I’ll be screening Shake the Dust, a feature documentary from executive producer and rapper Nasir “Nas” Jones and journalist-turned-filmmaker Adam Sjöberg.

Shake the Dust explores and elevates the art of breaking (most commonly known as breakdancing) and demonstrates its connective, unifying power around the world. The film takes you inside war-torn territories, favelas and slums to shine a light on how breaking creates community and joy where they are often hard to find.

The Friday night screening of 808 (directed by Alexander Dunn) is next on my list and also much anticipated.  A feature hip hop documentary, 808 does a deep dive into one of music history’s most important instruments, the Roland TR-808 drum machine. With a dream line up of interviews, we hear first hand how the 808 affected and influenced iconic artists from 1980 to present day.

On Saturday I’ll be checking out Porch Stories and The Poet of Havana to satisfy my indie film appetite. Porch Stories is a fiction feature shot in black and white. Sarah Goodman’s thought-provoking film shares three tales, each seen from a different porch in the same multicultural neighborhood. 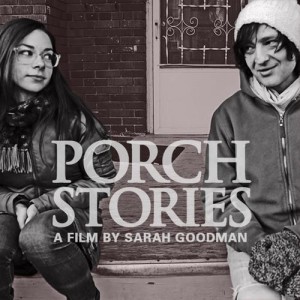 The Poet of Havana (directed by Ron Chapman) is a documentary shot in Cuba with unique access and explores the cultural, political and social significance of internationally renowned Cuban musician Carlos Varela. This film takes you inside his struggle for individual freedoms, his iconic career and connection to his fellow Cubans, and his efforts to bridge the gap between Cuba and the United States.

The CIMMfest 2015 line up is a window into the world and let’s you travel to places you may have never thought you’d go but are now inspired to discover. Get your tickets soon, they’re going fast!