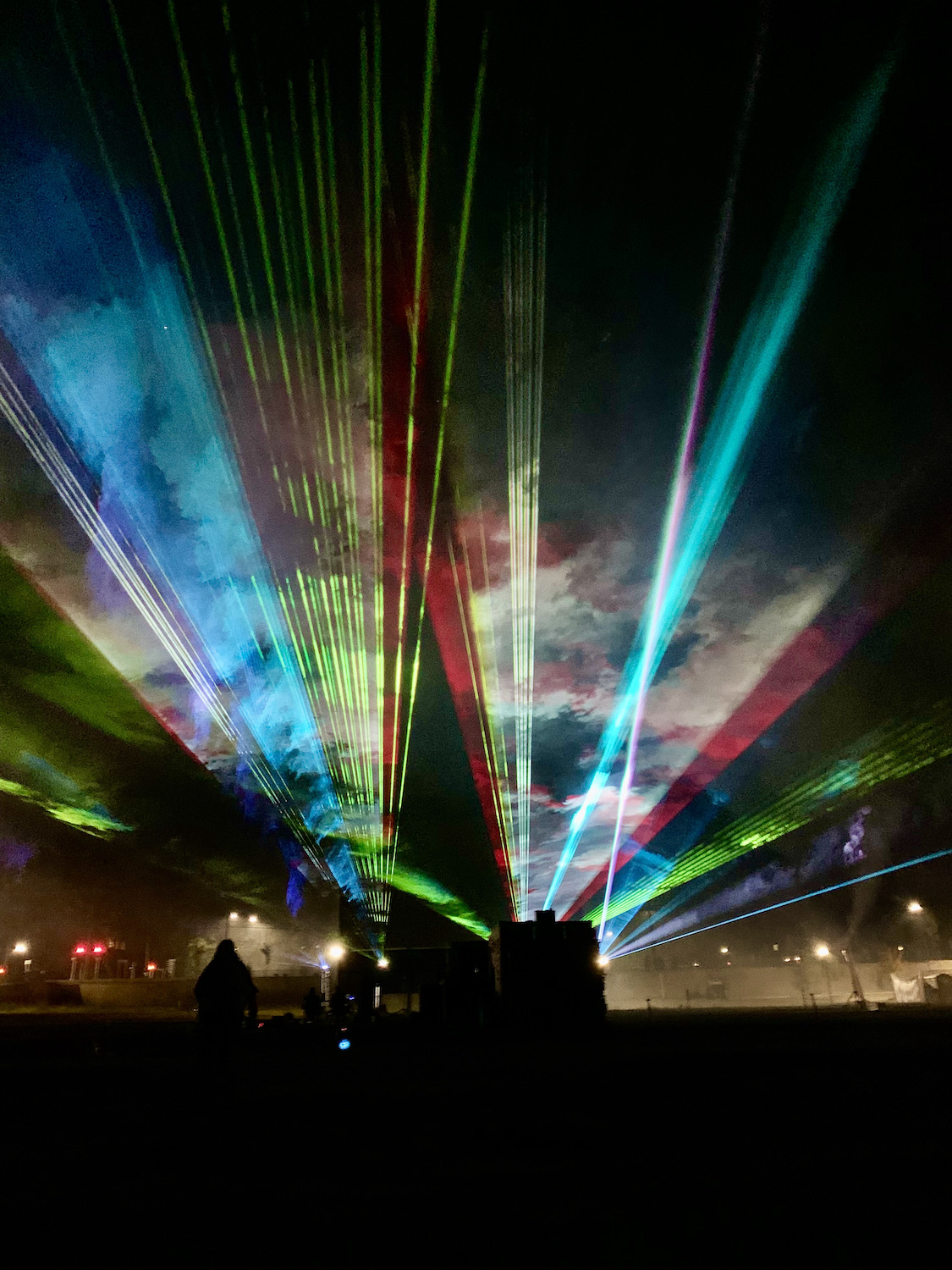 It was the perfect crisp, clear, twinkling-star Fall night for a gathering at Chapel Hill’s Caraway Village Drive-in. Nestled just off the highway with groves of trees as a backdrop, viewers settled in for Film Fest 919’s celebration honoring the legendary award-winning Hollywood songwriter Diane Warren as she received the Spotlight Award. 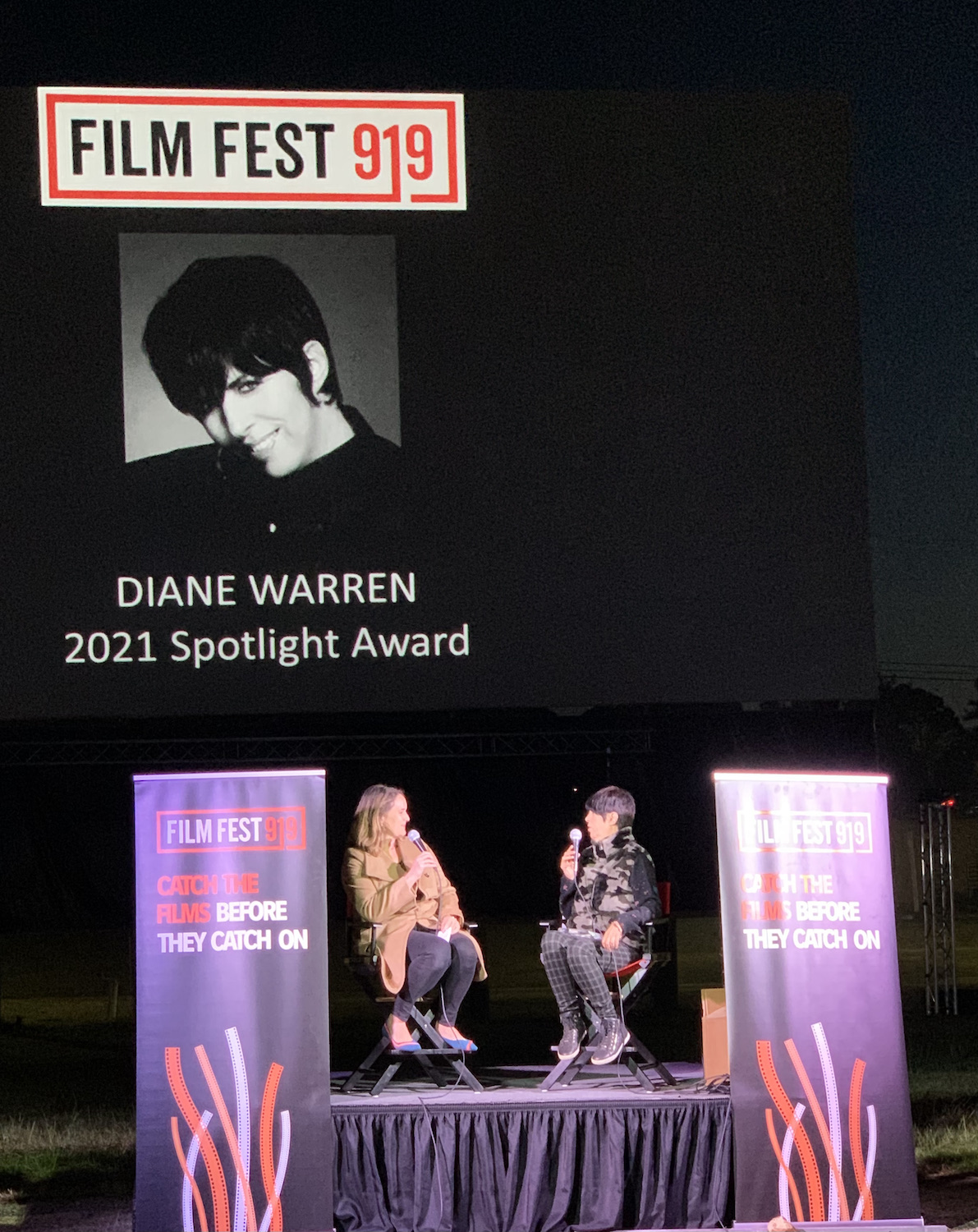 Attendees were able to discover more about Warren through a Q&A conducted by Vanity Fair’s Katey Rich. One discovery focused on the hit song “I Don’t Want to Miss a Thing.” sung by Steven Tyler of the band Aerosmith; when writing, Warren had actually imaged a woman singing the song to her lover—Tyler sang it as a love song to his daughter Liv Tyler. 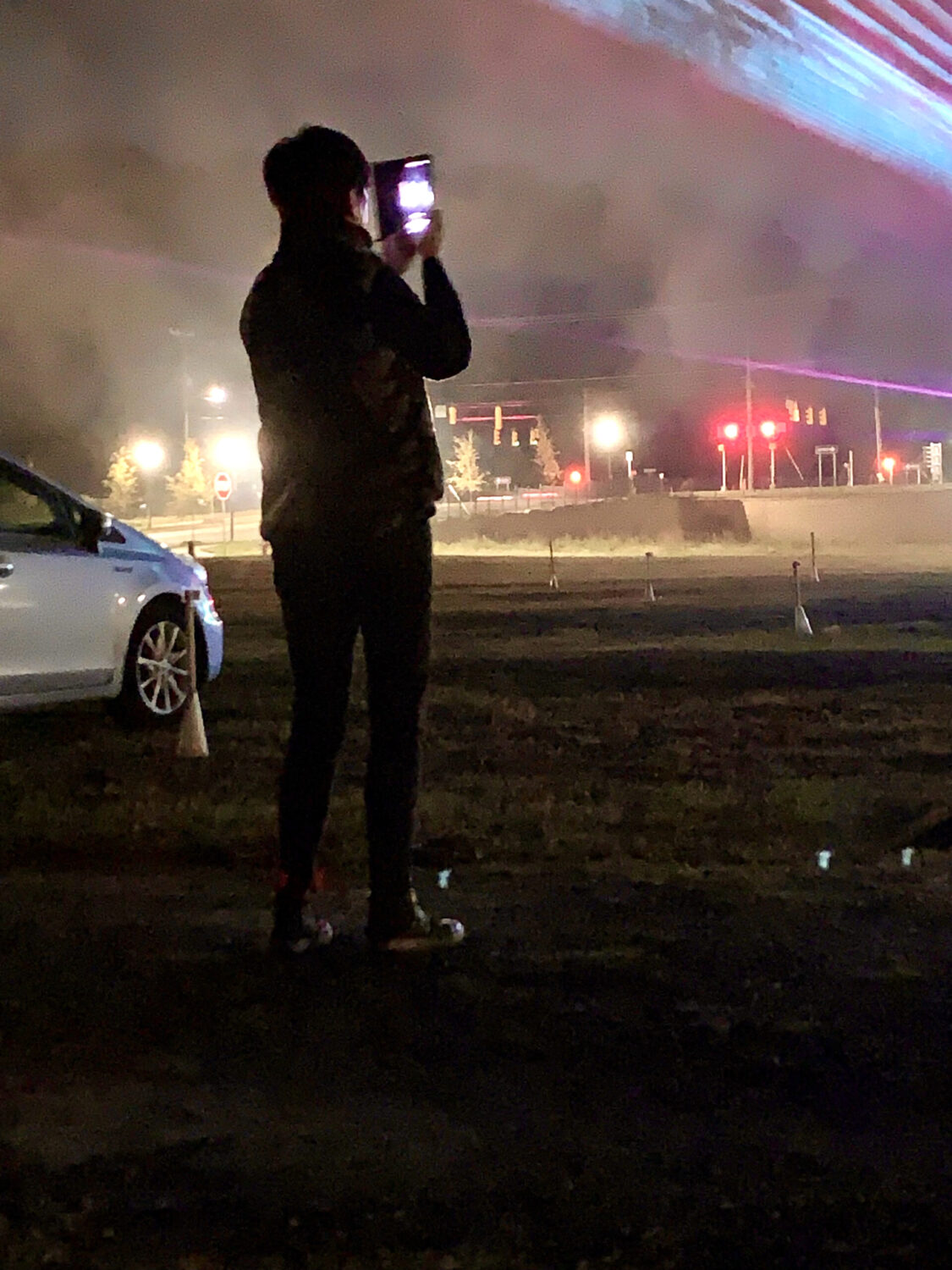 The Laser Light show presented by Optic Laser Media’s  founder and owner Sean Populorum spoke with me about the logistics involved in choreographing ten of Warren’s songs, creating an eye-popping display. 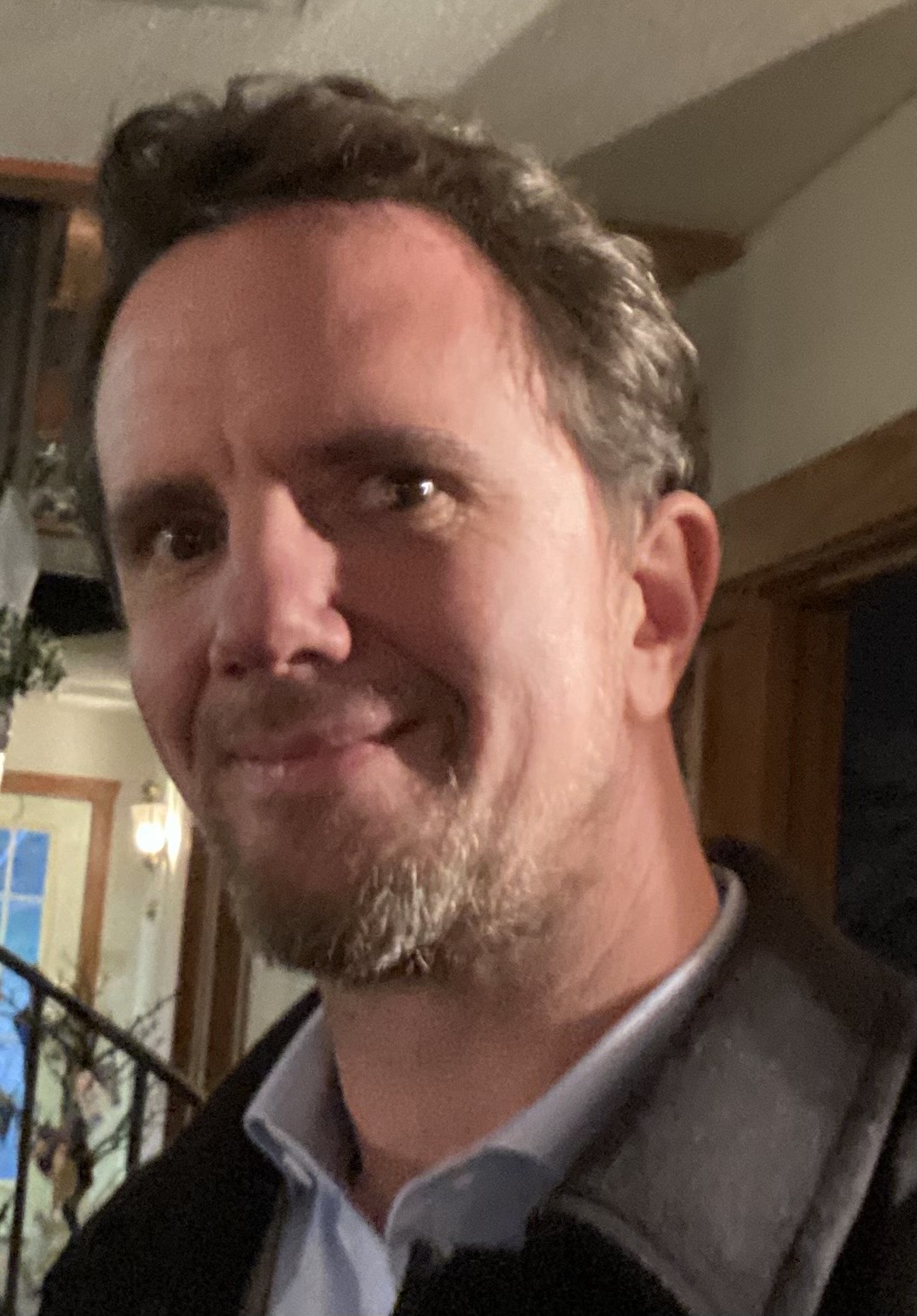 Sarah Knight Adamson: The song “I Don’t Want to Miss a Thing,” what vibe were you going for and if you can…explain the process a little with the special effects…clouds, smoke, etc.?

Sean Populorum: “I Don’t Miss A Thing” is a great ballad performed by one of my all-time favorite bands, Aerosmith. I wanted to create a “dreamy” look with single color chases to match the feel of the “heartbeat beating” in the beginning, then adding a subtle increase in energy as the song progresses. I have been a self-taught musician since I was 12 and have loved music since I can remember. This has enabled me to single out certain elements of the songs to create a visual according to the vocals, instruments, rhythm., etc. Those tracks choreographed and layered together create a visual “orchestra” of everything in the song.

Haze is a key element of doing laser shows and is quite the task to manage. After numerous attempts of different methods to maintain haze throughout the show, I have created a solution for dealing with the elements. It’s a trial by fire type of situation, and getting it right only comes from exhausting every possible method.

SKA: How do you create the shows to be different? I felt they all had a different feeling?

SP: Every song I listen to over and over with my eyes closed and visualize how the music looks. How does this sound, timbre, and feel look like? Should it be heavenly using certain shapes, or should it have bright beams spinning in circles etc. With that said, I literally transcribe songs note for note creating a unique visual experience for each song. 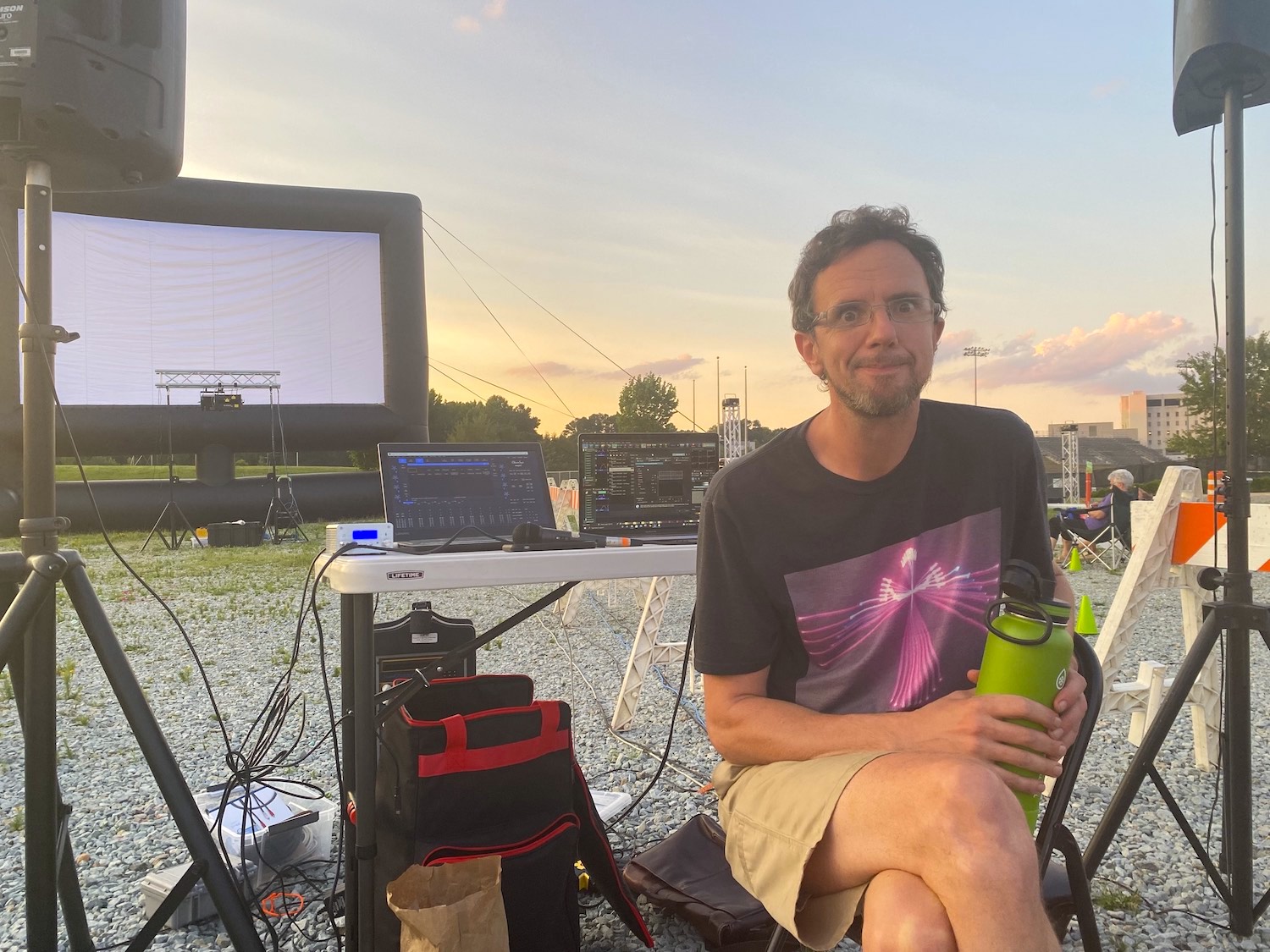 SKA: What was your most challenging song to choreograph?

SP: The most challenging song was the mash-up of “Never Gonna” by Blanco Brown and “Somehow You Do” by Reba McEntire. They both are low tempo, and to capture the feel, I had to dig deep with various looks and shapeshifting. Ironically that track became my favorite piece because it pushed the boundaries for me to create a visual of the elegance and rhythm of the songs.

SKA: Anything else you’d like to say about the show? It appeared to me the conditions were perfect that night.

SP: Choreographing a 35-minute laser show takes weeks in the studio to transcribe. Producing an outdoor laser show takes a team of people to pull off successfully. When you add those two together, it takes a lot of work, but the great thing is that this is my art and my team’s passion; I can’t think of anything else I would want to do, it’s a labor of love, and I will be doing this until I’m somehow blinded by lasers.

The event created a memorable evening for all, including Diane Warren, whom I sat a few seats over and interviewed the next day via phone—I told her the event gave me chills, and she replied—me too!