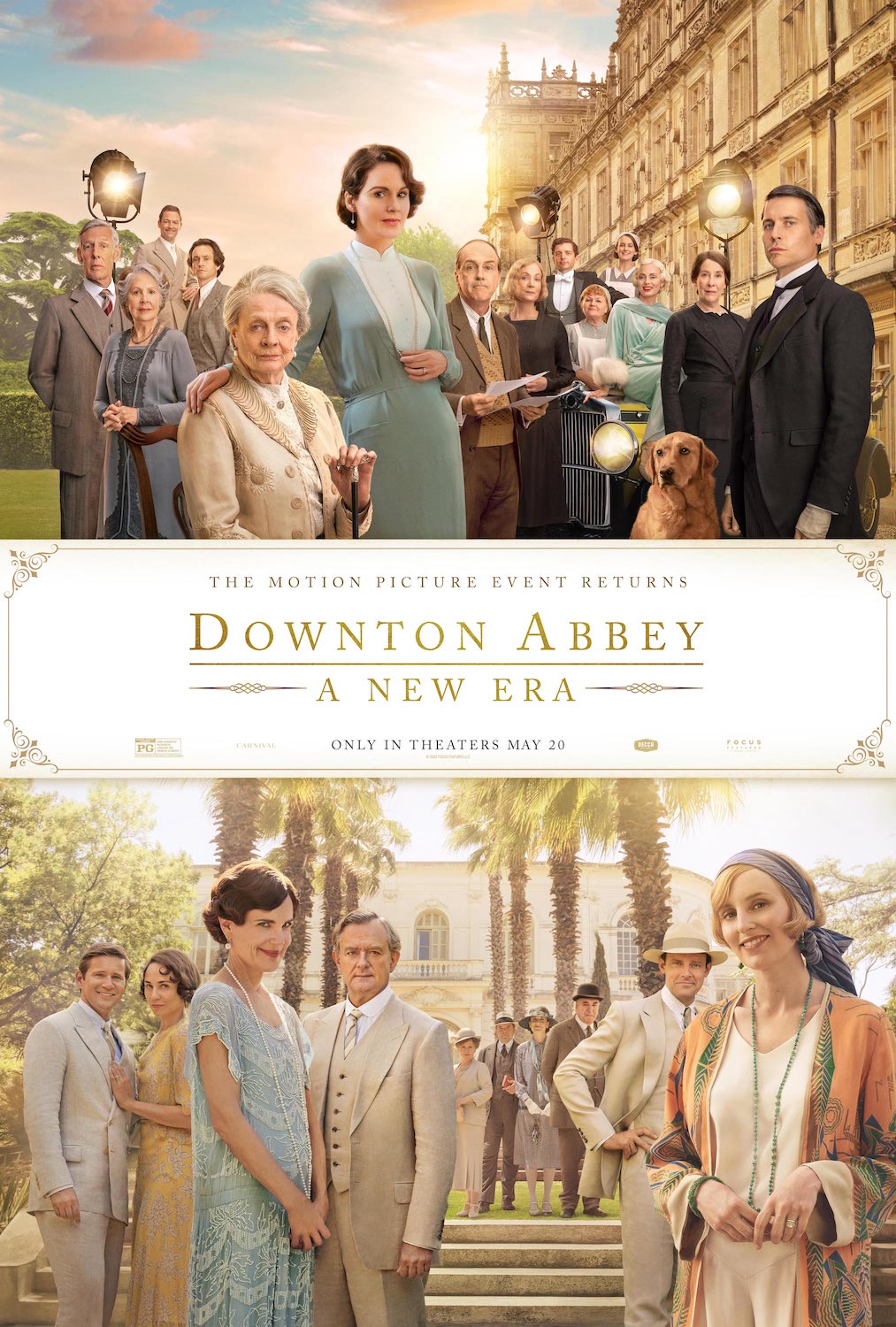 Who’s ready for palm trees in a “Downton Abbey” movie? The French countryside never looked more lovely than in director Simon Curtis’s sequel to “Downton Abbey.” Opening in theaters, the cast reunites to discover a mystery centered on Violet,, played by the amazingly talented Maggie Smith—it seems she’s inherited a villa in the south of France, and she’s thrilled, yet her family is full of questions. A dual storyline finds Lady Mary (Michelle Dockery) in a dire financial position surrounding the upkeep of Downton Abbey. She accepts an offer by a film director (Hugh Darcy) who’d love to create a silent film at Downton Abbey, of which the garnered funds solve the problem of repairing the leaky roof. The result is refreshing and comical, with gorgeous scenery, with a well-known charming cast.

Opening with the marriage of Lucy Bagshaw (Tuppence Middleton) and Thomas Branson (Allen Leech), the couple we saw last in the ending of the previous film, setting the stage for the next generation. However, their story is a bit side-tracked by the making of a silent movie in Downton Abbey. Casting Hugh Dancy as the charismatic director Jack Barber and the Bafta-winning actor Dominic West as the dashing leading man Guy while the always primping, gorgeous, yet snobby Myrna, as Laura Haddock creates a winning combination. West channels the late Clark Gable with his good looks and debonair persona. In contrast, Haddock channels Eliza Doolittle in “My Fair Lady” the moment she opens her mouth to speak. Her beauty can’t hide her high-pitched Cockney dialect typically spoken by working-class and lower-middle-class England. Her dialect presents a further problem as talkies are all the rage which presents a dilemma for Myrna.

The ever-brilliant Maggie Smith is the star here. Her seasoned presence is pure joy to behold; when she’s on-screen, the film comes alive. Smith’s performance is excellent, and she just may be nominated for an Academy Award. Her scenes with all are touching as well; Hugh Bonneville, and Elizabeth McGovern, are her anchors as well as Michelle Dockery. My advice is to sit back, munch on your popcorn, and enjoy these wonderful actors entertain us with their trivial quandaries and dreams as they look to the future.