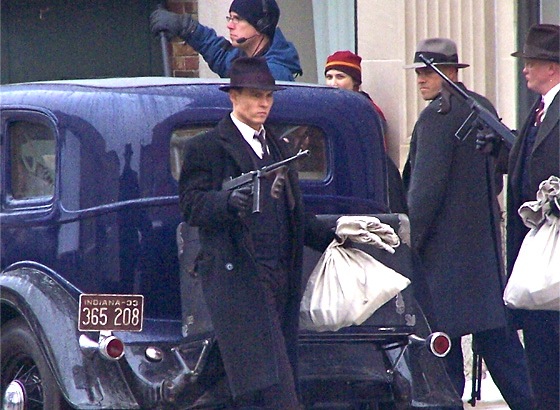 If you happened to walk onto the film set of “Public Enemies” you’d find menu items at Bob Elfemans Diner written as American Cheese Sandwich 20¢ and Fried Ham Sandwich 50¢. This was one of the businesses that were fashioned to reflect the 1930’s movie set of Public Enemies.

I visited the movie set in Columbus, Wisconsin and must say it was magical. Two city blocks had been transformed by Hollywood set designers to recreate an authentic 1930’s town. Complete with cobblestone streets, vintage cars and just about every typical local merchant you could think of back in the day. The attention to detail was impressive. Not only had the front of the businesses been transformed but many of the interiors as well. In this picture you can see that Bob Elfeman’s 1930’s Diner was completed on the inside with stools, dishes, menus, and a clock that is set at 4:38.

The bank where most of the filming takes place is actually an Art and Crafts Gallery owned by Kim Bates who lived in Naperville, Illinois  before moving to Columbus. Kim taught Home Economics at Naperville Central High School and North High School. Kim shared her encounter with Depp as she was on set for a day of filming. 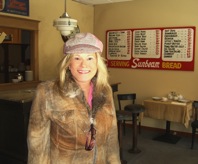 “John Dillinger (Johnny Depp) and his gang were supposed to run out the front of the bank and leap onto a moving car while shooting their Tommy guns,” recalled Bates. The scene took over 45 takes and was filmed from about 10:00 am until 6:30 at night.

So what’s the infamous Johnny Depp like on set? “Very focused” are the words that have been used most to describe him. He does joke around with other actors but basically he’s all business. Kim told me that he signed autographs at the film camp base for over an hour after filming all day. She said he greeted fans and was very cordial. 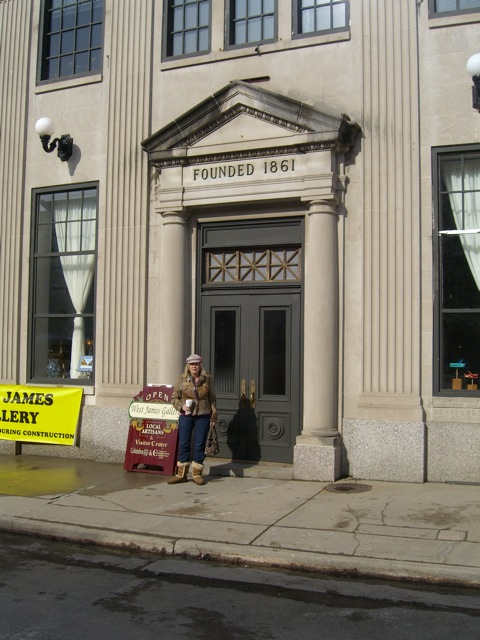 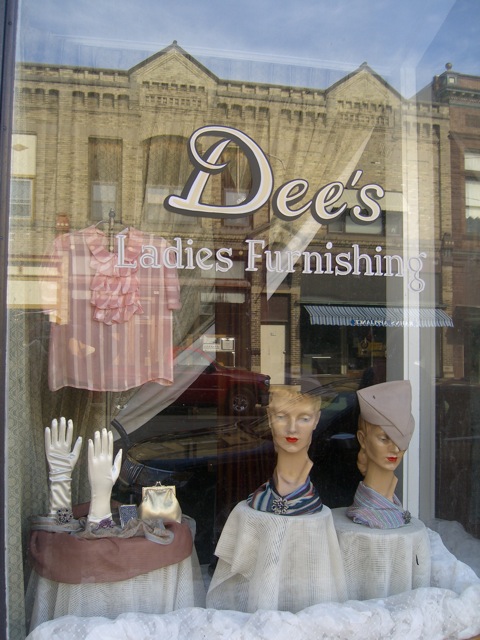 Naperville actor Jack Guatus has been working in Public Enemies as a double for one of the main characters. Guatus had a great time on the set and wanted to let me know that a background actor Bret Caputo was actually given a line in a prison break scene. It was a thrilling moment on the set. I can’t image the excitement as this is a rarity in movie making. Johnny Depp gave the newfound actor a special bottle of wine when the film wrapped for the day.