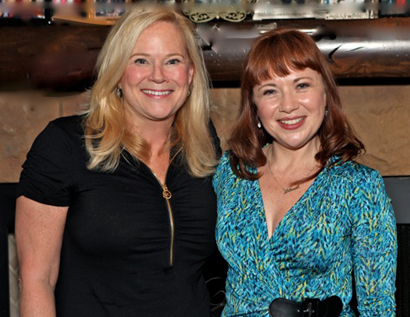 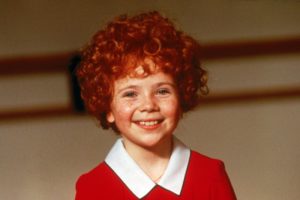 “Annie,” the popular 1982 musical film, celebrates its 30th anniversary this year and Hollywood Palms Theater in Naperville celebrated in style. On March 25th they brought the star of “Annie,” Aileen Quinn, to the theater and provided special showings of the film. Fans were thrilled to meet the adorable, redheaded, spunky girl, who played Annie so many years ago. 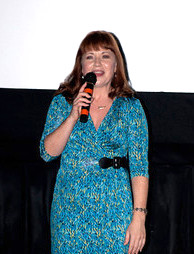 Quinn signed autographs, posed for photos and conducted a Q&A before the screenings.

Fans came dressed as Annie in full costume including the famous redhead wig. Sandy Hope of Naperville said, ”I made this costume for my little girl Lyla and she wears it all the time because it’s her favorite movie.”

During our interview, Quinn was asked about the audition process for the part of Annie. She replied, “8,000 girls tried out and not just in the United States, I believe England, as well, and Canada. For me, it was a long process. When you’re a kid you don’t think about it but I believe it was over 8 months and I had 8 auditions. I just kept going back.

There are so many great stars in the film: Albert Finney, Ann Reinking, Tim Curry, Carol Burnett, Bernadette Peters…and the famous director, John Huston. I was wondering if any of them had reached out to Quinn during the filming and made attempts to make her feel more comfortable?

Quinn replied, “The entire cast made me feel comfortable, immediately. They treated me 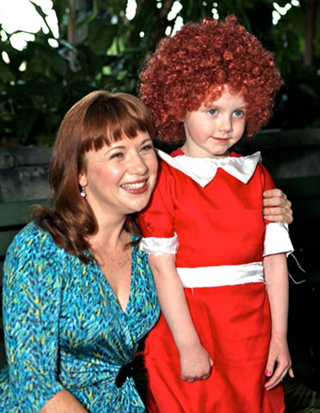 like I was their daughter or their little sister. It really was a family atmosphere. I didn’t feel like it was this pressure. I mean, when you have Albert Finney, while you’re waiting for a camera set up, telling me jokes and playing games, how could you not feel comfortable? It was just like hanging out with your friends and family.“

And what about Quinn’s favorite song from the movie? She replied, “I know this is going to make everyone a little bit sad. I love ‘Tomorrow’ but my favorite song is not ‘Tomorrow,’ it’s ‘Maybe.’ I just think it’s so beautiful and I’m a sucker for a ballad.” 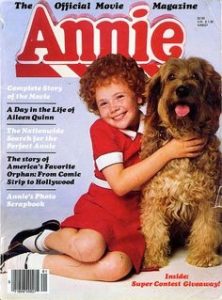