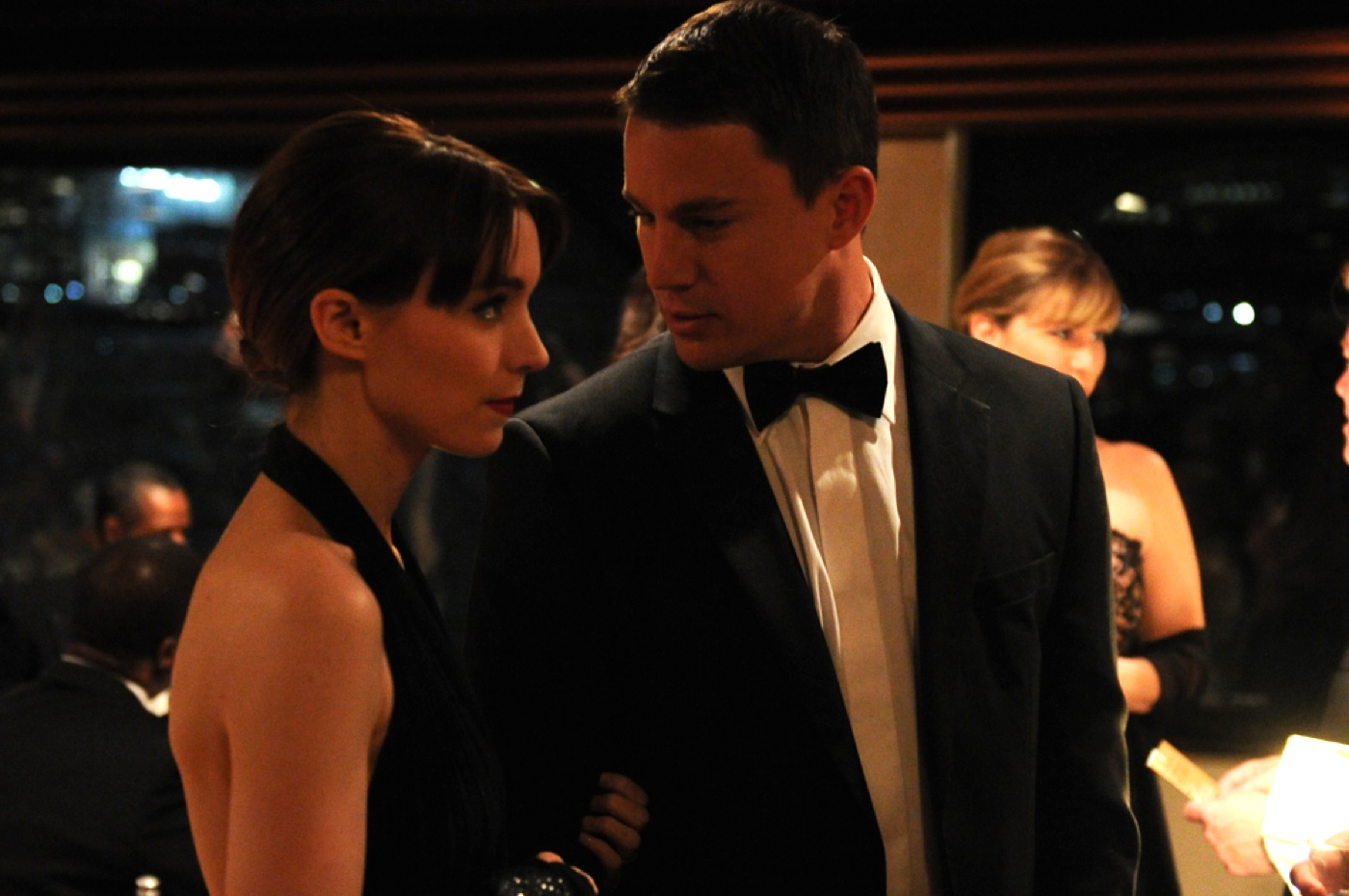 Warning: May Cause Shock and Awe

Academy Award winning director Steven Soderbergh (“Contagion” 2011) prescribes audiences just the right dose of volatility in his latest and last (or so he says) film. “Side Effects” is a conventional, neo-noir thriller set in the world of psychopharmacology. It may not be “Contagion,” but it is a smart film with a “did that just happen?” factor.

In this intermittently paced suspense, topped with a Hitchcock feel, the first scene slowly winds audiences through a small Manhattan apartment and pans across a model size sailboat holding a card. The faint sounds of movement in the other room cause a curious and innocent sentiment…until the camera meets a trail of blood along the wooden floor. Abruptly, we flash back three months to explicate the horrific scene.

Emily Taylor (Mara) has been anxiously awaiting her husband Martin’s (Tatum) homecoming after being locked up in prison for the past four years. Their promising future took a screeching halt when Martin was cuffed for insider trading on their wedding day in Connecticut. Ever since, Emily’s life had taken a turn for the worse as she’s relied on antidepressants. Their reunion was met with bittersweet emotion on Emily’s end. After Martin’s release, she attempted suicide and was prescribed the latest drug by her new psychiatrist, Jonathan Banks (Law), who quickly becomes a rock in her ungrounded life. Dr. Banks begins consulting Emily’s former doctor, Victoria Siebert (Zeta-Jones), about Emily’s background and, suddenly, things are not adding up.

The accompanying score by Thomas Newman does not go unnoticed, and as expected from his legendary work, Soderbergh’s direction is unmatched. Burns’ screenplay continually keeps us guessing and, before we know it, several curve balls are thrown our way. While not all of these (one-too-many) twists seem realistic, they crop up so fast that you don’t even process that realization until afterwards. There are a few periods where the film seemed slow but that is certainly redeemed in the end.

Despite the story’s unappealing foundation of depression and prescription drugs, the script allows the actors to display a multitude of characteristics in the blink of an eye – innocent and gentle to sly and ferocious. Producer Lorenzo di Bonaventura said it best when he described this mystery-drama as a story built on the primary notion that we don’t really know what these medications are doing to us, but our society has come to rely on them. In the end, it is up to the viewer to decide if this dependence is good or bad.

Mara’s irritable and charismatic character is different from her severe role in “The Girl With the Dragon Tattoo.” We watch her intently as we never know her next move. Tatum, who worked with a dialect coach to create a more enunciated manner of speaking for his white-collar businessman character, plays the complete opposite role from his stripper character in “Magic Mike” (also directed by Soderbergh). We want to trust Law, who starred in “Contagion,” and sympathize with him as he is hit with pressure from all angles, surrounded by doubters, even his wife (Vinessa Shaw). The fact that he is not a hero or a villain also throws audiences off course. Zeta-Jones is determined and dominant, much like her character in “Broken City.”

The film was shot primarily on location in and around New York City. Soderbergh said he always prefers to shoot in practical locations if possible because it provides a level of realism that can’t be matched on a soundstage. Trademarked filming techniques seen in Soderbergh’s previous films are also applied in “Side Effects” – unique framing, shallow focus and obscure angles. Other than a flashback scene to the happier days, which uses warm and bright colors, the film features a solemn, blue-grey palette, reflecting the winter setting and dark subject matter. Di Bonaventura said that the confined spaces of New York City apartments energized Soderbergh because he could pick angles that he wouldn’t normally choose because of the limitations.

Bottom Line? “Side Effects” is like a nourishing, slow and steady IV drip with a shot of adrenalin when you least expect it.