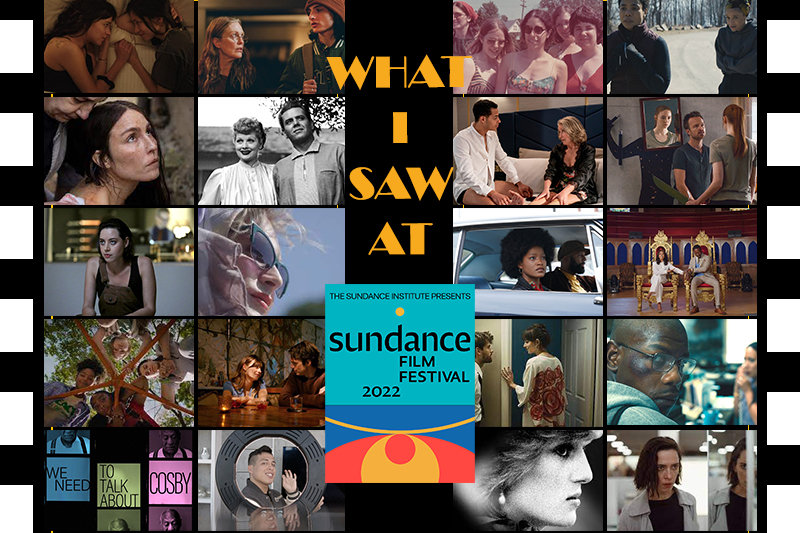 Despite not physically being in Park City, Utah, and walking to movie theaters in freezing cold weather—reporting from outside Chicago surrounded by mounds of snow and sub-zero temperatures do veraciously set the atmosphere. See the sunrise photo just now taken in my snowy backyard. 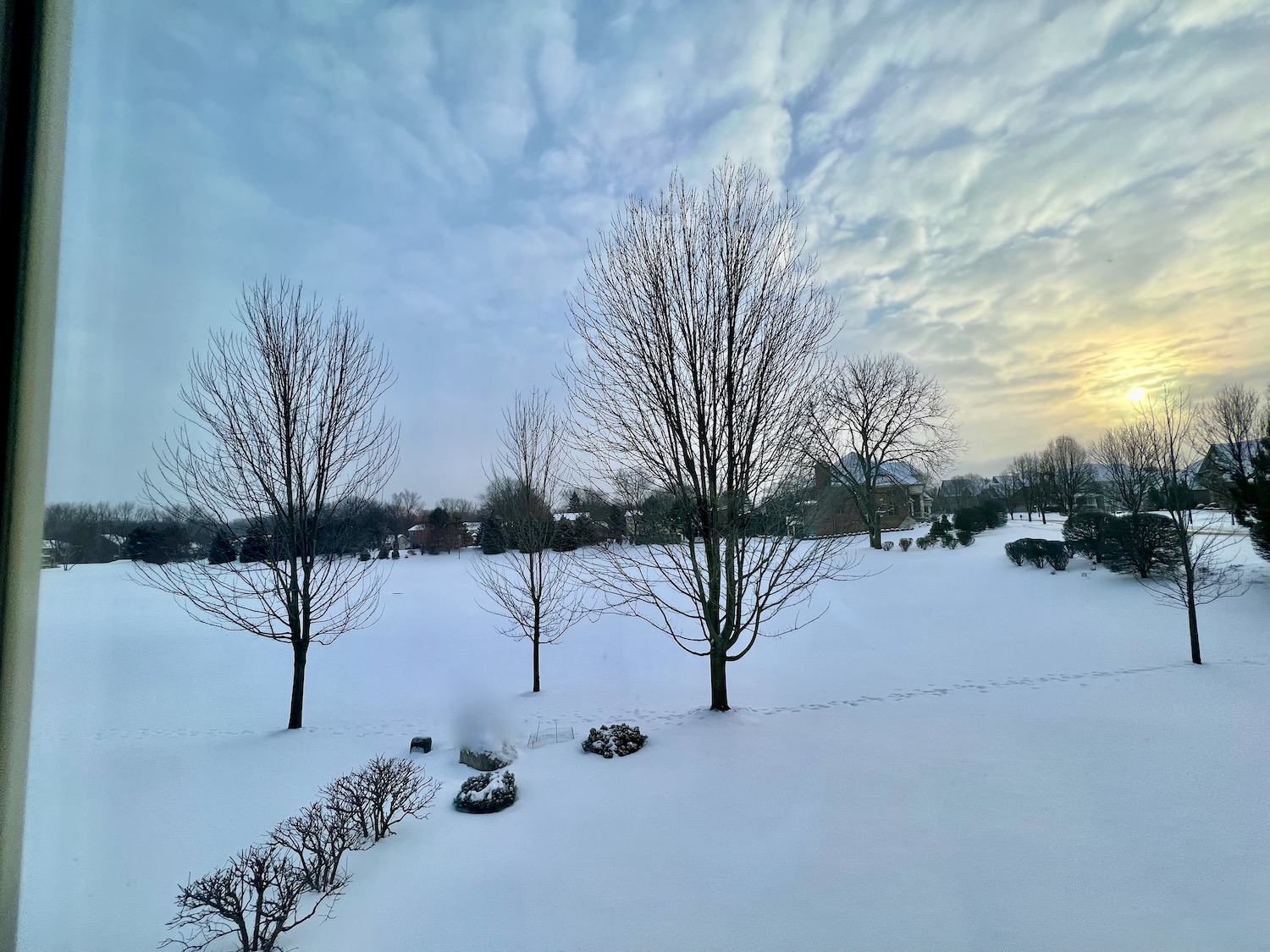 Festival organizers presented a virtual experience, of which I must commend the group, as the ten days ended on a tremendous note for me personally. From the welcome speeches, Robert Redford’s address, and the ongoing filmmaker Q&A’s offers a plethora of film options. In stepping back from the virtual festival, I can say that I feel enriched by the experience and excited mainly about the fact that so many female directors are in this realm.

My favorite film of the 20 films I screened is hands-down Amy Poehler’s excellent documentary film, “Lucy and Desi.” Lucille Ball’s daughter Lucie Arnaz’s personal insights were invaluable in painting an authentic portrait of her parent’s marriage and love. 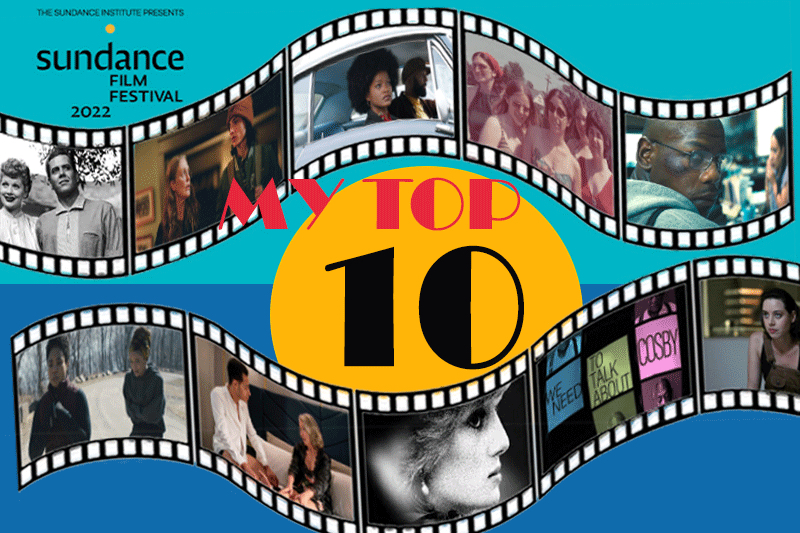 How could we truly know the powerhouse couple’s dealings in Hollywood? Amy Poehler said,” We were lucky enough that the estate really opened up a whole new world for us, and we were excited about hearing Lucy and Desi tell their story in their own words,” Poehler says. “There’s an incredible amount of information that’s public, and there are tons of ways in which to tell the story, but we really wanted to try to stay inside their relationship and, in many ways, their heads and hearts throughout it.”

Poehler also commented on the fact that too often, we start to turn people into icons and geniuses and forget that they are human. “Every time we got back to the humanness of it all: pioneers, outsiders who took big risks and who also had to maintain a relationship, and a very public one, at the same time.” Their personal lives were challenging as well, and the documentary shows those instances as well as the struggles with working women, immigrants, and mixed marriages.
Poehler said, “They were true mavericks in a system that certainly wasn’t encouraging immigrants and people of color and women to run studios and to be the bosses and to be high status in the 1950s.” 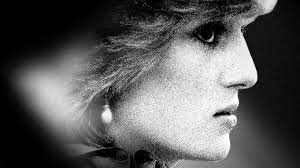 In looking at my top 10 films, including my eleventh choice, the documentaries were all fantastic. “The Princess,” directed by Oscar-nominated British filmmaker Ed Perkins, provides us with surprisingly archival Princess Diana footage I have not seen. I am fond of Diana, as my husband has lived in London twice and I’ve visited there over 50 times. When speaking with my London friends, the word they say use to describe Diana is love, plain and simple they love her. When referring to the royal family, the conversation about a new royal birth is stated, “Oh yes, we’re having a boy.” Not the royal family is having a boy; the entire country is having ‘their’ boy. I find this close association to the royal family fascinating, and the film brought all of this back and more. It has been almost 25 years after her death in Paris, and yes, I remember where I was when I watched the breaking news on TV, just as I had awakened at 5:00 AM to view her televised wedding. Perhaps my insights will clarify the emotions seen on the faces of the people in Britain as they truly mourn ‘their’ Princess. Perkins stated during a press session at Sundance, “Over the years, this story has probably been told more times over the storytelling genres than almost any other. We felt we should only take this on if we felt we had something new to say or a different perspective or vantage point from which to say it.” 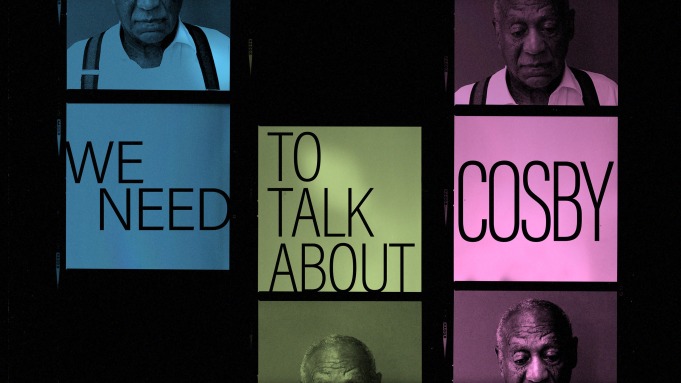 “The Janes,” “We Need to Talk About Cosby,” and “TikTok, Boom” all presented information that paints a much clearer picture of the subject. As much as I now detest seeing even a photo of Bill Cosby, the four-part series has opened my understanding of how this serial rapist went about his life without being called out. My heart goes out to all of the victims as in addition to being molested; they were made to feel shame and embarrassment by Cosby, who we all know is a calculating monster.

In viewing the film “The Janes,” I felt a connection as the film takes place in Chicago, presenting all the workings of an underground abortion group in the 60s and 70s. Who knew? Again, my eyes were opened to courageous women helping one another during an extremely challenging time. Lastly, I enjoyed the “TikTok, Boom” film as it covered childrens’ risk with pedophiles, and what has been done about that as well as the teen stress, anxiety, and burnout to continue to top their last video.

The dramatic top ten features were all excellent, with my favorite, “Emily the Criminal.” Filmmaker John Patton Ford said in the introduction that after film school, he struggled to even pay the interest on his student loans, and that sparked his idea to create a film about never-ending debt. Emily’s strong, take-action performance as an anti-hero is one to watch; she and criminal Youcef (Theo Rossi), whose goal is to help his mom, have much in common. Yes, they are an unlikely pair, although they both appear to have genuinely good hearts. I loved this film.

“892” is a thriller hostage drama film written and directed by Abi Damaris Corbin and co-written by Kwame Kwei-Armah. The film stars John Boyega, Michael K. Williams, Nicole Beharie, and Connie Britton. Williams (Eli) is a stand-out as a crisis negotiator during a dangerous standoff. His attempts to diffuse the situation is carefully worded; he’s calm, cool and collected. What intrigued me from the get-go is the fact that it’s based on the true story of Brian Brown-Easley (John Boyega), a 33-year-old Iraq War veteran who walked into a Georgia Wells Fargo in 2017 with a bomb. He was at the end of his rope and demanded that the VA give him the money he was owed.

Both “Alice” and “Master” have similar themes of racial injustice and what it means to be black in America. “Alice” stars Keke Palmer in an excellent performance of a young woman who escapes a secluded plantation where she’s been treated all her life as an enslaved person. Her owner is cruel and untrustworthy, the hitch; she doesn’t know it’s 1973. “Common” stars as a local farmer who helps Alice not only free her family, but to also take revenge on her captors. “Master” is a supernatural horror film staring Regina King in writer-director Mariama Diallo’s debut feature film. It sets out to explore the institutional racism in Ivy League universities by centering on three Black women, a student, a dean, and a professor; the film documents their experiences. We are also shown how its unsavory history affects their relationship dynamics.

The film “Good Luck to You Leo Grande” surprised me as seeing Emma Thompson’s name associated with any film that would garner an R rating, and not for violence or language, the reason is nudity. I’m certainly not judging here; I was simply pleasantly surprised to see Thompson in this type of role. She plays a widow whose husband never really pleasured her in a mutually satisfying way. She takes control of her life and calls an escort service to remedy the situation, and in walks drop-dead-gorgeous Daryl McCormack as Leo. Thompson has said in interviews, “I don’t think I could’ve done it before the age that I am,” she said. “And yet, of course, the age that I am makes it extremely challenging because we aren’t used to seeing untreated bodies on the screen. We’re used to seeing bodies that have been worked on for a long time to make them acceptable to our eyes. It’s time we did more to change that,” she continued. The ‘yin and yang’ dialogue in the film is lovely, as is their chemistry; one minute, you’ll be laughing, and the next, you’ll contemplate a serious statement. Stay for the ending, wow, very powerful; congratulations to Thompson for having the courage to show an actual older woman’s body. It truly is a beautiful moment.

“When You Finish Saving the World” is a comedy-drama film based on Jesse Eisenberg’s 2020 audio drama of the same name. In his directorial debut, the film was written and directed by Eisenberg. It stars Julianne Moore and from ‘Stranger Things” Finn Wolfhard (Ziggy) as mom and son. The film’s storyline centers on a rigid mom with high expectations. Her son finds solace by performing original songs to his video followers. I appreciated the performances by both leads and the authentic script narrative. 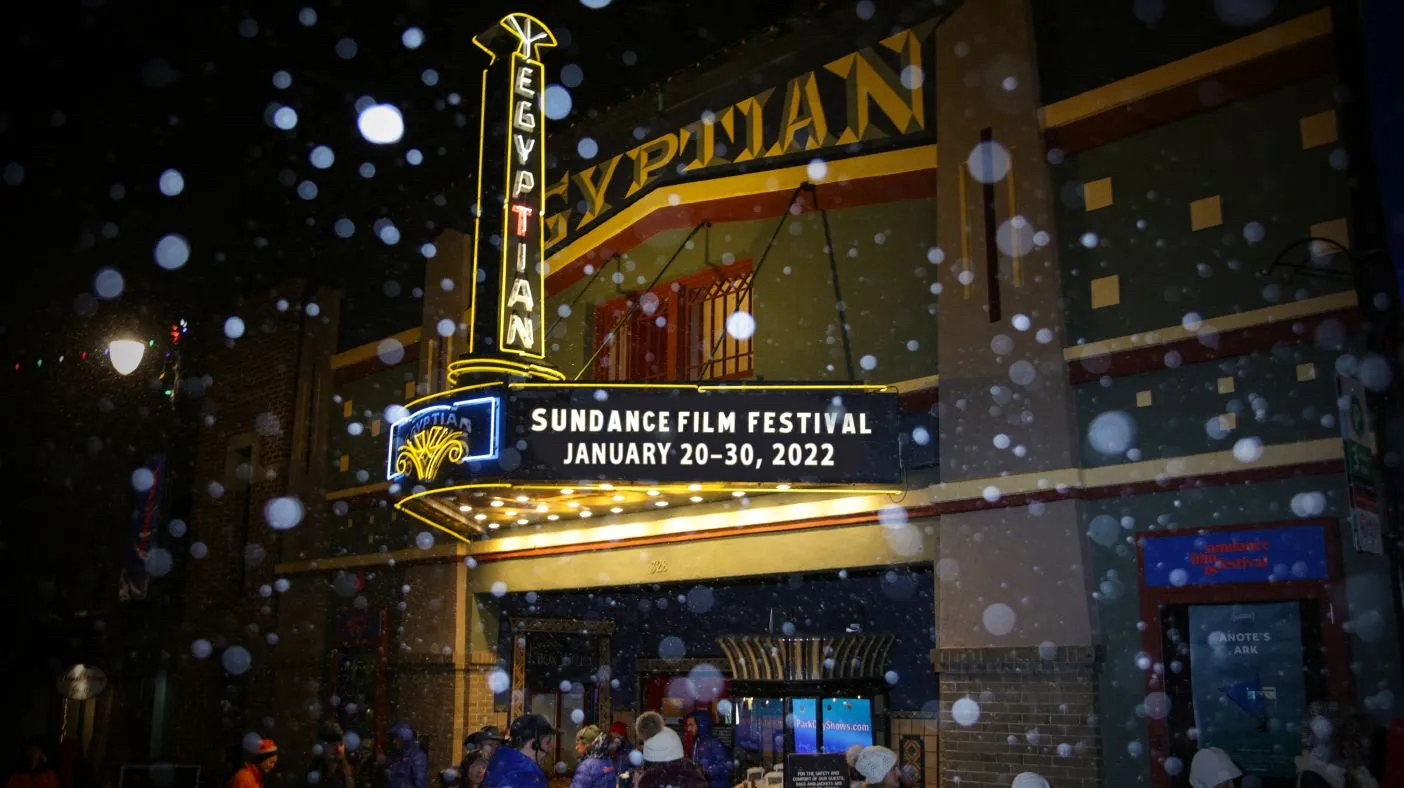 I can say the Sundance festival offerings provided a variety of interesting and diverse offerings. Navigating any festival for the first time is often tricky, and I was able to find help when I needed it and answers to questions. I look forward to attending next year in person and experiencing the historic Egyptian Theater; until then, I may be able to see a few more of the winners’ films that were announced a few hours ago.

Films with a ★ are mentioned.